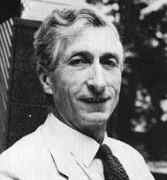 Charles Coulson's mother was Annie Sincere Hancock, a headmistress and the daughter of an inventor. His father was Alfred Coulson who became Principal of Dudley Technical College and went on to become an inspector of technical colleges. Annie and Alfred Coulson had two children, twin sons Charles and John. The family were Methodists and Charles and his brother were brought up in a very religious home; Charles' whole attitude to life was dominated by his Christian upbringing.

Charles was educated in Dudley up to the age of ten at which time his father joined the technical college inspectorate for south-west England and the family moved to Bristol. In Bristol he attended the XIV Preparatory School, winning a scholarship to attend Clifton College in 1923. Five years later he won an entrance scholarship to Trinity College, Cambridge, where he studied the mathematical tripos before going on to also study the natural sciences tripos. He was a first class student in part two of both tripos examinations; mathematics in 1931 and natural science in the following year. Not only did he study a wide range of mathematical and scientific subjects but he also found time to play quite a bit of cricket and chess, being excellent at these two rather different games. He also became the leader of the Cambridge University Methodists.

After graduating he was awarded a research scholarship and began research under R H Fowler. Later he undertook research on molecular orbital theory under J E Lennard-Jones. Winning a prize fellowship in 1934, he was awarded his PhD in 1936. In 1938 he married Eileen Florence Burrett whom he had met since both were involved with the University Methodists. She was the daughter of a house furnisher from Leeds and was training at Cambridge to become a school teacher. Shortly after their marriage the couple moved to Dundee where Coulson was appointed as senior lecturer in mathematics at Queen's College, part of the University of St Andrews. As a devout Methodist, Coulson was a conscientious objector during World War II. During this period he was the only applied mathematician left on the staff, all the others being involved in war service.

In 1941 Coulson published Waves. A mathematical account of the common types of wave motion in the Oliver and Boyd series. I [EFR] own the seventh edition of May 1955, reprinted in 1958, which I purchased in the year I entered university. Coulson writes in the Preface of Waves:-

The object of this book is to consider from an elementary standpoint as many different types of wave motion as possible. In almost every case the fundamental problem is the same, since it consists in solving the standard equation of wave motion; the various applications differ chiefly in the conditions imposed upon these solutions. For this reason it is desirable that the subject of waves should be treated as one whole, rather than in several distinct parts; the present tendency is in this direction.

Clearly D E Rutherford, who taught applied mathematics at St Andrews, had assisted Coulson who expresses his thanks to him in the Preface. Let us indicate the contents of the 156 page book: The equation of wave motion; Waves on strings; Waves in membranes; Longitudinal waves in bars and springs; Waves in liquids; Sound waves; Electric waves; General considerations.

In 1945 Coulson was appointed as a lecturer in mathematics at University College, Oxford, where he was also a fellow at the Physical Chemistry Laboratory. He was appointed to the newly established chair of theoretical physics at King's College, London and took up the post in October 1947. He had maintained his links with the St Andrews applied mathematicians and he published another text in the Oliver and Boyd series, this one first appearing in 1948. Again I [EFR] own a copy of this text, this time the fifth edition of May 1985 reprinted in 1961, which I purchased in my second year at university. Coulson thanks E T Copson in the Preface of the book for his help in preparing the text. He begins the Preface as follows:-

The author of a book on electricity must decide from the first whether his approach is mainly mathematical or physical; efforts at a satisfactory synthesis of the two have not hitherto proved very successful. The present book is intended to outline from the very beginning a consistent mathematical account of the phenomena of electricity and magnetism. In many aspects the field covered is similar to that of Maxwell's classical Treatise on Electricity and Magnetism. The present book differs from his in being much shorter, in assuming a working knowledge of vector notation, and in making use where necessary of the atomic viewpoint of modern physics.

The text itself begins:-

The fact that a piece of amber, when rubbed, will attract small particles of matter, was knows 2500 years ago by Thales of Miletus. From this simple experimental fact has developed the whole science of electrostatics, that is the properties of electricity at rest. Indeed, the very word electricity is derived from the Greek word for amber.

Coulson left his chair in London in 1952 when he was appointed Rouse Ball Professor of Mathematics at the University of Oxford where he was also made a fellow of Wadham College. He delivered his inaugural lecture to the University on 28 October 1952 on The spirit of applied mathematics. He held this post for 20 years and played a major role in the setting up of the Mathematical Institute there which opened in 1963.

In 1970 Coulson underwent an operation for cancer of the prostate. He recovered and in 1972 he left the Rouse Ball chair of mathematics to become professor of theoretical chemistry at Oxford. Sadly his health was deteriorating again at the time that he took up the chair, and when he had a hernia operation in July 1973 the doctors discovered that the cancer had returned. He died from cancer in his home in Oxford.

Coulson was a talented expositor and this is demonstrated in all his works such as Waves and Electricity which we made special mention of above, and also his best-selling work Valence published in 1952. Longuet-Higgins explained the clarity of Coulson's writing in the preface of the 1974 book Theories of Molecules and Solids dedicated to the memory of Coulson:-

Above all I was impressed by the simplicity of Coulson's thinking and by his determination to make things so clear that even a novice could grasp the essential ideas.

However, one must not think that, because Coulson undertook such a massive amount of scientific work, he would have no time for other activities. On the contrary he managed to fit into his life being on the central committee of the World Council of Churches from 1962 to 1968 and being chairman of Oxfam from 1965 to 1971. Also [1]:-

His religious publications and television appearances made him well known to the public. He enjoyed a happy family life, and he and his wife opened their home to his students on many occasions. He was tall and imposing, and occasionally unconventional in his attire.

Other Mathematicians born in England
A Poster of Charles Coulson

Other pages about Charles Coulson:

Other websites about Charles Coulson: