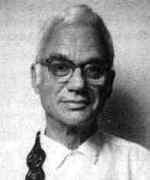 Joseph Doob's parents were Mollie Doerfler and Leo Doob. Joseph's interest in science started when he was at grammar school. There he became interested in radio and constructed his own crystal radio set. When he was at high school his interest in radio increased. He learnt Morse code, obtained a licence to transmit radio signals, and started to use a radio transmitter which he had built himself. At this stage in his education, given his hobby, he felt that physics was the right subject for him to study at university, and having sought advice from the principal of his high school, he applied to study at Harvard. When he entered Harvard in September 1926 he registered for courses in physics but, by the end of his first year of study, Doob had decided that he did not want to proceed to a physics degree. His favourite course during his first year had been calculus and its applications so, since he had always enjoyed mathematics, there was an obvious direction in which to take his studies.

In his second year of study Doob registered for courses in mathematics. He was taught calculus by Osgood and this led to his taking the third year calculus course at the same time. He said in an interview [3]:-

[Osgood] taught my sophomore calculus course, using his own textbook. I did not suspect that he was an internationally famous mathematician and of course I had no idea of mathematical research, publication in research journals, or what it took to be a university professor. Osgood was a large, bearded portly gentleman who took life and mathematics very seriously and walked up and down in front of the blackboard making ponderous statements. After a few weeks of his class I appealed to my adviser Marshall Stone to get me into a calculus section with a more lively teacher. Of course Stone did not waste sympathy on a student who complained that a teacher got on his nerves, and he advised me that if I found sophomore calculus too slow I should take junior calculus at the same time! ... Through the fortunate accident of having a tedious instructor I had gained a year! The analytic function course, taken in my junior year with Osgood as teacher, was my first course in rigorous analysis and I took to it right away in spite of his mannerisms.

Doob was awarded a AB by Harvard in 1930 and asked his advisor Marshall Stone if he would supervise his doctorate. Stone suggested that he would be better with J L Walsh as his supervisor. Doob wrote:-

Walsh accepted me and we had a fine relationship: he never bothered me, and conversely. Harvard suited my character in that there was so little supervision that I could neglect classes for a considerable time while cultivating a side interest, sometimes mathematical sometimes not.

He obtained a Master's Degree in 1931, the same year he married Elsie Haviland Field (on 26 June 1931). Joe and Elsie had three children; Stephen, Peter and Deborah. He continued research and was awarded his doctorate in 1932 for a thesis entitled Boundary Values of Analytic Functions. The ideas which led him to study the relation between analytic functions and their limit values at the boundaries of their domains came through questions that he was asked by Wladimir Seidel who was a postdoctoral assistant at Harvard at the time. However, the level of undergraduate mathematics at Harvard at this time was not particularly high, so with only two years of highly specialised research after his undergraduate degree, Doob had not obtained a broad mathematical education:-

Getting a Ph.D. in two years left me woefully ignorant of almost everything in mathematics not connected with my thesis work. I had missed fertile contact with Birkhoff, Kellogg, and Morse, all three at Harvard and leaders in their fields.

After completing his doctorate, Doob was supported by Birkhoff in an application for a two year National Research Council Fellowship. Since in 1932 Elsie, Doob's wife, was a medical student in New York, he had applied to work at Columbia University with J F Ritt. However, these were difficult times and Doob could not look forward to the future with any confidence. The Great Depression had begun in 1929 and by 1932, the year Doob went to New York, one quarter of the workers in the United States were unemployed. Despite his efforts to look for academic positions he could see little chance of success. He was advised to speak to Harold Hotelling, the professor of statistics at Columbia University, since statistics was one subject that was expanding despite the Depression. Hotelling managed to obtain a Carnegie fellowship to enable Doob to remain at Columbia University and work with him on probability during the year 1934-35.

He was appointed as Associate Professor at the University of Illinois in 1935. He said:-

I was charmed by the small town atmosphere of Urbana as soon as I arrived and never wanted to leave, even though the atmosphere changed through the years.

His first student was Paul Halmos who completed his doctorate with the thesis Invariants of certain stochastic transformation: The mathematical theory of gambling systems in 1938. At the same time Doob was supervising Warren Ambrose whose thesis Some properties of measurable stochastic processes was submitted a year later. Doob's next outstanding doctoral student was David Blackwell who entered the University of Illinois in the year Doob was appointed there and completed his doctorate on Properties of Markov chains in 1941. Doob became a full professor at the University of Illinois in 1945. However before this he had a period away from Urbana undertaking war work during World War II. In 1942 Veblen approached him to work in Washington for the navy on mine warfare. He worked there until 1945 when he returned to the University of Illinois.

Doob's work was in probability and measure theory, in particular he studied the relations between probability and potential theory. The paper [1] looks at many of the areas of probability to which Doob made major contributions such as separability, stochastic processes, martingales, optimal stopping, potential theory, and classical potential theory and its probabilistic counterpart. Doob built on work by Paul Lévy and, during the 1940's and 1950's, he developed basic martingale theory and many of its applications. Doob's work has become one of the most powerful tools available to study stochastic processes. In 1953 he published a book which gives a comprehensive treatment of stochastic processes, including much of his own development of martingale theory. This book Stochastic Processes has become a classic and was reissued in 1990. In fact he undertook the work of writing the book because he had become intellectually bored while undertaking war work in Washington and so was enthusiastic when, in 1945, Shewhart invited him to publish a volume in the Wiley series in statistics. In the introduction to Stochastic Processes Doob states that:-

... [a stochastic process is] any process running along in time and controlled by probabilistic laws ... [more precisely] any family of random variables {xt​∣tT} [where] a random variable is ... simply a measurable function.

The spirit of the book is clear by his statement:-

... probability theory is simply a branch of measure theory, with its own special emphasis and field of application ...

Very few readers will work steadily through the whole of this difficult book, but it cannot fail to exercise a decisive influence on the development of its subject.

Another classic text by Doob is Classical potential theory and its probabilistic counterpart first published in 1984 and reprinted in 2001. His interest in potential theory went back to 1955 when he was invited to speak at the Berkeley Symposium on Probability and Statistics. He decided to speak on Axiomatic Potential Theory and from then on he undertook research on the subject. He corresponded with Brelot, a leading expert on the topic, and many years later Brelot said that he wanted to write a text on modern potential theory. He asked Doob to cooperate with him in writing the sections on probability theory but in the end Doob wrote the whole book. Sharpe, reviewing the book writes:-

Graduate students and researchers in probability or classical analysis will find much to learn from this fine book by a master of both areas.

Doob is also the author of a well known book on measure theory published in 1994 when he was 84 years old. It presents:-

... what measure theory every would-be analyst should learn.

... this text, written by one of the most illustrious probabilists alive, is an interesting addition to the textbook literature in measure theory; every serious mathematical library should acquire it and teachers of measure theory - especially those who are analysts by profession - should not fail to consult it for their future courses.

As we indicated above, Doob was a member of the faculty of the University of Illinois from the time of his appointment in 1935. He retired in 1978 but remained extremely active continuing to write books and research papers. One fact which we should mention is that he was Commissar of the Champaign-Urbana Saturday Hike for about 25 years. The tradition of the Saturday Hike started in 1909 and Doob joined the hikers in 1939 and went regularly every Saturday.

Doob was elected a member of the National Academy of Sciences and was also elected to French Academy of Sciences. He was honoured with election as President of the Institute of Mathematical Statistics (1950) and President of the American Mathematical Society (1963-1964). He was awarded an honorary D.Sc. from the University of Illinois in 1981. He received several other prestigious awards for his outstanding achievements, in particular the National Medal of Science in 1979 and the Steele Prize of the American Mathematical Society in 1984. The Steele Prize was awarded at the summer meeting of the Society in Eugene for [4]:-

... his fundamental work in establishing probability as a branch of mathematics and for his continuing profound influence on its development.

Other websites about Joseph Doob: