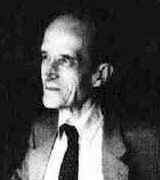 Martin Eichler's father was a minister in the Church. Martin's parents gave him his early education before he entered the Gymnasium in Gütersloh in 1923. He studied there for seven years, graduating in 1930. He then entered the University of Königsberg in 1930 where he studied mathematics, physics and chemistry. After going to Zürich to continue his studies, he then went to the University of Halle-Wittenberg where he wrote his thesis Untersuchungen in der Zahlentheorie der rationalen Quaternionenalgebren Ⓣ with Heinrich Brandt as his advisor. Eichler was awarded his doctorate in 1936.

Following the award of his doctorate, Eichler was appointed as an assistant in the Mathematical Seminar at the University of Halle. However, by this time the Nazis were in power in Germany. Eichler was dismissed from his assistantship for political reasons but fortunately Hasse found him a temporary position as an editor for a new version of the Enzyklopädie der Mathematischen Wissenschaften Ⓣ. After Eichler worked on this for a while, Hasse managed to arrange a position for him as an assistant at Göttingen. In 1939 he submitted his habilitation thesis to Göttingen and qualified to lecturer there.

It now appeared that, after a difficult period, Eichler's mathematical career was back on track thanks mainly to the efforts of Hasse. However World War II again caused an interruption to his career. Eichler was sent to Peenemünde to work at the Heeresversuchsanstalt, an extensive rocket development and test site which had been set up in 1937. The team at Peenemünde, led by Wernher von Braun and Walter Dornberger, was involved in much more than rocket development. Radar was developed there as was the first closed circuit television system. During this period Eichler also worked at the Technical University of Darmstadt.

After the war ended Eichler was eventually able to return to his university position as Göttingen which he did in 1947. He then went to the Royal Aircraft Establishment at Farnborough in England where he spent two years returning to Germany in 1949. He was appointed as an extraordinary professor at the University of Munster where he remained until 1956 when he went to the University of Marburg as an ordinary professor. Two years later he was invited to Basel to succeed Ostrowski who had retired in 1959 after holding the chair at Basel for over 30 years. Eichler wrote Alexander Ostrowski. über sein Leben und Werk Ⓣ a fine tribute to Ostrowski in 1988. He married Erika Paffen; they had two children.

The aim of the author is to develop in this book a thoroughgoing, self-contained theory of quadratic forms from a completely modern point of view. ... The quadratic forms are considered as metrics of a vector space in an arbitrary field and associated with such a metric is the orthogonal group in the broad sense of an automorphic transformation of the form. ... the spirit of the work of Hasse, Hecke, and Siegel pervade this volume and the power and beauty of the general modern methods is evident throughout.

Later books by Eichler include: Einführung in die Theorie der algebraischen Zahlen und Funktionen Ⓣ (1963) translated into English as Introduction to the theory of algebraic numbers and functions (1966); Projective varieties and modular forms (1971); and (coauthored with Don Zagier) The theory of Jacobi forms (1985). The first of these is described in a review by A Mattuck which begins as follows:-

Three books peacefully coexist between the covers of this work: one on algebraic functions of one variable, an introduction to algebraic number theory, and an exposition of modular forms with some applications to analytic number theory. Their association is rather loose, and occasionally a turn of the page means not only a change of scene but a new cast of characters as well. However, the modular forms gain by being placed in the context of algebraic function theory and serve to illustrate it as well, while the elementary substratum common to algebraic numbers and functions is well known.

A review of The theory of Jacobi forms pays it this fine compliment:-

... the material is of such intrinsic beauty and importance that no serious student of arithmetic should miss this book.

Other websites about Martin Eichler: