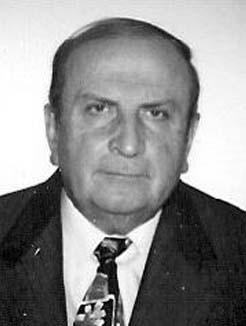 László Filep's father was the Calvinist minister for the community around the village of Csaszlo in the Northern Great Plain region of eastern Hungary close to the Romanian border. The elementary school in Csaszlo had a single room in which all pupils in different years were educated, and Filep studied at this school until he reached the age to attend secondary school. He attended the Secondary Grammar School in Mátészalka, one of the major towns in the county of Szabolcs-Szatmar-Bereg where he lived.

Filep graduated from Mátészalka Secondary School and entered the Kossuth Lajos Tudományegyetem, or the Lajos Kossuth University in Debrecen as it is called in English. The University was founded in 1912 but it had been a Protestant College from 1550. It was named after Lajos Kossuth, the leader of the revolutionary government, who declared the independence of Hungary from the Habsburgs in Debrecen in 1849. Filep graduated from the Kossuth University in 1964, qualifying as a secondary teacher of mathematics and physics. He then became a secondary school teacher of mathematics.

In 1973 Filep was appointed as a lecturer at the College of Nyíregyháza. He worked for the degree of dr. univ. submitting his thesis Life and work of Gyula Farkas (1847-1930) to the Kossuth University in Debrecen in 1978. This is the English title of an abridged version of the thesis which he published as a paper in 1983. G H Moore writes in a review that the paper:-

... contains a biography of the Hungarian mathematician and theoretical physicist Gyula Farkas, together with a bibliography of his publications. There is some discussion of the Farkas theorem (used in linear programming) and, more generally, of Farkas's research on linear inequalities. His contributions to physics were concerned with mechanical equilibrium, thermodynamics, and electrodynamics.

In the introduction of a Hungarian version of the work published 1981, Filep writes:-

Fifty years ago, on December 26, 1930, the outstanding Hungarian mathematician and physicist Gyula Farkas died. He was a member of the Hungarian Academy of Sciences and an honorary member of the Loránd Eötvös Mathematics and Physics Institute. After his death both he and his accomplishments for the most part fell into obscurity. However, at present renewed attention is being given to his results in optimization theory and mechanics.

But this was not Filep's first publication, for he had published a number of articles in the prestigious Hungarian popular scientific magazine, Termeszet Vilaga (The World of Nature). The first of these articles was Farkas Gyula (1847-1930) published in 1976, was followed by A matematika nagy nöalakjai Ⓣ (1977) and Helyunk a tudomany vilagaban Ⓣ (1979). He published many other articles on the history of mathematics such as Lajos David (1881-1962), historian of Hungarian mathematics (1981), Great female figures of Hungarian mathematics in 19th -20th centuries (1983), The development, and the developing of, the concept of a fraction (2001), The genesis of Eudoxus's infinity lemma and proportion theory (2001), From Fejer's disciples to Erdős's epsilons - change over from analysis to combinatorics in Hungarian mathematics (2002), and Irrationality and approximation of √2 and √3 in Greek mathematics (2004). He also published biographies of many mathematicians including Janos Bolyai, John C Harsanyi, John von Neumann, and Paul Erdős.

Let us look in slightly more detail at three of Filep's articles on the history of mathematics by quoting his own summary to these papers. He published Pal Gyula-Julius Pal (1881-1946), the Hungarian-Danish mathematician in 2000, writing in the summary:-

Julius Pal (Pál Gyula in Hungarian usage) was a noted mathematician of the first half of the twentieth century. The first part of his life is connected to Hungary, the second to Denmark. As a consequence of this fact, and of turbulent history, very little exact information concerning his life and work has survived. We started our common research work on Pal some years ago, and now we are able to give an overview of his path of life, and to gain some insight into his scientific work. For studying his life we mainly relied on primary sources from state and primary archives both in Hungary and in Denmark.

He summarised his 2003 paper Proportion theory in Greek mathematics as follows:-

The concepts of ratio, equal ratio, and proportion played an important role in ancient Greek mathematics. Book V of Euclid's 'Elements' contains a proportion theory of (geometrical) magnitudes based on the equal ratio definition of Eudoxus (Definition V.5). In this paper we study both the pre-Eudoxian theory of proportion, and the genesis of Eudoxus's definition.

Finally Filep's abstract of his paper A new approach for explaining Rhind's Recto - and its utility in teaching reads as follows:-

The Recto is a table in the Rhind Mathematical Papyrus (RMP) of ancient Egypt containing the unit fraction decompositions of fractions n2​ (3≤n≤101,n odd). To the question how (and why) the decompositions were made, there exists no generally accepted answer. The fact that in some other sources of Egyptian mathematics decompositions different from those in Recto exist makes the problem more difficult. Researchers normally try to find the answer in some formulas by which the entries of the table were calculated [see e.g. 1, 42]. We are convinced that the correct answer is not hidden in formulas but in the characteristics of Egyptian mathematics namely those of fraction and division concepts. To study them is important not only from historical point of view but also from methodological one: how to develop fraction concept and how to make division easier.

We must not give the impression that Filep's only research interest was in the history of mathematics for he also published a long series of papers on fuzzy groups, some written with his collaborator Gyula Iulius Maurer, beginning in 1987.

We [JOC and EFR] met László Filep in 2004 when we attended a conference on the history of mathematics in Miskolc, Hungary. Philip Davis also attended the conference in Miskolc, having attended another conference in Vienna in the days before. Filep brought Davis from Vienna to Miskolc so that he could attend both conferences. Shortly after the Miskolc conference, Filep collapsed and died during a lecture that he was giving at the Sapientia College of Theology of Religious Orders in Budapest. Shortly before his death he had received the Beke Mano Award from the Bolyai Janos Mathematical Association.
Other Mathematicians born in Hungary

Other pages about László Filep:

Other websites about László Filep: