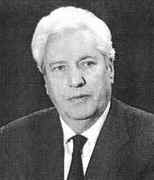 Mario Fiorentini had broad interests when he was young [5]:-

As a young man, he was deeply interested in literature, theatre and cinema, as well as the graphic arts.

Italy joined World War II on the side of Germany in June 1940. Their campaigns in Greece and North Africa were unsuccessful as were almost all of their military actions. In July 1943 the Allies invaded Sicily, soon taking control, and by September of that year Italy had agreed an armistice. Germany then took control of Rome and northern Italy but from September 1943 there were very active groups of Italians, some formerly part of the Italian army, others from different sources, who formed a vigorous armed resistance against the Germans. Fiorentini played a leading role in this resistance [5]:-

His resistance campaign lasted from 1943 to 1945 and included time as a prisoner. Through his action, he became a Major and eventually received numerous decorations - three silver medals, three war crosses for merit, a medal from the Special Forces, and a medal given by General William Donovan of the United States Army.

It was while he was active in the Resistance that Fiorentini met Lucia Ottobrini who was also playing a major role in that organisation. They married in 1945 and had three children: Claudia (born 1946), Giancarlo (born 1951), and Davide (born 1963).

We have said nothing above about Fiorentini's education, but this is mainly because he was largely self-educated. He received his laurea in mathematics and physics in July 1963 from the University "La Sapienza" in Rome. He visited Canada in 1964 but his professional career was as a high school teacher. However [6]:-

Mario Fiorentini has spent almost all his scientific life in Ferrara, where he was appointed to the chair of Geometria Superiore in 1971, and where he remained until his retirement in 1996.

This is an expository work at a fairly elementary level. There are three parts, dealing with logic (i.e., first order predicate calculus), set theory and algebraic structures, respectively. In these the authors explain the meaning of the basic notions (e.g., truth-table valuation, formal proof, set, relation, cardinal number, well ordering, axiom of choice, associative law, group, ring, field, isomorphism) and state some of their properties, but give no proofs except in the very simplest cases.

This volume contains most of the mathematical writings of Mario Fiorentini. Some of the articles are published here for the first time. Many papers were written in collaboration, but, nevertheless, the whole shows a continuity of interest for certain themes:

1. regular sequences and refinements of this notion, leading to special classes of rings, important in algebraic geometry (complete intersection, Gorenstein, Cohen-Macaulay, Buchsbaum, etc.);
2. linkage of curves;
3. classical (Italian) geometry in the perspective of the modern methods.

It is instructive and of real interest to follow the deepening of understanding and of mathematical contribution from one article to the other.

Many of Fiorentini's papers are written in collaboration. This reflects his working style. Through a combination of charisma and single-mindedness he inspired others to join him and work on his problems. Among his many associations, the most fruitful has been, no doubt, with Mario's long-time friend and university colleague, Alexandru T Lascu.

Other Mathematicians born in Italy
A Poster of Mario Fiorentini

Other websites about Mario Fiorentini: