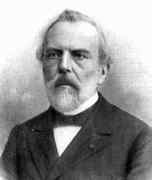 François Folie's parents were Anselme-François-Joseph Folie (1790-1855), a captain in the artillery, and Julie Rennotte (1810-1870). Anselme and Julie Folie married in 1832 and lived in Venlo for the first few years of their son François's life. He was the eldest of his parents' seven children. However, these were times of great political change in Belgium and the Netherlands. Belgium had declared itself independent of the Netherlands in 1830, before François was born, but after a military conflict in 1831 there was a long period during which the status of Belgium was decided by the international community. Only in 1839 was its independence and neutrality recognised but the agreed borders put Venlo in the Netherlands. Anselme Folie moved to Liège, in Belgium, where he was appointed commander of the School of Pyrotechnics. This school, established by Royal Decree of 24 January 1841, had the task of training members of the artillery and undertaking research into improvements in ammunition and firearms. It was in Liège that François Folie was educated and, indeed, he spent most of his life in this city.

At the College in Liège, Folie made an important friendship which lasted for over 50 years. This was with Joseph Delboeuf who went on to have an academic career similar to that of Folie. After leaving the College, Folie studied at the University of Liège and was awarded a doctorate in mathematics and physics, with distinction, on 13 August 1855. However, the death of his father left him in a difficult position, having to provide financial support for his mother and six brothers and sisters. In 1857 he was appointed to teach courses in Algebra, Calculus and Analytic Geometry at the University of Liège. While undertaking teaching these mathematics courses he was able to make short visits to the University of Bonn where he was introduced to practical astronomy by Friedrich Wilhelm August Argelander and his assistants Schönfeld and Krueger. Argelander (1799-1875) had been a student of Wilhelm Bessel at the University of Königsberg and had been appointed as director of the Observatory in Bonn in 1837. Seven years later, he began an investigation of variable stars and, at around the time that Folie began to study with him, he was beginning to publish the Bonner Durchmusterung Ⓣ, a major star catalogue of over 300,000 northern hemisphere stars which he had spent twenty-five years compiling. Folie made longer visits to Bonn in 1859 and 1862 and during these visits he got to know Rudolf Clausius and, as a consequence, became very familiar with the mechanical theory of heat. Folie requested that he be allowed to deliver a free course at the University of Liège on the mechanical theory of heat and he was given permission to begin teaching such a course in 1867. It was a course he continued to give for a number of years but, in 1868, he gave up teaching the courses in Algebra, Calculus and Analytic Geometry.

Now Folie was looking for a position which would give him financial security so that he could make a family life. He taught at the École industrielle in Liège for several years but, in 1872, returned to the University of Liège as Administrateur-Inspecteur. He held this post until 1884 and it was during his time in this leading administrative role that many of the science and medical buildings of the University of Liège were erected. On 5 May 1873, Folie married Adelina Quinet (1849-?). Adelina, whose father was Dieudonné Joseph Quinet (1795-1878), was related to Folie through her mother Caroline Folie (1805-1878). François and Adelina Folie had eleven children, the eldest being the author Franz Folie (1874-1937) who wrote under the pseudonym Franz Ansel.

Although he continued to be interested in applied mathematical topics, Folie had learnt about the latest developments in geometry from Jean-Baptiste Brasseur and soon he began to publish in this area. In 1868, following Brasseur's death, he took over teaching the course on Higher Geometry. His first research publication in geometry was the paper Sur quelques théorèmes généraux de géométrie supérieure Ⓣ (1869) but, more significantly, his first major publication in the Memoirs of the Royal Belgium Academy of Science was on geometry: Fondements d'une géométrie supérieure cartésienne Ⓣ (1872). In this work he extended results of Pascal using methods due to Gergonne. Two years later he published three papers on geometry: Extension des théorèmes analogues à celui de Pascal à des courbes tracées sur une surface quelconque Ⓣ; Quelques nouveaux théorèmes sur les cubiques gauches Ⓣ; and Quelques nouveaux théorèmes sur les courbes gauches du 4e ordre Ⓣ. During these years when his research interests were firmly in the area of geometry he was thesis advisor to Constantin Le Paige who was awarded his doctorate on 28 July 1875. Le Paige took over teaching the Geometry Course that Folie had been giving in 1879. Folie and Le Paige collaborated on a number of important works, particularly Sur les courbes du troisième ordre Ⓣ(1882, 1884).

In 1883 J C Houzeau retired as director of the Observatory in Brussels. However, conditions for observations at this observatory were rapidly deteriorating as the city of Brussels quickly expanded, so it was clear that the next director would have a major task in constructing a new Belgium observatory. Folie was appointed director in 1885 and, during the next years, he supervised the construction of a new national Observatory at Uccle. As one would expect, he began to publish papers on astronomy, for example Douze tables pour le calcul des réductions stellaires Ⓣ (1883) and Traité des réductions stellaires Ⓣ (1888). In fact, once he was appointed to the position of director of the Observatory he did not publish any further papers on geometry. He retired in 1897 and at this time he returned to Liège where he spent his last years. He continued to publish works on astronomy up to the time of his death which followed a short illness.

Although we have considered only scientific contributions by Folie above, he did in fact make other contributions. Perhaps the most significant was, with his school friend Joseph Delboeuf as well as Guinotte, Hanssens and Houtain, he founded La Belgique contemporaine, a review of literature and sociology. In fact he founded this review journal when he was a young man but throughout his life he continued to show great concern for social issues, particularly looking to support the working man.

Folie was honoured for his contributions by being elected a corresponding member of the Royal Belgium Academy of Science (Académie Royale des Sciences, des Lettres et des Beaux Arts) on 15 December 1869. He became a full member of the Academy on the 15 December 1874 and Director of the Science Class of the Academy in 1892.
Other Mathematicians born in Netherlands
A Poster of François Folie

Other websites about François Folie: