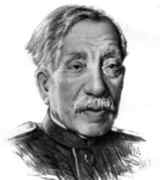 Boris Grigorievich Galerkin came from a poor family and this was to mean that he had a harder time through his years of education than would otherwise have been the case. He attended secondary school in Minsk, then in 1893 he entered the Petersburg Technological Institute. Here he studied mathematics and engineering but he needed to make money to survive so at first he took on private tutoring, then from 1896 he worked as a designer.

After graduating from the Technological Institute in 1899 he got a job at the Kharkov Locomotive Plant. In 1903 Galerkin went to St Petersburg and there he became engineering manager at the Northern Mechanical and Boiler Plant.

From 1909 Galerkin began to study building sites and construction works throughout Europe. In the same year he began teaching at the Petersburg Technological Institute. His first publication on longitudinal curvature also appeared in 1909, work which carried on from beginnings which had been laid by Euler. This paper was highly relevant to his study of construction sites since the results were applied to the construction of bridges and frames for buildings.

His visits around European construction sites ended around 1914 but his academic work then turned to the area for which he is today best known, namely the method of approximate integration of differential equations known as the Galerkin method. He published his finite element method in 1915.

In 1920 Galerkin was promoted to Head of Structural Mechanics at the Petersburg Technological Institute. By this time he also held two chairs, one in elasticity at the Leningrad Institute of Communications Engineers and one in structural mechanics at Leningrad University.

In 1921 the St Petersburg Mathematical Society was reopened (it had closed in 1917 due to the Russian Revolution) as the Petrograd Physical and Mathematical Society. Galerkin played a major role in the Society along with Steklov, Sergei Bernstein, Friedmann and others.

Other work for which Galerkin is famous is his work on thin elastic plates. His major monograph on this topic Thin Elastic Plates was published in 1937. From 1940 until his death, Galerkin was head of the Institute of Mechanics of the Soviet Academy of Sciences.

A T Grigorian, writing in [1], describes other work:-

Galerkin's scientific research in the theory of casing (1934-45) revealed its broad application in industrial construction. His works in the field constitute a new direction in this important area. Galerkin was a consultant in the planning and building of many of the Soviet Union's largest hydrostations. In 1929, in connection with the building of the Dnepr dam and hydroelectric station, Galerkin investigated stress in dams and breast walls with trapezoidal profile. His results were used in planning the dam.

Galerkin's important work on the finite element method is described in [2] and [3].
Other Mathematicians born in Belarus
A Poster of Boris G Galerkin

Other websites about Boris G Galerkin: