Born
1 October 1921
Le Havre, France
Died
21 July 2016
Paris, France
Summary
Roger Godement was a French mathematician, known for his work in functional analysis and for his expository books. He was an active member of Bourbaki. 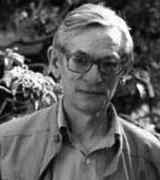 Roger Godement's father was employed as a clerk at the port of Le Havre. For the first 19 years of his life Roger lived about 10 km away from the city of Le Havre. He said:-

... my father was working on the harbour [at Le Havre] and when I went there to see it, I always managed to have a look at the transatlantic liners anchored near by. One of my uncles was a cook aboard those ships between World War I and World War II.

As he went through school it looked as through his career would be as a school teacher. Had he followed that path, he would almost certainly have studied at the Saint-Cloud school in Lyon which, later, became the École Normale Supérieure de Lyon. However, two things changed his path to a school teaching career. One, he suggested, was his outstanding abilities in mathematics but an even more significant event to set the course of his career happened in 1936. He said:-

I was saved by mathematics and even more so by a physician who, at my medical examination at the École Normale d'Institutrice of Rouen, in 1936, detected a weakness at the top of my right lung; it has never manifested.

As a result, he continued living at home until 1940 preparing to enter the École Normale Supérieure in Paris. Once he was a student at the École Normale his main teachers were Henri Cartan and Gaston Julia. In fact he was fortunate to have Henri Cartan as a lecturer since he was on the faculty at Strasbourg but after a visit to Paris he could not return to Strasbourg since the Germans controlled the city and the university. Godement graduated with his Agrégé de Mathématiques in 1943 and continued to undertake research at the university for his doctorate. His thesis advisor was Henri Cartan. While still a research student, he began publishing papers, his first being Sur une généralisation d'un théorème de Stone Ⓣ (1944). The paper was reviewed by Marshall Stone who wrote:-

This paper sketches the spectral analysis of a weakly continuous unitary representation in Hilbert space (not necessarily separable) of a locally compact Abelian group, arriving at results similar to those obtained by Mark Aronovich Naimark (1943) and Warren Ambrose (1944).

Following the award of his doctorate, Godement was appointed to the University of Nancy in 1946. While teaching there, during the early 1950s, he became an active member of the Bourbaki team. He contributed to many of the texts being written under the pseudonym Nicolas Bourbaki at this time. Not only did he believe in Bourbaki's approach to writing texts but he also strongly supported, and used, the Bourbaki approach in university teaching. For instance at the 1954 Bourbaki conference in Murols he showed his ardent support for this method of teaching. He also was a major contributor to the Bourbaki Seminar in Paris. For example, during the 1950s, he contributed the following works to this seminar: Théorie des caractères dans les groupes unimodulaires Ⓣ (1950-51); Les travaux de Hecke, I Ⓣ (1951-52); Les travaux de Hecke, II Ⓣ (1951-52); Travaux de Hecke, III Ⓣ (1952-53); Travaux de Hecke, IV Ⓣ (1952-53); Cohomologie des groupes discontinus Ⓣ (1953-54); Représentations induites des groupes de Lie, d'après Bruhat Ⓣ (1955-56), Représentations induites des groupes semi-simples Ⓣ (1955-56); Introduction aux travaux de A Selberg Ⓣ (1956-57); Les fonctions zêta des algèbres simples, I Ⓣ (1958-59); and Les fonctions zêta des algèbres simples, II Ⓣ (1958-59).

Godement was married to Sonia who even attended a Bourbaki meeting. He was on the faculty at the University of Nancy until 1955. In that year he was appointed to the Faculty of Sciences in Paris (or Paris VII) where he spent the rest of his career until he retired in 1990. During this period he was Visiting Professor at several American universities including Illinois at Urbana, Berkeley and the Institute for Advanced study at Princeton. Many of these trips presented him with difficulties because of his strong ethical view which we now examine.

Many mathematicians have strong views on ethical and other issues. Few, however, mix these views with their mathematical life and their mathematical writings. Godement is an exception to this, for he took a strong ethical position against the military; in particular he hated to see mathematics being used to develop weapons and other means of war. In 1965 he participated in the Symposium on Algebraic Groups, held 5 July - 6 August in Boulder, Colorado, which was partly funded by the Office of Naval Research. He later considered this to be a serious error on his part. When invited to participate in 1972 in the international Summer School "Modular functions of one variable and arithmetical applications" at Antwerp University he wrote a strong letter explaining that, since the School was a NATO Advanced Study Institute, he would not participate. He wrote that he would not sell himself for any type of military involvement:-

I see no relationship between modular functions and an institution such as the North Atlantic Treaty Organization. ... I would rather take money from our Parisian pimps - they almost never kill anyone - or the American branch of the Mafia (since it wants to enter "regular business", it might be interested in funding the theory of modular functions, if only for the prestige ...). ... In 1967, I was invited to spend two weeks at Princeton and Philadelphia, but more than half of the money came from the Institute for Defense Analysis, so they had me say to those who invited me that I preferred to settle for half the amount they offered me ... Last year at Princeton, I had to refuse many invitations to lecture at the Institute for Defense Analysis ... I had to decline an invitation to the opening ceremony of the new Mathematics building of the University, at which half a dozen leading mathematicians from all over the free world spoke, because the thing was partly funded by USAF. ...

For extracts from reviews of these books see THIS LINK.

These books show his great teaching skills and also his hatred for the military. For example, in Analysis I, one reads in the Preface

My goal is not to help bright young people to arrive among the first few in the entry competition for the French École Polytechnique so as to find themselves thirty years later at the service or at the head of a public or private enterprise producing possibly war planes, missiles, military electronics, or nuclear weapons, or who will devise all kinds of financial stunts to make their company grow beyond what they can control, and who, in both cases, will make at least twenty times as much money as the winner of a Fields Medal does.

Again he writes in the Preface:-

The innocent reader and many confirmed mathematicians will probably be surprised, possibly even shocked, to find in my book some heavy allusions to extra-mathematical subjects and particularly to the relations between science and weaponry. This is neither politically nor scientifically correct: Science is politically neutral, even when someone lets it fall inadvertently on Hiroshima while the future winner of a Nobel Prize in physics is recording the results in a B-29 trailing 'Enola Gay'. Nor is it part of the curriculum: a scientist's business is to provide his students or readers, without commentary, the knowledge they will later use, for better or worse, as it suits them. It will be up to them to discover by themselves, possibly years after graduating, that which "has no place" in scientific books or lectures and was not told them by older scientists well aware of it, or who should have been.

An example of the allusions to weaponry in the text is the following (on pages 121-122):-

One notes, a curious coincidence, that in 1673 Leibniz had presented his calculating machine to the Royal Society of London and the Académie des Sciences of Paris. It was inspired by that of Pascal and capable of performing not only additions and subtractions like that one, but also multiplications and divisions; Leibniz developed it over decades, but it was certainly not yet the central computer of the American Strategic Air Command capable of organizing mathematically an attack leaving 400 millions of corpses on the ground, as well as others uncounted, including, according to an American admiral, the sailors of the Pacific Fleet who would be too busy cleaning themselves from radioactive fallout to have time to chase the Soviet submarines.

For a longer extract from the Preface to Analyse Mathématique I. Convergence, fonctions élémentaires (1998), where Godement gives many of his ideas about teaching, see THIS LINK

The book [1] contains the paper Modern Methods and the Future of Applied Mathematics by Godement. This is a fascinating paper on the future of mathematics which we encourage the reader to study. We merely quote the introductory paragraph:-

To speak of the future of mathematics is a capricious undertaking which cannot be too strongly advised against; strictly speaking, it is absurd. It will therefore be understood that I acknowledge frankly - at the same time while regretting it - my inability to draw up a balance sheet of the state of mathematics in the year 2000; a state which, there is no doubt, will be marvellous if the atomic physicists or some peace conferences do not happen to break the course of progress. To outline the future of mathematics is simply to endeavour to discern in the present the principal currents of thought and to draw in some way the "tangents" to them.

On 1 October 2011, Godement celebrated his ninetieth birthday. He wrote [7]:-

A group of thirty former students, friends and colleagues, only letting me know a little in advance, celebrated this event by meeting at Claude Bardos' home on 2 October. The presence of all these people, some of whom I had not met for years because of my distance from the mathematical community and I did not expect to see, gave me the best feeling of my life. And they presented me with a website in my name containing tens of texts I have written but not always published on the relationship between science, technology and weapons, the arms race and other similar subjects, understanding that it would be for me to add to it or edit it.

Other pages about Roger Godement:

Other websites about Roger Godement: