Born
26 March 1902
Ayr, Scotland
Died
16 September 1979
Edinburgh, Scotland
Summary
Marion Gray was a Scottish mathematician who went to Bryn Mawr College in the USA. The Gray graph is named after her. 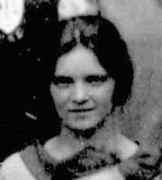 Marion Gray's parents were Marion Cameron and James Gray. She attended Ayr Grammar School from 1907 to 1913, then Ayr Academy from 1913 to 1919. Her home address in Ayr was 60 Church Street. She passed the Scottish Leaving Certificate examination in Latin at Lower level in 1916, then at Higher level English, Mathematics, French, and Science in 1918 and Dynamics in 1919. She entered the University of Edinburgh in October 1919 after having passed Preliminary Examination and having won a bursary. In the information she gave on first matriculation, she put United Free Church of Scotland under the heading 'Religious Denomination'.

After spending two years undertaking research in Edinburgh, Gray went to Bryn Mawr College in the United States in 1924 where she undertook research with Anna Wheeler as her supervisor. She was awarded a Ph.D. in 1926 for her thesis The theory of singular ordinary differential equations of the second order having offered physics as an allied subject. She returned to Scotland and, in July 1926, attended the St Andrews Colloquium of the Edinburgh Mathematical Society held in University Hall, St Andrews. The photograph above was taken at this colloquium.

Gray replaced A M Cassie during 1926-27 as an Assistant in Natural Philosophy in the Arts Faculty of Edinburgh University. In the Edinburgh University Calendar she appears as staff under 'University Assistants, Arts, Natural Philosophy' in the period 1927/28 to 1929/30. However, despite her name appearing in the Calendar in the last of these sessions, she left Edinburgh in 1927 and worked as an assistant in mathematics at Imperial College of Science and Technology, South Kensington, London for three years.

In 1930 Gray returned to the United States. The American Mathematical Monthly for 1930 reported:-

Dr Marion C Gray has been appointed to a position in the department of development and research of the American Telephone and Telegraph Company.

Indeed Gray worked for the American Telephone and Telegraph Company from 1930 to 1934 when she joined the staff at the Bell Telephone Laboratories where she continued to work until she retired in 1967. She became a naturalised citizen of the United States in 1937. One might imagine that working for the American Telephone and Telegraph Company and then for Bell Telephones would have prevented her from continuing the research she had begun in her doctoral thesis. However, this was not the case and we list some examples of her contributions:
In 1925 E T Whittaker communicated the paper The equation of conduction of heat by Marion C Gray to the Royal Society of Edinburgh.

Marion C Gray, Bessel functions of integral order and complex argument, Comm. ACM 4 (1961), 169.
So far we have not mentioned the mathematical result for which Gray is best known. In 1932 she discovered a semisymmetric cubic graph on 54 vertices which today is known as the 'Gray graph'. It was first published by I Z Bouwer in 1968 in a paper entitled An edge but not vertex transitive cubic graph published in the Canadian Mathematical Bulletin, then, in 2002, Malnic et al. showed that the Gray graph is the smallest possible semisymmetric cubic graph. Bouwer wrote to Gray in 1969 saying how remarkable her discovery was:-

... at a time when graph theory was almost non-existent.

After joining the Bell Telephone Laboratories in 1934 she worked [4]:-

... first in New York City and later at Murray Hill, New Jersey. ... In addition to writing book reviews in journals she wrote 258 reviews in the first fourteen volumes of 'Mathematical reviews'. One hundred forty of her reviews were classified as "optics, electromagnetic theory, circuits" while another 52 were classified as "special functions." In 1954 Gray served on an ad hoc committee formed when the National Science Foundation asked the National Bureau of Standards to prepare a handbook of mathematical tables. The outcome of that project was the 'Handbook of Mathematical Functions with Formulas, Graphs, and Mathematical Tables' published in 1964.

Let us note that looking at the 258 reviews that Gray wrote it is clear that she was equally happy reading papers in English, French, German and Italian. A common feature of these reviews is that they explain the content and context of the paper or book in question in a concise yet precise way.

It is interesting to wonder about Gray's life outside her passion for mathematics, physics and her career. We can report that when asked her favourite recreation, she replied that she got the greatest pleasure from walking. After she retired from the Bell Telephone Laboratories in 1967 she returned to Scotland where she lived in Edinburgh. She spent the final twelve years of her life in this city where she died in 1979.
Other Mathematicians born in Scotland
A Poster of Marion Gray

Other pages about Marion Gray:

Other websites about Marion Gray: