Born
24 January 1928
Brooklyn, New York, USA
Died
2 May 2010
Arlington, Texas, USA
Summary
Donald Greenspan was expert in numerical analysis and computational modelling who wrote many books, many of which took a different approach to teaching applied mathematics using numerical methods instead of the differential and integral calculus. 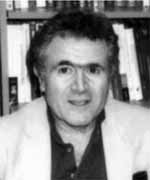 Donald Greenspan's parents were Louis Greenspan and Jessie Scholnick. Louis Greenspan was born in New York City, New York, on 21 January 1906, the son of parents who were both born in Russia. The family were Jewish with Yiddish as their first language. In both the 1930 and 1940 Census, Louis gave his occupation as a cutter-furrier in the fur manufacturing industry. Jessie Scholnick was born in Leeds, England, the daughter of Harris Scholnick (1877-1960) and Fannie Bluestein (1888-1926), both of whom were Yiddish speaking and born in Russia. The Scholnick family left England and settled in New York, USA in 1914. Louis and Jessie Greenspan were married in Brooklyn, New York City, New York, on 9 March 1927. They had two sons and one daughter: Donald Greenspan, born on 24 January 1928, the subject of this biography; Harvey Philip Greenspan, born 22 February 1933, who became a mathematician and has a biography in this archive; and Rosalie Greenspan.

Greenspan was educated in Brooklyn where after his primary education, his secondary education was at the Thomas Jefferson High School, Brooklyn, New York. He graduated from the High School in 1945 and, in the same year, began his university studies at New York University. While a student, he completed a World War II Draft Card on 24 April 1946. This gives his complexion as "ruddy", his eye colour as "brown", his hair colour as "brown" and his height as 5 ft 8 in.

Returning to discuss Greenspan's research at the University of Maryland, we note that his thesis advisor was Stanley B Jackson. Jackson was born in Lewiston, Maine, and attended Bates College before studying at Harvard University for a master's degree and a doctorate in mathematics. He taught at the University of Maryland from 1941, being chairman of the Mathematics Department from 1954 to 1958. In 1955 Greenspan and Jackson published the joint paper Hyperbolic analytic geometry. We give their Introduction below:-

The individual who encounters hyperbolic geometry for the first time in such a book as the one by Wolfe ['Introduction to Non-euclidean Geometry' (1945)] has the stimulating experience of developing the analogue of a substantial part of Euclidean geometry using the same essential spirit and methods as those of Euclid. This is followed by a development of hyperbolic trigonometry which provides the reader with all the rudimentary data for solving triangle problems in the hyperbolic plane. However, only a few texts, like the one of Sommerville ['Elements of non-euclidean geometry' (1919)], make an attempt to develop a hyperbolic analytic geometry in a way which parallels the usual freshman course in analytics, and the student has only to attempt as simple a problem as the determination of the equation of the altitude of an arbitrary triangle to realize the inadequacy of his equipment. Other texts, such as that by Coxeter ['Non-euclidean geometry' (1942)] approach hyperbolic geometry from the viewpoint of projective geometry. To a student familiar with projective geometry it is then a relatively simple matter to think of the hyperbolic plane as embedded in the projective plane and develop its analytic geometry in the usual projective coordinates. From the beginner's point of view it seems an unnatural way of getting analytic results for the hyperbolic plane.

The aim of this paper is to present a brief development of hyperbolic analytic geometry following the usual procedures of analytics quite familiar to students. Only a single use is made of calculus, and this could probably have been avoided. From the discussion follows naturally the idea of introducing a different coordinate system which amounts in fact to embedding in the projective plane. Thus the procedure of establishing hyperbolic geometry as a subgeometry of projective geometry is obtained naturally from within in an elementary way, With the exception of the last section, which utilises a little projective geometry and the already noted single use of calculus, nothing is assumed beyond analytic geometry and an introduction to hyperbolic geometry.

Greenspan published another article in 1955, namely Methods of matrix inversion in the American Mathematical Monthly. This paper shows clearly the direction that his interests were moving, namely towards applications of computing to applied mathematics. It begins:-

The physical scientist has long been plagued with large linear systems of equations, hopeless differential equations or systems of such equations, or simply enigmatic integral equations. Each of these problems in turn often lends itself to matrix analysis and the approach usually involves matrix inversion. However, it is only with the advent of high speed computation that the approach has entered the realm of practicality.

In 1956 he was awarded a Ph.D. from the University of Maryland for his thesis On Vertices of Space Curves with Respect to Families of Surfaces. The 65-page thesis contains the following acknowledgement:-

The writer wishes to express his deep, sincere appreciation to his parents, to Ray Carpenter, and to his teacher, advisor, and friend, Stanley B Jackson.

After graduating, Greenspan was employed at the Mathematics Research Center, U.S. Army, University of Wisconsin, Madison and also in the Department of Computer Science at the University of Wisconsin, Madison. He quickly built up a reputation as a top quality researcher in numerical analysis with publications such as On the numerical evaluation of the Stokes' stream function (1957), On a "best'' five-point difference analogue of Laplace's equation (1958), On the numerical solution of Dirichlet problems (1959), and On the approximate solution of a class of strongly elliptic linear differential equations (1961).

He also began publishing books which took a rather distinct approach. His first book was Theory and solution of ordinary differential equations (1960). Reviewers were enthusiastic, for example Arthur Danese writes [7]:-

If you have grown weary teaching the traditional "cook-book" course in differential equations, this is the book to consider.

This book offers a fresh approach to the traditional first course on ordinary differential equations.

For more information about this book, with extracts from six reviews, see THIS LINK.

In writing this book, the author seems to have had in mind two primary purposes: first of all, to base application and technique on rigorously developed theory; secondly, within the realm of technique, to give numerical methods the careful attention which is due them. He has succeeded very well in achieving these aims, and in the process has written a sophisticated, up-to-date text for a first course in partial differential equations.

Edward Copson, however, is very negative [6]:-

This book is one of McGraw-Hill's International Series in Pure and Applied Mathematics, a series which includes books of distinction, such as Ahlfors's 'Complex Analysis'. I cannot understand how Dr Greenspan's book got into such exalted company: it has nothing whatever to commend it. The plain fact is that the author does not know for whom he is writing.

For more information on this book, one of 18 books by Greenspan about which we give information, see THIS LINK.

In 1978 Greenspan moved to the University of Texas at Arlington. The following tribute is paid in [24]:-

Donald Greenspan was already over 20 years into a successful and distinguished career when he applied for a faculty position in the Department of Mathematics at the University of Texas Arlington in 1978. He was already a noted expert in the fields of numerical analysis and computational modelling, and members of the University of Texas Arlington mathematics hiring committee could hardly believe it when they saw his resume.

"We were very surprised, but delighted that he wanted to come here," said Danny Dyer, professor of mathematics and a member of that hiring committee in 1978. "Here was this world-famous superstar in his field that was interested in joining our faculty. Because of his stature, he gave us instant credibility. It was like when a fisherman throws out his line and catches the big one."

"Dr Greenspan was an internationally recognized scholar in mathematical modelling and simulations," Department of Mathematics chair Jianping Zhu said. "His presence in the Department of Mathematics at University of Texas Arlington significantly boosted the standing of our department in the mathematics community and enhanced our department and University of Texas Arlington's visibility in the country and the world. He was also an excellent teacher. His efforts in our classrooms produced a lasting impact on hundreds of students."

Greenspan's classes were always popular, particularly with engineering students, Dyer said. Invariably, the number of students wanting to take his classes would exceed the number of chairs in the classroom, but Greenspan would attempt to accommodate the extra students by bringing in armchairs and placing them in the aisles. The fire marshal had to be called in more than once, Dyer recalled. "He was an outstanding teacher and very well-liked by his students," Dyer said. "He was very warm, very energetic, a real live wire with a terrific sense of humour."

To understand the approach that Greenspan developed in his research, his teaching and his books, we quote from the Preface of Arithmetic applied mathematics (1980):-

... we will develop a computer, rather than a continuum, approach to the deterministic theories of particle mechanics. Thus, we will formulate and study new models of classical physical phenomena from both Newtonian and special relativistic mechanics by use only of arithmetic. At those points where Newton, Leibniz, and Einstein found it necessary to apply the analytical power of the calculus, we shall, instead, apply the computational power of modern digital computers.

Greenspan had shown in 1973 (see [15]) that the formula E=mc2 could be established without using the concept of a derivative. He explained his thinking in [14]:-

With regard to the arithmetic approach to Newtonian and special relativistic mechanics, I would like to make three comments. First, such an approach allows the use of new types of models, called discrete models. These are formulated in the spirit of classical molecular mechanics and conserve exactly the same fundamental invariants as do continuous models, but they are governed by arithmetical dynamical equations. Such new models are now available for studying fluid flow, elasticity, heat transfer, gravitation and wave generation. ...

Next, it should be noted that the arithmetic approach has also been applied in nondeterministic physics. For example, the study of the dynamical interaction of three particles in quantum dynamics has proved to be formidable, and primarily because the number of dimensions involved is computationally restrictive. Thus, within the last several years, there have emerged quasi-quantum mechanical methods in which potentials are calculated from Schrödinger's equation while the particle trajectories are calculated from deterministic equations.

Finally, it should be noted that the arithmetic approach could be important at all educational levels, not just that of the high school. For example, the miasma of the "new math" could be replaced by conventional arithmetic with additional study of high-speed arithmetic. In this fashion, since digital computers are now becoming more economical to obtain and maintain, mathematics which is understandable, applicable, and exciting could be made available to all.

Donald Greenspan married Bonita Faye Bowman in Tarrant, Texas, on 23 January 1984. Both had been previously married. Bonita, known as Bonnie, was 23 years younger than Greenspan.

Other Mathematicians born in USA
A Poster of Donald Greenspan

Other pages about Donald Greenspan:

Other websites about Donald Greenspan: