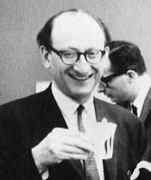 Emil Grosswald was born into a Jewish family in Bucharest. He studied at the University of Bucharest, being awarded his Master's degree in 1933. The rise of anti-Semitism in Romania and the horror of the Nazi policies in Germany towards the Jews made Grosswald decide to France to further his education. He studied in studies in Paris and Montpelier, being in Paris in June 1940 when the city fell to the advancing German armies. He fled on foot to Orleans, then on to Spain as he sought safety.

From Spain Grosswald found a boat which took him to Cuba. He spent the remaining years of World War II in Havana, then in 1946 he went to Puerto Rico, eventually moving to the United States where he was able to register for doctoral studies at the University of Pennsylvania under the supervision of Hans Rademacher. In 1950 he was awarded his Ph.D. for his thesis On the Structure of Some Subgroups of the Modular Groups. He also wrote two papers which were published in 1950, the first being On a simple property of the derivatives of Legendre's polynomials while the second was Functions of bounded variation.

An analyst, specializing in analytic number theory, Grosswald also wrote on classical analysis and related topics. He wrote a number of important books: Topics from the theory of numbers (1966), Bessel polynomials (1978), Dedekind sums (written jointly with Hans Rademacher) (1972), and Representations of integers as sums of squares (1985). Let us look at each in turn.

First we look at Topics from the theory of numbers. We quote from the Preface Grosswald's own explanation of how he came to write the text:-

It was only with considerable doubt that I gave in to the insistence of some of my students and colleagues (and editors) and decided to 'polish' my notes in order to write the present volume. Indeed, there existed in English several excellent books on number theory on a comparable level, and I was not convinced that there was a need for still another one, or that I could improve on those previous presentations. However, with the 'finished product' in front of me, it seems that there is rather little overlap with any other text I know of, except of course, for the most fundamental topics which are common to all books in this field. Also the style seems to be different from that of most other books because of both the emphasis given to the historical point of view and the inclusion of references to a large amount of source material (books and papers) quoted in the text and bibliographies.

Topics covered include: the fundamental theorem of arithmetic, congruences, the quadratic reciprocity theorem, the standard arithmetical functions, the prime number theorem, Fermat's last theorem, and the theory of partitions. B Gordon, reviewing the text, writes:-

The author has certainly planned his book well, chosen material that will be stimulating to its intended audience, and carried the project through in such a way that interest seldom flags.

For the second edition of the text published in 1984, Grosswald had added material on L-functions and primes in arithmetic progressions, the arithmetic of number fields, and Diophantine equations.

The collaboration between Rademacher and Grosswald on Dedekind sums came about due to Rademacher's illness. He was to be Hedrick Lecturer for the summer meeting of 1963 in Boulder, Colorado, and had written up notes for his lectures on Dedekind sums before falling ill. Grosswald was asked to deliver the lectures in his place and Rademacher asked Grosswald to edit the notes with a view to publishing them under their joint names. Rademacher died in 1969 and the joint publication appeared three years later, ten years after the notes were first written.

The book Representations of integers as sums of squares:-

... presents a deeply meaningful walk through history with the problem of representations by the sum of squares. The author's purpose is to show unity in mathematics not by abstraction but by showing how this problem clarifies and is clarified by successive stages of mathematical evolution.

We should mention some other contributions that Grosswald made. He edited Rademacher's Topics in Analytic Number Theory (1973) and Collected Papers (1974). He was on the Board of Governors of the Mathematical Association of America from 1965 to 1968. He also served on the Ford Award Committee from 1970 to 1977.

Grosswald's wife, Elizabeth Rosenthal, died exactly one month after her husband. They had two daughters Blanche and Vivian.
Other Mathematicians born in Romania
A Poster of Emil Grosswald

Other websites about Emil Grosswald: