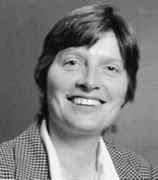 Lene Vestergaard Hau was born in Vejle which is a town of about 50,000 inhabitants situated on the Vejle Fjord, northwest of Fredericia, on the east coast of Jutland. She did not come from a family with a background in science or mathematics [2]:-

Neither of my parents had any background in science. My father was in the heating business and my mother worked in a store. But both of them believed in giving me the same advantages as my brother, which was very important to my education.

Mathematics was the subject she liked best when at primary school and her achievements at this stage were so impressive that she was able to miss the final year of her primary education and enter directly into a gymnasium. She decided to study mathematics and physics at the University of Aarhus which was situated quite close to her home town. At first physics was not as interesting as she had expected, and she was more attracted to mathematics [2]:-

When I first entered Arhus University I was bored by physics. They just taught us thermodynamics and classical mechanics, and that bored me. But I loved mathematics. I would rather do mathematics than go to the movies in those days. But after a while I discovered quantum mechanics, and that got me interested in physics again, and I've been hooked ever since.

After being awarded her B.S. degree in Mathematics in 1984, Hau continued to study at the University of Aarhus for her Master's degree in Physics which was awarded two years later. For her doctoral studies in quantum theory Hau worked on ideas similar to those involved in fibre optic cables carrying light, but her work involved strings of atoms in a silicon crystal carrying electrons. While working towards her doctorate Hau spent seven months at CERN, the European Laboratory for Particle Physics near Geneva. In 1991 she was awarded a Ph.D. but before that her research had changed direction.

In 1988 she had received a Carlsberg Scholarship which enabled her to spend a year undertaking research:-

I was lucky to be a Dane. Denmark has a long scientific tradition that included the great Niels Bohr, one of the founders of quantum theory. In Denmark, physics is widely respected by laymen as well as scientists, and laymen contribute to physics. For instance, research in quantum mechanics has been supported in Denmark by the makers of Carlsberg beer since the 1920's. I myself was supported as a graduate student for one year by a Carlsberg scholarship.

In 1988 she went to Harvard University in the United States and there she met Jene A Golovchenko and discusses her future research ideas with him. He worked both at Harvard and at the Rowland Institute for Science in Cambridge, Massachusetts, which had been founded by the inventor of Polaroid photography, Edwin H Land:-

I told Jene what I had been doing and also that I wanted a complete change in direction. I wanted to work on cooling atoms. He told me he didn't know anything about cooling atoms but said we could work together on it, so I was given a post-doctoral appointment. Later, the Rowland Institute gave me a staff job and my own laboratory.

Her first year as a postdoctoral assistant was funded by the Carlsberg Scholarship but she was later appointed Gordon McKay Professor of Applied Physics at Harvard as well as Principal Investigator for the Atom Cooling Group at the Rowland Institute. A 1992 paper Bound states of guided matter waves: An atom and a charged wire described the work for which she had been awarded her doctorate.

She is famous, not for the work of her thesis but, rather, for her later experiments to slow down light. On 18 February 1999 the journal Nature selected for its cover article the paper Light speed reduction to 17 metres per second in an ultracold atomic gas written by Hau in collaboration with Stephen Harris of Stanford University and two Harvard graduate students Zachary Dutton and Cyrus Behroozi. Later work resulted in slowing light to about one mile per hour, then in 2001 her team were able to stop light for one-thousandth of a second. Hau said:-

... this is an amazingly long time. But we think it can be stopped for much longer... It's nifty to look into the chamber and see a clump of ultracold atoms floating there. In this odd state, light takes on a more human dimension; you can almost touch it.

The way that this has been achieved involves rather a technical description. The first step was the creation of the "candlestick" by Hau and Golovchenko in 1994. This is a [1]:-

... device [which] wicks sodium atoms out of molten sodium metal and projects them into a cooling apparatus that, by using lasers, cools the atoms to a temperature 50 billionths of a degree above absolute zero.

For the experiment to slow light the "candlestick" is used to cool sodium atoms to 50 billionths of a degree above absolute zero. They are then trapped in a magnet and cooled still further by evaporation; a Bose-Einstein condensate containing millions of atoms results. Such a condensate was predicted by Satyendranath Bose and Einstein in 1924 but it was not until 1994 that the technology was available to produce temperatures low enough to create a condensate in an experiment. Although the condensate contains millions of atoms it behaves as if it were a single atom, but still exhibiting the usual particle wave duality. The reason for the behaviour of the Bose-Einstein condensate is essentially due to the Heisenberg Uncertainty Principle for at such low temperatures the momentum of the atoms is known accurately so their positions cannot be accurately known so, in some sense, spread out. Hau produced slow light by inducing quantum interference in the condensate.

Many advances are expected to result from these stunning experiments such as discovering fundamental properties of Bose-Einstein condensates. Other advances which may result could revolutionise telecommunications and computers with advances such as producing optical switches that are operated by a single photon.

... dedication to teaching and research [and her] ability to give an exciting and informative lecture ...

and the Ledlie Prize from Harvard University (September 2008).

Hau was a MacArthur Fellow from 2001 to 2006 and was selected by the MacArthur Foundation as one of only nine MacArthur Fellows to be featured in connection with the 25th anniversary of the MacArthur Fellows programme. The nine fellows were selected from among all MacArthur fellows named over the history of the fellows' programme. She was elected to the Royal Swedish Academy of Sciences on 16 January 2008, and elected to the American Academy of Arts and Sciences on 20 April 2009. In addition to these and other awards, in 2007 Hau and her team were selected by Nature as the "Favourite of 2007 in Quantum Physics" and her team was also selected by the American Institute of Physics as "Top Ten Physics News Stories of 2007".
Other Mathematicians born in Denmark

Other pages about Lene Vestergaard Hau:

Other websites about Lene Vestergaard Hau: