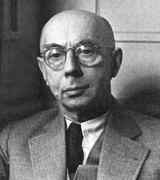 Gustav Hertz's parents were Gustav Hertz and Auguste Arning. Gustav Hertz (senior) was a lawyer who was one of the brothers of Heinrich Hertz, the discoverer of wireless waves, who also has a biography in this archive. Gustav, the subject of this biography, attended the Johanneum Gymnasium in Hamburg as his famous uncle had done about thirty years earlier. He graduated from the Johanneum in 1906 and entered the University of Göttingen to study physics.

As was the custom with German students at this time, Hertz did not complete his studies at a single university, but moved around to sample the best of a number of institutions. After Göttingen, Hertz moved to Munich where he studied at the university before moving to the University of Berlin in 1909 to study for his doctorate. In 1911 he was awarded his doctorate for his thesis Über das ultrarote Absorptionsspektrum der Kohlensäure in seiner Abhängigkeit von Druck und Partialdruck Ⓣ which he had written with Heinrich Rubens and Max Planck as advisors. In his thesis he studied the infrared absorption of carbon dioxide in relation to pressure and partial pressure.

In 1913 Hertz was appointed as an Assistant in Physics at the University of Berlin. At Berlin he worked with James Franck. Franck was five years older than Hertz and had been awarded his doctorate by the University of Berlin in 1909. The two began their joint research project in 1913 and continued it until the outbreak of World War I in July-August 1914. Both Hertz and Franck were mobilised when war broke out and their research collaboration necessarily stopped. However the work they had done led to their being jointly awarded the Nobel Prize for Physics in 1925. Their work confirmed experimentally quantum theory as proposed by Bohr by showing that when an electron strikes an atom of mercury vapour, it must possess a certain minimum energy before that energy is absorbed by the atom. Moreover even if the electron had more than this minimum energy, it was only the exact minimum energy which was absorbed.

The war proved unfortunate for Hertz who was severely wounded in action in 1915. After he recovered he was appointed as a Privatdozent at the University of Berlin in 1917. While holding this post he married Ellen Dihlmann in 1919. They had two sons, Carl Hellmuth Hertz, born on 15 October 1920, and Johannes Hertz who both became physicists. Hertz left Berlin in 1920 and worked for five years in the physics laboratory of the Philips Incandescent Lamp Factory at Eindhoven. In 1925 he was appointed Professor of Physics and Director of the Physics Institute at the University of Halle. After being awarded the Nobel Prize for Physics in 1925, Hertz gave his Nobel lecture on The results of the electron-impact tests in the light of Bohr's theory of atoms on 11 December 1926. In that lecture he gave the background to his highly significant experimental results:-

The significance of investigations on the ionization of atoms by electron impact is due to the fact that they have provided a direct experimental proof of the basic assumptions of Bohr's theory of atoms. ... The fact that atoms are capable of exchanging energy with electromagnetic radiation, led the classical physicists to conclude that atoms must contain moving electrical charges. The oscillations of these charges produce the emission of light radiation, while light absorption was ascribed to forced oscillations of these charges owing to the electrical field of the light waves. On the basis of Lorentz's theory of the normal Zeeman effect, of the magnetic splitting of the spectral lines, it was concluded that these moving charges must be the electrons to which we are acquainted in cathode rays. If only one or several spectral lines were associated with each type of atom, then it might be assumed that the atom contained, for each spectral line, an electron of corresponding characteristic frequency. In reality, however, the number of spectral lines emitted by each atom is infinitely large. The spectral lines are certainly not randomly distributed, on the contrary there exists a certain relationship between their frequencies, but this relationship is such that it is impossible on the basic of classical physics to explain it in terms of the characteristic frequencies of a system of electrons. Here Bohr stepped in with his atomic theory. He applied Planck's quantum theory to the problem of atomic structure and light emission, and thereby greatly extended this theory.

In 1928 he was appointed Director of Physics Institute, Charlottenburg Technological University, Berlin. His main task now was less involved with research and more on the administrative side as he worked to rebuild the the Physics Institute. He did, however, continued at undertake research and, in 1932, he made another significant breakthrough when he devised a method of separating the isotopes of neon. He had a grandfather was was Jewish and so when the Nazi Party came to power in 1933 his position became difficult. On 7 April 1933 the Nazis passed a law which, under clause three, ordered the retirement of civil servants who were not of Aryan descent, with exemptions for participants in World War I and pre-war officials. Hertz qualified under the exemptions, but this was not honoured over the following period. Hertz resigned his positions at the Technological University of Berlin in 1935 and returned to industry being appointed Director of the Siemens physics laboratory. In 1941 Hertz's wife Ellen died. He married again two years later to Charlotte Jollasse.

When the war ended in 1945 Hertz went to the Soviet Union where he worked as the head of a research laboratory. Returning to East Germany in 1954, he was appointed Professor and Director of the Physics Institute at the Karl Marx University in Leipzig. He held this position until he retired in 1961. After he retired he continued to live for a while in Leipzig, but then moved to Berlin where he spent the last years of his life.

Other websites about Gustav Hertz: