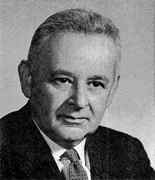 Maximilian Herzberger was known to his friends and colleagues as Max. His father was the merchant Leopold Herzberger (born 1870) and his mother was Sonja Behrendt (1876-1945). Max was the younger of his parents' two children, having a sister Olga born in Berlin on 24 September 1897. There seems some confusion as to his date of birth (some give 17 March) but the date we give is the date which Herzberger himself gives in his doctoral thesis. Max showed remarkable talents for mathematics by the age of eleven. He entered the Freidrich Realgymnasium in Berlin then later moved to the Schiller Real Gymnasium of Charlottenburg but, after only one year, he had covered the whole of the school curriculum in mathematics. The school, realising that they could not teach him any more mathematics, allowed him to take time away from school. He said [1]:-

I used to spend most of that off-time taking long walks and reading. For a while, however, no one could understand why I would come home everyday with my pockets ripped off, until they found out that, since I always had my face in a book, I'd usually keep myself from losing my way by brushing along the fence posts or trees as I walked.

However, Herzberger expressed heartfelt thanks to Professor Pahl, his mathematics teacher. His parents were unhappy about his dedication to mathematics:-

They feared I might become too high strung and my health would be affected.

His parents took the drastic step of burning his textbooks and the notes he had made but even this did not stop him. Despite being excused lessons, Herzberger took the final examinations at the end of each year and his performance was outstanding. His parents tried hard to persuade him to turn away from mathematics and study law. Herzberger hated the idea of law so, eventually after much argument, a compromise was reach and he entered the Friedrich-Wilhelm University of Berlin at Easter 1917 on the chemistry course. However, he only lasted for one semester on the chemistry course, since, being very clumsy, he kept breaking test tubes. At this time Germany was involved in World War I and Herzberger was called up for military service in July 1917. He undertook military service until December 1918 when he returned to university in Berlin. At this stage he switched to mathematics, theoretical physics and philosophy, having some exceptional teachers in all three areas. His theoretical physics lecturers included Heinrich Rubens (1865-1922), Max Planck, Max von Laue (1879-1960), and Albert Einstein while his philosophy lecturers included Ernst Cassirer (1874-1945), Max Dessoir (1867-1947), Alois Riehl (1844-1924) and Eduard Spranger (1882-1963). He explained in [1] how he got to know Einstein through the theoretical physics seminar:-

In my senior year I participated in a theoretical seminar in which we students had to give lectures on controversial themes, each guided by one of our professors. It was my good fortune to select a subject - statistical mechanics - which interested Einstein, so I went to his home several times to discuss the theme and spent many a pleasant hour accompanying him on his daily walks. How I enjoyed those talks we'd have, as we strolled across the countryside together. Also, he invited me to attend some of the chamber music concerts he sometimes held in his home, in which he himself participated.

For further comments that Herzberger made about Albert Einstein, see THIS LINK.

He was taught mathematics by, among others, Ludwig Bieberbach, Constantin Carathéodory, Richard von Mises, Friedrich Schottky, Issai Schur, Erhard Schmidt, Konrad Knopp, Hans Rademacher, and Hans Hamburger. He continued to study in Berlin for his doctorate advised by Schur and was awarded the degree by the Friedrich-Wilhelm University of Berlin on 7 March 1923 for his thesis Über Systeme hyperkomplexer Grössen Ⓣ. His examiners were Schur and Bieberbach. In his thesis Herzberger expressed his thanks to his advisor:-

I owe special thanks to Professor Schur for the strong support that I received during my studies and during the preparation and printing of this work, and for learning much from him.

In addition to those just mentioned, Herzberger states in his thesis that he had been taught by Belovsky, Blasius, E Fischer, Gabriel, Grau, Henning, Fr Koehler, Liebisch, and H Maier.

When Herzberger graduated in 1923 the situation in Germany was extremely difficult with daily living dominated by hyperinflation. University positions were essentially impossible to obtain so he looked for a job in industry. There was an important reason why he needed to try to achieve financial stability in these difficult circumstances since he wanted to marry. He had met Edith Kaufmann (1901-2001), the daughter of Julius and Ida Kaufmann, and they planned to marry. Edith had been born in Stuttgart on 10 October 1901. Herzberger had to decide which industry would suit him best with his outstanding mathematical skills, yet with a lack of laboratory experience and a dislike of the chemistry practical work that he had experienced at university. He decided to seek a position in the optical industry [5]:-

Until 1934, then, he worked in succession with the old optical firm of Emil Busch [in Rathenow], the Leitz Company [in Wetzlar], and [in 1927] the Zeiss Works [in Jena]. At Zeiss he became mathematical assistant to the director, and there he devoted most of his time to the theoretical aspects of lens design. It was there also that he became a colleague and friend of Dr Hans Boegehold, with whom he frequently collaborated.

His attempt to habilitate at the University of Jena in 1930 was rejected by the Thuringian Ministry, despite strong support from the Jena faculty, almost certainly because Herzberger was Jewish. In fact Thuringia was the first German province to have Nazis in its government; this happened in 1930. However, worse was to follow for Herzberger. On 30 January 1933 Hitler came to power and on 7 April 1933 the Civil Service Law provided the means of removing Jewish teachers from the universities, and of course also to remove those of Jewish descent from other roles. All civil servants who were not of Aryan descent (having one grandparent of the Jewish religion made someone non-Aryan) were to be retired [5]:-

With the rise of the Nazis to power in Germany, he was forced from his position; he escaped with his wife and three children to Holland. After a short period of uncertainty, during which he visited Russia and there was invited to join the faculties of several Russian universities, he went to England. Through the efforts of Dr Einstein, the Bausch and Lomb Optical Company and the Eastman Kodak Company became aware of his need for a permanent position where his talents could be appreciated. It was in 1935, then, that he was transferred from the London office of the Eastman Kodak Company to the main works in Rochester, New York.

In fact Herzberger was the only mathematician dismissed from the University of Jena under the 1933 Civil Service Law. He worked as the Head of Optical Research at the Eastman Kodak Company in Rochester, New York from 1935 to 1965. As one might expect, from 1935 onwards he published in English. Among his first papers written in English we mention: On the Fundamental Optical Invariant, the Optical Tetrality Principle, and on the New Development of Gaussian Optics Based on This Law (1935); On the Characteristic Function of Hamilton, the Eiconal of Bruns, and Their Use in Optics (1936); Hamilton's Characteristic Function and Bruns' Eiconal (1937); and Theory of Transversal Curves and the Connections Between the Calculus of Variations and the Theory of Partial Differential Equations (1938). He was awarded the Cressy Morrison Award from the New York Academy of Science in 1945.

In 1962 Herzberger was awarded the Frederic Ives Medal by the Optical Society of America. In the citation for the award, Herzberger's achievements are described. Here is an extract:-

Dr Herzberger has always been interested in trying to develop a general theory of optical imagery, along the paths of thought originated by Hamilton and extended by Bruns. Needless to say, this is a difficult approach but one of great promise, especially for the clearer understanding of optical imagery. ... Dr Herzberger, with the algebraic approach, has the ambition to make clear the entire phenomena of optical imagery in such a manner that the required lens design will follow logically and even obviously from prescribed performance requirements.

This is a systematic exposition of geometrical optics, presented with a minimum of mathematical theory. The formulas are developed in a form suitable for high-speed electronic computation. The work incorporates the results of the author's research over a period of more than fourteen years.

Herzberger is famed for inventing the Superachromatic lens which solves the problem of colour distortion [1]:-

The idea first came to Max in the mid-1940's and by 1954 he was finally able to demonstrate with mathematical equations that what the world had thought impossible was indeed theoretically possible. ... Not only did Herzberger solve the correction for colour distortion with a combination of only three glasses or lens. but in so doing, he also improved the accuracy for all visible colours to such a degree that the films of the 1950's and 60's were incapable of reproducing them. Kodak, therefore, hailed him for his sensational breakthrough, but felt that such a lens would be too expensive and impractical for the market at that time.

In 1965 Herzberger retired from his position as Head of Optical Research at Eastman Kodak but he certainly did not give up his scientific work. He spent the next three years, 1965-1968, in Switzerland on the faculty of the Eidgenössiche Technische Hochschule in Zürich. During these years he worked alongside others to establish graduate courses in geometrical optics within the Institute of Photography at ETH. Returning to the United States, he was appointed as a consulting professor to the Physics Department of the University of New Orleans [1]:-

... when he came to New Orleans he was able to tackle the Superachromat theory again. With the help of physicist George Loup and the UNO computer, Herzberger proceeded to wade through the approximate 30 million combinations of the more than 300 commercially available glasses, taken three at a time, in order to arrive at the most practical combinations for his triplet lens.

Although the Superachromat lens remains expensive to produce, it is manufactured today and achieves colour correction far better than anything previously achieved. The lens, only used when the highest quality is required, gives vast improvements to telephoto shots requiring extreme sharpness, infrared and multi-spectral photography, industrial, scientific, and aerospace photography. Herzberger continued to hold the position at the University of New Orleans until 1978 when he retired for the final time.

The article [1] gives us a good insight into Herzberger's character:-

With his high button shoes and matching vests, 80-year old Max Herzberger radiates Old World charm, but there is always a slightly disheveled air about him ... Max's pockets are usually stuffed with books and his neckties are always askew. ... [He] is famous for his mumbled introductions, simply because he can never remember names. Although he can memorize the most complicated formulas, recite Shakespeare, Plato, and Goethe by heart, and remember the most involved moves of championship chess games, he readily admits he has always had a terrible memory for everyday things. He even sheepishly confesses that he once walked home for miles in a blizzard because he had forgotten where he had parked his car.

... preparing special gourmet recipes, taking leisurely rides through the country to contemplate nature. and reading poetry or plays aloud. which he does with a delightful flair for the dramatic. Also, as an expert chess player, he has kept as many as 38 games going at once. After one tournament at UNO, in which he had played 18 games simultaneously, one of his admiring opponents commented that the greatest strain seemed to have been more on Max's feet than on his mind.

Other pages about Maximilian Herzberger:

Other websites about Maximilian Herzberger: