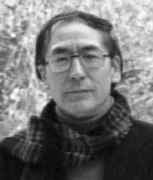 Gündüz Ikeda's mother was a school teacher and his father was a statistician. Known as Masatoshi Ikeda for the first part of his life spent in Japan, he was the youngest of his parents four children, having two elder sisters and one elder brother. He entered Osaka University to study mathematics, obtaining his Rigaku-Shi degree (equivalent to a B.Sc.) in 1948. Of course his education had taken place through the years of World War II and the extremely hard years immediately following the war. He once said of these years:-

We were out of food, at the edge of starving, yet we were reading Pontryagin's Topological Groups without skipping a word.

He remained at Osaka University, undertaking research on Frobenius and quasi-Frobenius algebras for his doctorate supervised by Kenjiro Shoda. He worked with a number of mathematicians at Osaka, joining the research group led by T Nakayama. Ikeda's first publication Supplementary remarks on Frobenius algebras was written jointly with Nakayama, and appeared in the Osaka Mathematics Journal in 1950. He was awarded his doctorate in 1953 for a thesis which included sufficient material for seven excellent published papers. In addition to the paper named above, the seven papers included two further papers on quasi-Frobenius algebras, and one on generalizing Gaschütz's results on group algebras to Frobenius rings.

Ikeda was awarded a Yukawa Scholarship to conduct research on cohomology theory of associative algebras at Nagoya University for session 1953-54. He returned to Osaka University as a Lecturer in Mathematics in 1954 where he continued working on algebras, and published three further papers on the cohomology of algebras. In 1955 he attended the Algebraic Number Theory Symposium in Tokyo and it changed the direction of his research. He decided as a result of that meeting to move towards algebraic number theory and an Alexander von Humboldt Foundation Fellowship allowed him to spend the years from 1957 to 1959 as a research fellow at the Mathematisches Seminar of Hamburg University, working with Hasse's research group. His main research during this period was on the embedding problem of Galois theory.

Another important event happened during these years for he met the Turkish research fellow Emel Ardor, also in Hamburg on an Alexander von Humboldt Fellowship. She has written [2]:-

Dr Ikeda began to show me his interests. He asked me several questions about Turkey, Turkish, and life and customs in Turkey. I soon found out the reason for this curiosity. His teacher Professor Hasse had visited Turkey a couple of times, he loved Turkey, he had friends and students in Turkey, and he was keen on learning Turkish. Further, he met Prof Orhan Içen in Hamburg, and he knew Cahit Arf by name. [Ikeda] was keen on learning new things; [and] he, too, developed a passion for Turkey and Turkish.

In the summer of 1963 as a new graduate I paid a visit to the newly established Mathematics Department of Ege University, in Izmir, to apply for a post. At the very moment of my arrival, they introduced to me a young faculty member: Doctor Ikeda. Apparently he was Japanese, polite yet authoritative, and there was an air of general admiration about him; however the rest was a complete mystery for me.

After Koç was appointed to Ege University he assisted Ikeda with his teaching. He writes of the help that Ikeda gave to him and others at the university:-

Having been newly established, Ege University was short of facilities, resulting in, among other things, a limited number of offices in the Mathematics Department. Thus we assistants found ourselves sharing one single office. However, in time, thanks to Dr Ikeda, we transformed this office to an ongoing seminar room, for we had problems in different areas of mathematics and Dr Ikeda was the only one to lend us a hand so benevolently. His generosity and kindheartedness would touch all the faculty at Ege University, as well as all the mathematics assistants, in all of their diverse areas, supervised by himself or not. He was even often found to be helping many a faculty applicant to associate professorship or professorship in Medicine or Agriculture in their various correlation problems.

Ikeda married Emel Ardor, the Turkish research assistant he had met in Hamburg, in 1964. He also became a Turkish citizen in that year and took a more Turkish sounding name, calling himself Gündüz Ikeda. He spent time at the Middle East Technical University in Ankara, was a Visiting Professor at Hamburg during the Spring Semester of 1966, and then in the following year he was promoted to full Professor at Ege University. In May 1968 Arf and Langlands visited Ege University to deliver talks on The Cartan-Dieudonné Theorem and Automorphic Forms. At a dinner following the talks, Arf offered Ikeda a position at the Middle East Technical University in Ankara where he was now working. Ikeda accepted and took up the position of Professor there in August of 1968 and, together with Arf, worked to build up both the undergraduate and postgraduate sides of the Mathematics Department.

After he retired, Ikeda was Visiting Professor of Mathematics at the Eastern Mediterranean University, Gazi Magosa, in Turkish-controlled Northern Cyprus from 1991 to 1993, then a Senior Researcher at Marmara Research Center, Gebze, Turkey from 1993 to 1995. His next appointment was as Senior Research Scientist at the National Research Institute for Electronics and Cryptology, Gebze, Turkey, between 1995 and 1997, where he headed a small research group who concentrated on cryptography. Finally he was a Senior Research Scientist at Feza Gursey Institute, Istanbul, where he returned to his main research topic of algebraic number theory.

Ikeda received many honours for his outstanding contributions. He was awarded the TUBITAK Science Prize (1979), the Mustafa Parlar Foundation Science Prize (1993), and the Marmara Research Center Merit Prize (1994). He was elected to the Turkish Academy of Sciences in 1997.

Koç, in [3], quotes some advice that Ikeda gave to young mathematicians:-

Avoid repeating yourselves in order to increase the number of your publications only. Work out real problems of mathematics no matter how big they are ...

When you have worked on a problem for a long time without any outcome, leave it alone for a while and consider also some relatively small problems to keep up your courage and productivity.

Despite his close friendship with Arf, Ikeda was critical of his contributions to Turkish mathematics. He wrote:-

Ikeda's teaching is described as follows [3]:-

... he would always prefer to cover many diverse concepts and techniques with their essential features. ... His lectures included neither unnecessary material, nor unnecessary ornaments and digressions. He was meticulous about the content and rigorous in his lectures.

His character is well illustrated by the comments:-

He was so kindhearted and benevolent that probably there was very few who met him that did not receive profound suggestions and advice to improve their work and ideas. In some gatherings, participants often urged him to talk on mathematics and mathematicians in general.

Other Mathematicians born in Japan
A Poster of Gündüz Ikeda

Other websites about Gündüz Ikeda: