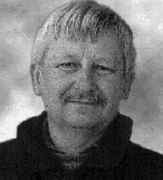 Anzelm Iwanik's parents were Hipolit Iwanik, a chemical engineer, and Ludwika Lechowska who was a dentist. There were three children in the family, Anzelm being the youngest. Let us note at this point that his family and friends called him Anek; rather unusually, it was a nickname he chose himself. He completed his school education in 1963 and in the same year entered the Technical University of Wrocław. His main subject was electronics and, in 1969, he was awarded a Master's degree in that topic. However before completing his degree in electronics he had already decided to make a move towards mathematics and he enrolled at Wrocław University in 1968 as an extramural student of mathematics. After the award of his Master's degree in electronics he was appointed to the Technical University of Wrocław as an assistant at the Institute of Electric Metrology. He continued to study mathematics at Wrocław University, his research being supervised by Edward Marczewski, while carrying out his duties as an assistant at the Technical University.

In 1972 Iwanik was awarded a Master's degree in mathematics from Wrocław University for his thesis Complete algebras with infinite support. We give an indication of the contents. A universal algebra < A;F > is said to be complete if each n-ary operation on A can be obtained as a superposition of elements of F. Iwanik investigated algebras < A;F > for which A is infinite and F contains unary operations only. The question he tried to answer was the following: under what conditions does < A;F⋃{g} > become complete for a suitable binary operation g? He was able to give some sufficient conditions for this to happen and published two papers from the thesis, the first Remarks on infinite complete algebras (1972) stating the results and the second On infinite complete algebras containing proofs. After the award of his Master's thesis in mathematics, which he was awarded with distinction, Iwanik moved from the Institute of Electric Metrology to the Institute of Mathematics remaining in the Technical University of Wrocław.

With Czeslaw Ryll-Nardzewski as advisor, Iwanik worked on his doctoral dissertation and after submitting his thesis Point realizations of transformation semigroups he was awarded his doctorate in 1974. He submitted a dissertation Extreme operators on classical Banach spaces to the Scientific Council of the Institute of Mathematics of the Polish Academy of Sciences and was awarded an habilitation degree in 1978. This thesis comprised the four papers Multiplicative operators on symmetric commutative algebras (1977); Extreme contractions on certain function spaces (1978); Extreme operators on AL-spaces (1979); and Weak convergence and weighted averages for groups of operators (1979). Iwanik was promoted to professor of mathematics at the Technical University of Wrocław in 1990, and full professor in 1996.
We have already looked at some of Iwanik's early work on universal algebra, semigroups, and the theory of operators on function spaces. By 1980 he had again broadened his work publishing Approximation theorems for stochastic operators in that year. One of the results proves (in Iwanik's own words):-

... an analogue of the classical result of Halmos on the residuality of ergodic transformations in the measure preserving invertible ones. Next it is shown that 'most' stochastic operators are conservative and ergodic; this can be viewed as an extension of a similar result obtained recently by J R Choksi and S Kakutani for invertible positive isometries.

Another important subject of Iwanik's research on Markov operators is the phenomenon of multiple recurrence (or multi-recurrence, in more modern terminology), i.e., recurrence of a point to its neighbourhood simultaneously under the action of several operators.

An example of one of his papers on that topic is Multiple recurrence for discrete time Markov processes (1987).

By the time this last mentioned paper was published Iwanik was working on topological dynamics. Examples of papers he published on this topic are (with J Mioduszewski) Independence with respect to families of characters (1988), Period structure for pointwise periodic isometries of continua (1988), and Independence and scrambled sets for chaotic mappings (1991). Iwanik summarises this 1991 paper as follows:-

Among the main achievements of Iwanik in topological dynamics is an application of the Weyl pseudometric to the study of certain properties of dynamical systems, especially to the study of Toeplitz flows.

Iwanik began working on another topic during the years that he was also working on topological dynamics, namely the spectral theory of measure-preserving transformations. A great deal of his work in this area involved studying Anzai skew products which had been introduced by H Anzai in 1951. These are transformations T on a 2-torus satisfying

where a is irrational, m is an integer and f is a real 1-periodic continuous function.

For ten years Iwanik jointly ran a seminar at the Institute of Mathematics of the Technical University on ergodic theory. He was a co-organiser of two conferences on ergodic theory, the first in 1989 and the second in 1997. He was an enthusiastic participant in conferences world-wide and made numerous research visits [2]:-

In the 70s and 80s he held several visiting positions in the USA (Carbondale, Illinois; Fullerton, California) and Canada (Montreal). In the 90s he was a frequent guest at French universities (Aix-Marseille I, Aix-Marseille II, Brest, Paris XIII, Rouen).

Iwanik played an important role in seminars and on research visits [2]:-

He was able to quickly absorb new ideas; he made apt remarks and asked penetrating questions. He was an authority not only on matters of research; his opinions on other matters of scientific life were also held in great esteem in the mathematical community.

Iwanik was a talented teacher who made high demands of his students. In addition to his research and teaching, he played several different roles in the work of the Institute of Mathematics and, more generally, in mathematics in Poland, and although he carried out such tasks exceptionally well he did not actively look for administrative posts. For example he had two terms as Vice-Director of the Institute as well as serving as President of the Wrocław Branch of the Wrocław branch of the Polish Mathematical Society in 1987-1989.

As to interests outside mathematics, these are noted in [2]:-

Anek had many interests outside mathematics. He liked learning foreign languages; he was fluent in English and French, good at Russian, and well-read in the literature of those languages. He took pleasure in visiting museums, and was especially interested in paintings. He was a keen tourist; mountains and lakes attracted him most. Summer canoe wanderings were among his favourite ways of spending a holiday. He was also a good swimmer, and he enjoyed picking mushrooms and bird-watching.

Other Mathematicians born in Poland