Born
1 August 1881
Breslau, Germany (now Wrocław, Poland)
Died
15 February 1940
Jerusalem (under the British Mandate at the time)
Summary
Toeplitz worked on infinite linear and quadratic forms. In the 1930's he developed a general theory of infinite dimensional spaces and criticised Banach's work as being too abstract. 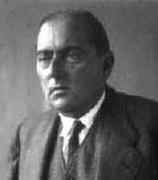 Otto Toeplitz came from a Jewish family which contained several teachers of mathematics. Both his father, Emil Toeplitz, and his grandfather, Julius Toeplitz, taught mathematics in a Gymnasium and they also both published mathematics papers. Otto was brought up in Breslau and he attended a Gymnasium in that city. His family background made it natural that he also should study mathematics.

After completing his secondary education in Breslau, Toeplitz entered the university there to study mathematics. After graduating, he continued with his studies of algebraic geometry at the University of Breslau, being awarded his doctorate in 1905.

In 1906 Toeplitz went to Göttingen. Dieudonné, in [9] describes some of the work that Toeplitz did during his seven years in Göttingen. When he arrived there Hilbert was completing his theory of integral equations. This greatly influenced Toeplitz who began to rework the classical theories of forms on n-dimensional spaces for infinite dimensional spaces. He wrote five papers directly related to Hilbert's spectral theory. Also during this period he published a paper on summation processes and discovered the basic ideas of what are now called the 'Toeplitz operators'. When Toeplitz arrived in Göttingen, Hellinger was a doctoral student there. The two quickly became friends and they would collaborate closely for many years. Hellinger left Göttingen in 1909, four years before Toeplitz, but before that the two were already producing joint papers.

It was not until 1913 that Toeplitz was offered a teaching post as extraordinary professor at the University of Kiel. He was promoted to ordinary professor at Kiel in 1920. A major joint project with Hellinger to write a major encyclopaedia article on integral equations, which they worked on for many years, was completed during this time and appeared in print in 1927. In 1928 Toeplitz accepted an offer of a chair at the University of Bonn.

On 30 January 1933 Hitler came to power and on 7 April 1933 the Civil Service Law provided the means of removing Jewish teachers from the universities, and of course also to remove those of Jewish descent from other roles. All civil servants who were not of Aryan descent (having one grandparent of the Jewish religion made someone non-Aryan) were to be retired. However, there was an exemption clause which, among others, exempted non-Aryans who had been in post before 1914. Toeplitz kept his lecturing post in Bonn in 1933.

However Toeplitz was dismissed from his chair by the Nazis in 1935 despite the exemption clause in the Civil Service Law which was simply disregarded after decisions at the Nuremberg party congress in the autumn of 1935. Toeplitz had not instantly left Germany in 1933 when the Nazis came to power. As a proud Jew he started working for the Jewish community from that time. On a local level he united Jewish schoolchildren in Bonn and its vicinity bringing them to a Jewish school which he founded. On a country wide by level he selected gifted students for scholarships which allowed them to study abroad. His daughter Eva Wohl writes [13]:-

Of course it was very painful for him to realize that some of his colleagues at the university had fallen into the Nazis trap; still there remained a handful of very faithful friends with whom he worked till the day of his emigration. My father was very happy to have the opportunity to emigrate to Palestine (as it then was) in 1939 and to be able to help in the building up of Jerusalem University. He had great plans for modernizing the university but unfortunately he became very ill and died a year after his arrival.

Toeplitz worked on infinite linear and quadratic forms. In the 1930s he developed a general theory of infinite dimensional spaces and criticised Banach's work as being too abstract. In a joint paper with Köthe in 1934, Toeplitz introduced, in the context of linear sequence spaces, some important new concepts and theorems. Köthe, in [12], describes the:-

... sometimes clumsy ways of our thinking ...

which led to their discoveries. He also relates how the isomorphism problem for sequence spaces appeared in disguise as a new problem on nuclear (F)-spaces with basis.

... that only a mathematician of stature is qualified to be a historian of mathematics.

It was not only the history of mathematics which interested outside his area of research in mathematics. He wrote a popular book on mathematics in collaboration with H Rademacher. This work, The Enjoyment of Mathematics, has been reprinted many times over the years. Toeplitz was also greatly interested in school mathematics and devoted much time to it.
Quotations by Otto Toeplitz
Other Mathematicians born in Poland
A Poster of Otto Toeplitz

Other websites about Otto Toeplitz: