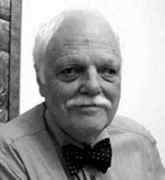 Bruce Kellogg's parents were Ernest Kellogg and Helen Hollowell. Ernest Kellogg (born 1902), whose parents were Royal S Kellog and Clara Fry, was from Yonkers, New York. He was an instructor in the department of agricultural journalism and was studying for his master's degree at Wisconsin when he married Helen Hollowell on 3 September 1926. Helen, of South Bend, Indiana, had studied home economics at Wisconsin and graduated in the Class of 1927 having written a thesis entitled History of Women's Magazines in the United States. In 1928, Ernest accepted a position as agricultural engineer with the eastern division of the National Lumber Manufacturers' association, New York. His work involved promoting better farm buildings from Maine to Alabama and as far west as Central Ohio. On 21 January 1929 Helen and Ernest Kellogg's daughter Alice Elizabeth was born. By 1930 the family were living in Chicago, Cook, Illinois when their son Royal Bruce Kellogg was born. He did not use the name Royal, but was always known as Bruce.

Kellogg spent part of his youth in Washington and graduated from the Western High School in 1948. He was awarded a bachelor's degree from Massachusetts Institute of Technology in 1952, and completed his Ph.D. at the University of Chicago in 1958 under the supervision of Marshall Stone and Lars Gårding. His thesis was Hyperbolic Equations with Multiple Characteristics and he published a paper with the same title in the Transactions of the American Mathematical Society in 1959. In this paper, submitted to the editors in February 1957, Kellogg writes:-

The results of this paper were submitted in a thesis to the University of Chicago in partial fulfilment of the requirements for the degree of Doctor of Philosophy. We wish to acknowledge our gratitude to Professor Lars Gårding who suggested this problem and whose encouragement and advice made this paper possible.

After graduating, Kellogg worked for the Westinghouse Electric Corporation as a research scientist in the nuclear power industry before joining the Mathematics Department of the University of Maryland in 1966. During the years he worked for Westinghouse they were the leading maker of commercial nuclear reactors, also producing reactors for U.S. Navy submarines. While working at Westinghouse's Bettis Atomic Power Laboratory, Kellogg published papers such as: (with L C Noderer) Scaled iterations and linear equations (1960); Another alternating-direction-implicit method (1963); Difference equations on a mesh arising from a general triangulation (1964); An alternating direction method for operator equations (1964); and (with J Spanier) On optimal alternating direction parameters for singular matrices (1965).

In 1966 Kellogg was appointed to the Institute for Fluid Dynamics and Applied Mathematics of the University of Maryland, College Park. He worked there for 34 years until he retired in 2000. Charles R Johnson, whose middle name was Royal, was a colleague of Bruce Kellogg at Maryland. He writes [3]:-

Perhaps we were fated to be friends by our common initial associated with the same unused name!

R Bruce Kellogg was an excellent mathematician who worked significantly in PDE's (both theoretical and in the modeling of real phenomena), but, like many mathematicians, was drawn deeply into matrix analysis by his initial interest. Like other serious contributors, he did mathematics because he enjoyed being seduced by the never ending mysteries, not employment or other artificial stimuli.

The authors of [1] write about Kellogg's most significant mathematical contributions [1]:-

During the 1970s, he became one of the leading figures in the development of the mathematical theory for finite element methods. A major theme in Bruce's opus is the numerical solution of singular perturbation problems. His 1978 paper with A Tsan on difference approximations for such problems is a seminal work in the field, and he continued this research until the end of his life. Another major theme of his research was the behaviour of solutions to partial differential equations near corners and interfaces. His 1976 regularity result (with John Osborn) for the Stokes equations in a convex polygon is still frequently referenced today.

Kellogg published over 100 papers having 46 co-authors and, by June 2013, they had received 837 citations by 661 authors. The largest number of citations is for his paper, co-authored with John E Osborn, A regularity result for the Stokes problem in a convex polygon (1976). Let us look at a few of these papers which he published while at the University of Maryland. Here is his own summary to A nonlinear alternating direction method (1969):-

An alternating direction iteration method is formulated, and convergence is proved, for the solution of certain systems of nonlinear equations. The method is applied to a heat conduction problem with a nonlinear boundary condition.

D F Mayers writes in a review of On the spectrum of an operator associated with the neutron transport equation (1969):-

By formulating the iteration process in a general space, it is shown that the iteration operator is the sum of a compact operator and a contraction operator. The results also prove that the transport equation itself has a unique solution for the boundary conditions considered.

E Kreyszig writes in a review of Singularities in interface problems (1971):-

The author determines the behaviour of the solutions of second order elliptic differential equations in two independent variables at points where two interface curves cross, where an interface curve meets the boundary, or where an interface or boundary has a discontinuous tangent. The results are then applied to similar problems in three dimensions, and the Laplace operator is considered on polyhedral domains with polyhedral interfaces.

Kellogg's own introduction to Higher order singularities for interface problems. The mathematical foundations of the finite element method with applications to partial differential equations (1972) begins:-

We consider interface problems for an elliptic partial differential equation in two independent variables. Such problems arise in engineering problems when, for example, one is studying the distribution of heat or electric potential in a composite medium consisting of several different materials. The mathematical problem has been studied, for smooth interfaces, by many people. We consider the problem in a polygonal domain, with polygonal interfaces. Our object is to represent the solution to the problem as the sum of a finite number of special solutions, which may be considered as known, plus a remainder term whose regularity depends on the regularity of the data of the problem.

Kellogg's own summary to Discontinuous solutions of the linearized, steady state, compressible, viscous, Navier-Stokes equations (1988) is as follows:-

Kellog retired in 2000 and at that time he was made Professor Emeritus of the Institute for Physical Sciences and Technology, Department of Mathematics, University of Maryland, College Park. He moved to Landrum, South Carolina, where he continued to be an active researcher taking on the role of Adjunct Professor at the University of South Carolina. He continued to publish high quality papers, both single-authored and with different co-authors. Here are a few examples of his post-retirement papers, mostly with Kellogg's own summary. He summarises Some simple boundary value problems with corner singularities and boundary layers (2006) as follows:-

Some boundary value problems for a second-order elliptic partial differential equation in a polygonal domain are considered. The highest order terms in the equation are multiplied by a small parameter, leading to a singularly perturbed problem. The singular perturbation causes boundary layers and interior layers in the solution, and the corners of the polygon cause corner singularities in the solution. The paper considers pointwise bounds for derivatives of the solution that show the influence of these layers and corner singularities. Several recent results on this problem are surveyed, and some open problems are stated and discussed.

He co-authored several papers with Martin Stynes as, for example, Sharpened bounds for corner singularities and boundary layers in a simple convection-diffusion problem (2007). Here is the authors' summary:-

A singularly perturbed convection-diffusion problem posed on the unit square is considered. Its solution may have exponential and parabolic boundary layers, and corner singularities may also be present. Sharpened pointwise bounds on the solution and its derivatives are derived. The bounds improve bounds near an outflow corner of the problem that were derived in an earlier paper of the authors. An application is made to an error analysis of a finite element method for the problem.

Another paper co-authored with Martin Stynes is Layers and corner singularities in singularly perturbed elliptic problems (2008) in which the authors summarise recent advances in the analysis of numerical methods for singularly perturbed elliptic problems. He co-authored An enriched subspace finite element method for convection-diffusion problems (2010) with Christos Xenophontos:-

We consider a one-dimensional convection-diffusion boundary value problem, whose solution contains a boundary layer at the outflow boundary, and construct a finite element method for its approximation.

His last paper, co-authored with Sebastian Franz and Martin Stynes, was Galerkin and streamline diffusion finite element methods on a Shishkin mesh for a convection-diffusion problem with corner singularities (2012). Nicolae Pop writes in a review:-

Kellogg had married Claire White; they had four children Louise, Gregory, David, and Renée. The marriage had ended in divorce and, in 1990, he married Mary Jo Walker Wang. While he was working at the University of Maryland, Kellogg had lived at 7504 Hancock Avenue, Takoma Park, which is a suburb of Washington D.C. The Kelloggs sold their home in Takoma Park in March 2001.

Kellogg died at the Smith Phayer Hospice House of the Carolina Foothills in Landrum, South Carolina. His final illness was short after being diagnosed with a brain tumour. Let us end this biography by quoting from the authors of [1]:-

His vast knowledge of various areas of mathematics, and beyond mathematics, together with his selfless attitude, made him an ideal colleague, collaborator, editor, and mentor, and inspired great affection in the many people who had the pleasure of interacting with him.

Other websites about Bruce Kellogg: