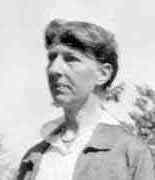 Isabel Maddison's parents were Mary Anderson and John Maddison, a civil servant. Isabel Maddison entered University College in Cardiff in 1885. She was awarded a Clothworker's Guild Scholarship to study at Girton College, Cambridge, where she matriculated in 1889. A fellow student who matriculated at Girton at the same time as Maddison was Grace Chisholm (later Grace Chisholm Young). Maddison attended lectures at Cambridge by Cayley, Whitehead and Young, and she earned a First Class degree in the Mathematical Tripos examinations of 1892 although at this time women could not formally receive a degree at Cambridge. Her fellow student Grace Chisholm also earned a First Class degree in the same Mathematical Tripos examinations.

She also took (unofficially, on a challenge, with Grace Chisholm) the exam for the Final Honours School in mathematics at the University of Oxford on which she out-performed all the Oxford students.

The first woman to earn a First Class degree at Cambridge was Charlotte Scott who did so in 1880. Five years later Bryn Mawr College, in Pennsylvania in the United States, opened. The College was founded by Joseph Taylor, a Quaker, and it was set up with Quaker beliefs although it operated as a nondenominational college. It was the first higher education institution in the United States offering graduate training for women. On Cayley's recommendation, Scott was appointed there and became the first head of the Bryn Mawr Mathematics Department. After Maddison completed her studies at Cambridge in 1892 she was awarded a scholarship which enabled her to spend the year 1892-93 at Bryn Mawr College undertaking research with Scott.

Maddison had, like Scott, become interested in linear algebra through the influence of Cayley at Cambridge. When she first reached Bryn Mawr College, Maddison continued to work on this topic but later, advised by Scott, she began to work on singular solutions of differential equations. Although she had earned the equivalent of a First Class degree at Cambridge, Maddison still had no degree so she took the external examinations of the University of London in 1893 which allowed her to graduate with a B.Sc. with honours. Bryn Mawr College awarded her their Residential Mathematical Fellowship which funded her studies for the year 1893-94. She was next awarded the Mary E Garrett European Fellowship which enabled her to spend 1894-95 at Göttingen in Germany. There she met again Grace Chisholm who was studying for her doctorate under Klein. Maddison attended lectures by Klein, Hilbert and Burkhardt during her year at Göttingen where she played a full part in the exciting mathematical atmosphere of the department.

In 1895 Maddison returned to Bryn Mawr College to take up the position of assistant to the president of the College, Carey Thomas, as Martha Carey Thomas preferred to be known. Carey Thomas, who had a doctorate in linguistics, had been appointed as the first dean at Bryn Mawr College when it opened and she had become the second president when James E Rhoads retired in 1894. Until 1902 Carey Thomas held both the position of dean and of president so Maddison had a busy life as her assistant. It was a position which took up so much of her time that she was unable to continue with mathematical research but she did complete her doctorate under Scott's supervision. She was awarded a Ph.D. in 1896 for her thesis On Singular Solutions of Differential Equations of the First Order in Two Variables and the Geometrical Properties of Certain Invariants and Covariants of Their Complete Primitives and in the same year appointed as Reader in Mathematics at Bryn Mawr. Her paper On certain factors of c- and p- discriminants and their relations to fixed points in the family of curves which she published in the Journal of Pure and Applied Mathematics was based on her doctoral dissertation was awarded the Gambel Prize. She also published an English translation of Klein's address to the Göttingen Academy in the Bulletin of the American Mathematical Society in 1896 and in the Bulletin of 1897 a Note on the History of the Map Coloring Problem.

Maddison remained at Bryn Mawr until she retired in 1926. One important piece of work where she did use her mathematical skills was in [2]:-

... a statistical study for the American Association of University Women of the health, marital status, children, occupations, financial status, and education of children of women college graduates between 1869 and 1898.

She did regret not having time for mathematical research, saying that she felt a bit:-

... ashamed of having deserted mathematics for a less rarefied atmosphere of work among people and things.

After Maddison retired she returned to England for a time but later went back to Pennsylvania where she spent time writing poetry rather than mathematics. Her will gave a large sum of money in the memory of Carey Thomas (who died in 1935) to be used as pension funds for non-faculty members of staff at Bryn Mawr. In a tribute by the Board of Directors after her death she was remembered for:-

... her natural and gentle sweetness, her love of youth, and her sensitivity.

Other Mathematicians born in England
A Poster of Isabel Maddison

Other websites about Isabel Maddison: