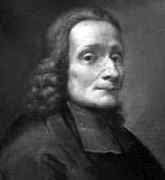 Gabriele Manfredi's father, Alfonso Manfredi, was a lawyer in Bologna. Alfonso, who came originally from Lugo, which is about 40 km east of Bologna, married Anna Maria Fiorini and they had four sons and two daughters. It was a remarkable family for, in addition to Gabriele, his brothers Eustachio Manfredi (1674-1739) (who also has a biography in the archive) and Eraclito (1682-1759) became professors of mathematics and of astronomy. His two sisters, Maddalena (1673-1744) and Teresa (1679-1767), did not receive the formal education of the boys, only receiving an elementary school education. However, they learnt from their brothers and became very knowledgeable in astronomy, mathematics and Latin. The girls devoted themselves to supporting the family, partly by undertaking domestic duties but also helping their brothers with their scientific work. They produced literary works aimed at the educated middle-class inhabitants of Bologna. The third brother, Emilio (1679-1742), became a Jesuit priest.

Gabriele's brother, Eustachio Manfredi, was over six years older than he was. Eustachio started up the Accademia degli Inquiti, which at first was an informal gathering of friends and fellow students, meeting at the Manfredi home from 1690 onwards. Gabriele, showing a precocious talent and a marked predilection for scientific study, joined in the meetings as he was growing up. Gabriele began to study medicine but the anatomy classes he attended frightened him so he decided to change topics and, for a while, studied history, languages, poetry and geography. However, he became interested in mathematics when his brother Eustachio was learning differential calculus from Giovanni Domenico Guglielmini (1655-1710). Guglielmini had produced important contributions to crystallography beginning in 1688 and went on to study hydraulics leading to his major work on rivers, Della Natura del Fiumi Ⓣ (1697), which included among other things a description of uniform flow. Gabriele Manfredi also studied with Guglielmini but, after his brother Eustachio turned to astronomy and Guglielmini left Bologna to move to Padua in 1699, Gabriele carried on studying mathematics on his own. He read mathematical works by Gottfried Leibniz, Johann Bernoulli and Jacob Bernoulli as well as studying Guillaume de l'Hôpital's differential calculus text Analyse des Infiniment Petits pour l'Intelligence des Lignes Courbes Ⓣ (1696).

In order to avoid confusion between the brothers, from this point on we shall refer to Gabriele Manfredi, the subject of this biography, simply as 'Manfredi' and if we refer to his brother we shall call him 'Eustachio'. Towards the end of 1702, Manfredi went to Rome to look for a job. His brother Eustachio had suggested that he contact Francesco Bianchini (1662-1729), the librarian to Cardinal Pietro Ottoboni. Bianchini was a historian, antiquarian and astronomer who, at this time, had been commissioned by Pope Clement XI to construct a sundial and meridian line in Santa Maria degli Angeli in Rome, modelled on one that Giovanni Cassini had designed for the Basilica of San Petronio in Bologna. Pope Clement XI had wanted this to be completed by 1700 but, when Manfredi arrived in Rome towards the end of 1702 it was still under construction. Manfredi assisted with the construction which was completed in 1703. He then remained in Rome until 1706 studying under a number of leading scholars including the Jesuit Antonio Baldigiani (1647-1711), professor of mathematics and theology at the Collegio Romano, and Domenico Quarteroni (1650-1734), professor of mathematics at La Sapienza, the University of Rome, from 1696 to 1734.

Bianchini was involved in another project, namely calendar reform, and he was secretary to a group of scientists working on this problem. Through contacts with members of this group, Manfredi was put in touch with Pierre Varignon who was working in Paris on applications of the differential and integral calculus. Since 1701 Manfredi had been corresponding with Guido Grandi who had been appointed as professor of philosophy in Pisa in May 1700. This correspondence with Grandi was particularly important since it marks the beginning of innovative research on the calculus being undertaken in Italy. While Manfredi was in Rome, Grandi published his important work on the differential calculus Quadratura circoli et hyperbolae per infinitas hyperbolas et parabolas quadrabiles geometrice exhibita Ⓣ (1703). In the spring of 1706, Manfredi left Rome and returned to Bologna where he published his most famous work, De constructione aequationum differentialium primi gradus Ⓣ (Bologna 1707), the first monograph in the world dedicated to the study of differential equations [4]:-

The work, in six sections, collected and presented in an orderly manner the results on first order differential equations scattered in the mathematical literature .... He first studied equations with algebraic solutions, then those that lead to transcendental curves, then moved on to equations that are solved by means of substitution of variables. The last section was a mixture of problems, some only proposed, such as integration of homogeneous equations.

A copy of the book was sent to Leibniz who wrote a favourable review of it in Acta eruditorum in 1708 and again in Giornale de' letterati d'Italia in 1710.

Manfredi became a chancellor in the Senate of Bologna in 1708, and continued to hold a position in the Senate until his retirement in 1752. He also taught mathematics at the University of Bologna, where he was appointed as a professor in 1720. He continued to produce works on differential equations, publishing Breve schediasma geometrico per la costruzione di una gran parte delle equazioni di primo grado Ⓣ, in the Giornale de' letterati d'Italia in 1714. In this work he gave methods to integrate first order homogeneous differential equations. His paper Soluzione di un problema appartenente al calcolo integrale Ⓣ, which appeared in the same journal in 1722, was prompted by Brook Taylor's challenge to "non-English mathematicians" to integrate a certain differential. This challenge was issued as part of the ongoing argument over the claims made for the superiority of Newton's or Leibniz's approach to the calculus. Between 1727 and 1761, Manfredi had fifteen memoirs read to the Bologna Institute of the Accademia delle scienze. Most of these memoirs concern the integration of ordinary differential equations. The last of these was read on 20 June 1761, shortly before his death

In 1742, following the death of his brother Eustachio Manfredi, he had been appointed as superintendent of the Bolognese Water Authority, taking on the role that Eustachio had held for many years. The problem that he faced was that the river Reno, a tributary of the river Po, was causing devastating floods between Bologna and Ferrara. Eustachio had represented Bologna in the discussions between experts from the States of Mantua and of Venice in attempts to solve this problem. The difficulties in finding a solution were great for there were economic issues, technical issues, political issues and legal issues to overcome. The problem had not been solved up to the time of Eustachio's death and so when Manfredi took over as superintendent of the Bolognese Water Authority he was still faced with this same difficulty. He was no more successful in this role than his brother had been and it was not until many years after Manfredi's death that the flooding problem was finally solved.

Manfredi was married to Teresa Del Sole from the family of the artist Giovan Giuseppe del Sole; they had three children. He died in Bologna and was buried in the family tomb in the church of Santa Maria Maddalena, in Via Zamboni formerly called San Donato Road.
Other Mathematicians born in Italy
A Poster of Gabriele Manfredi

Other websites about Gabriele Manfredi: