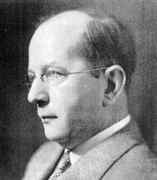 Joseph Ritt's parents were Eva Steinberg and Morris Ritt. The family were not well off and his studies were made much more difficult because of this. He entered City College in 1908 and studied there for two years. He showed great mathematical ability and in each year he was awarded the Belden Mathematical Prize. In 1910 he was appointed to the Naval Observatory in Washington D.C. whose main work was in determining standard time in the United States. The Observatory measured the position of celestial objects for purposes of timekeeping and navigation and in 1904, six years before Ritt took a job there, the Observatory broadcast the world's first radio time signals. Ritt really wanted to continue his education but he had to earn money to help with the family finances.

While he was in Washington D.C. Ritt did manage to continue his education as well as working at the Observatory. He studied at the George Washington University (it had university status from 1873 but had adopted its current name only six years before Ritt began to study there). He was awarded a B.A. in 1913 and, following the award, he took a summer graduate course at Columbia University (Columbia College had been renamed Columbia University in the year before Ritt took the course). Edward Kasner, who was on the faculty at Columbia University, recognised Ritt's remarkable talents and he was offered a fellowship to undertake research for his doctorate at Columbia. Ritt resigned his position at the Naval Observatory and began working for his doctorate which was awarded in 1917 for his thesis On a general class of linear homogeneous differential equations of infinite order with constant coefficients.

Of course World War I had been taking place during the most of the time that Ritt was undertaking research and when he had completed the work he undertook war work doing calculations for the Ordnance Department. In 1921 Ritt was appointed as an assistant professor at Columbia University and was promoted to associate professor in 1927. In the following year he married Estelle Fine [1]:-

Both were avid travellers, and Ritt, who visited Asia and Europe frequently, was fluent in a number of languages. Several of his early papers were published in French.

In fact Ritt published two important papers in 1922, namely Prime and composite polynomials and On algebraic functions which can be expressed in terms of radicals. In the following year he published Permutable rational functions which studies rational functions f and g which satisfy f(g(x))=g(f(x)). In 1925 he began his study of elementary functions and his work in this area was presented in his monograph Integration in Finite Terms. Liouville's Theory of Elementary Methods which was published in 1948. Laurence Young, reviewing the book, writes:-

One year before the publication of this work, Ritt had published Theory of Functions which provides an introduction to the theory of functions in a series of short and to the point lecture notes giving the student an account of the fundamental definitions and theorems of the subject. In fact his lecturing style, captured in these notes, was described by Lorch in [3] as follows:-

His lectures were etched on the mind of his hearers who carried away a feeling of masterfulness.

We left our description of Ritt's career at the point where he was associate professor at Columbia University. He continued on the faculty at Columbia for the rest of his life, being promoted to full professor in 1931 and Davies Professor of Mathematics in 1945. He served as Head of Department during 1942-45.

In the last three years of his life Ritt began a deep study of the applications of Lie theory to homogeneous differential equations. In a remarkable series of papers which appeared in the Annals of Mathematics he investigated a differential group of order n was he defined as a power series, with certain properties, in two sets of n indeterminates and their derivatives of various orders. He was invited to lecture on this work at the International Congress of Mathematicians, held in Cambridge, Massachusetts in 1950.

For the most part [Ritt] worked by himself; perhaps his innate shyness made it difficult for him to work comfortably with others ... It is clear that Ritt took an unusual interest in reading the great mathematical works of his predecessors. He drew substantial inspiration from careful study of classic texts, especially those by the great figures of the eighteenth and nineteenth centuries. Among his heroes were Niels Henrik Abel, Augustin Louis Cauchy, David Hilbert, Carl G J Jacobi, Joseph-Louis Lagrange, the marquis Pierre Simon de Laplace, Joseph Liouville and Jules Henri Poincaré. Their works set the standards Ritt tried to reach in his own mathematics, and were they to judge his work, he hoped it would be found worthy.

Other Mathematicians born in USA
A Poster of Joseph Ritt

Other websites about Joseph Ritt: