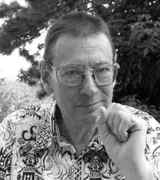 Norman Routledge was born in a small late-Victorian terraced house at 220 Victoria Road, Alexandra Park, North London. His father was an iron foundry clerk, working for the General Iron Foundry Co Ltd, a London manufacturer of wrought and cast iron goods. His mother was a nurse before her marriage. Norman was his parents' second child; he had one brother and three sisters. He attended the local primary school in Rhodes Avenue, close to his home. He described the school as "charming". At the age of eleven he took the 11+ examination and was about to begin his schooling at Glendale County School, Wood Green, when plans had to be altered due to World War II. His mother had attended Glendale County School which was quite close to his home in Victoria Road but World War II meant that children were evacuated from London. The government, anticipating that London would be bombed, decided to evacuate children and their mothers to the country to protect them from air raids. The plan was put into operation in September 1939, just when Norman would have been starting school.

Routledge's father had served in the Royal Flying Corps in World War I and, in 1938 even before World War II broke out, he volunteered as an air raid warden. The evacuation of London in 1939 led to Routledge and his mother going to Letchworth, north of London, where they lived with his aunt Grace. He attended Letchworth Grammar School in the centre of the town. He described it as a [4]:-

... lively school in which the staff were united in hatred of the headmaster.

The school was mixed, with girls sitting on one side of the classroom, while boys sat on the other side. Routledge performed well in most of his school subjects but his weakest one was English literature, something that he blamed on poor teaching. He was exceptionally interested in music, a subject in which he was very talented and he played the organ at the local church. His other interests, in addition to music, were history and mathematics. He was keen to pursue his interest in all three of these subjects but the headmaster of Letchworth Grammar School was opposed to him continuing to study music and advised his parents accordingly. Routledge's parents took the headmaster's advice and Routledge specialised in mathematics and physics. Perhaps the best thing that happened was the arrival of a new mathematics teacher George Braithwaite. Although he only stayed for a short time before leaving the school to become a university lecturer, Braithwaite had a large influence on Routledge. Braithwaite arranged for Routledge to sit the Cambridge scholarship examinations in mathematics. He advised him to take the King's College examinations and coached him.

In 1946 Routledge matriculated at King's College, Cambridge, having won a scholarship. At school, after winning the scholarship and before entering Cambridge, he read Newton's Principia. His background in Latin was good enough to allow him to read it in the original. At Cambridge he attended J E Littlewood's lectures which were a series of comments on one of his books. It was a style that Routledge liked. He was also very impressed by Fred Hoyle's lectures on applied mathematics which he greatly enjoyed. Albert Ingham and Philip Hall were the two supervisors for the mathematics students at King's College at this time. When giving supervisions, Ingham did not talk about anything other than mathematics. Philip Hall taught in the rooms that Maynard Keynes had occupied and Routledge went to his rooms once a week for a supervision session. Hall gave his students old examination papers to solve and then criticised the solutions they produced. Unlike Ingham, Routledge said, Hall was a shy man but happy to talk about a whole range of topics other than mathematics. Among Routledge's friends was Alan Turing, who had returned to Cambridge after the war to attend physiology courses. As well as studying mathematics, Routledge kept up his interest in music while at Cambridge. He graduated with First Class Honours in 1949 and began to undertake research.

In 1950 he wrote the paper A result in Hilbert space which was published in 1952. He writes in the Introduction:-

This paper is concerned with the problem of finding the smallest sphere which will contain a given set of points. The problem has been solved in the case of n-dimensional Euclidean space [see T Bonnesen and W Fenohel, 'Theorie der konvexen Korper', 1934)]. Here I extend the result to both real and complex Hilbert space, showing that for any set of diameter d there is a sphere of radius d/√2 containing it.

As well as undertaking research at Cambridge, between 1952 and 1954 he worked as a scientific officer at the Royal Aircraft Establishment at Farnborough and at the National Physical Laboratory at Teddington to fulfil the requirements for national service which was then compulsory. He continued to undertake research towards his doctorate, publishing the papers Ordinal recursion (1953) and Concerning definable sets (1954). These papers were based on ideas introduced by Alan Turing. Routledge was awarded a Ph.D. in 1954 for his thesis Recursive Sets. After eighteen months as a research student he applied for a research fellowship at King's College, Cambridge and was successful. For the next years he enjoyed what he later called his "golden years at King's College". As well as research, he did some teaching and he was appointed as director of studies in mathematics at King's College in 1957. He also interviewed pupils for admission to the College. In 1956 he published Logic on electronic computers: a practical method for reducing expressions to conjuctive normal form.

One day when he was ill with flu and unable to teach, he was visited by one of his students who had been a pupil at Eton College. The student told him that his old housemaster had died suddenly. The housemaster had been the senior mathematics master at Eton. Routledge realised that this would mean a vacancy for a well qualified mathematician at Eton so he made some enquiries and got permission from King's College to go to Eton and discuss the possibility of taking up the position with the headmaster. One might reasonably ask why Routledge would be so interested in this position which many might consider of lesser status than a university teacher. Philip Hall, who was Routledge's friend and advisor, had told him that if he wanted to stay at Cambridge he had to become the acknowledged expert on a particular topic. Routledge said in an interview [4]:-

I asked myself, do I want to become the acknowledged expert on a particular topic? With what some might call my butterfly mind and what I would call my wide interests, I knew that the answer to that question was "no".

He was offered the position at Eton and decided to accept. He had greatly enjoyed his years at Cambridge but was not sad to leave since he felt it was time to move on to "fresh fields and pastures new". He also felt that being a master at Eton was going to be more suitable for him than holding a position in a university. He thought that his wide interests would be appreciated in a school in a way that they would not at a university. He was appointed as a master at Eton College in 1959, taking up the position in the following year. Sir Eric Anderson, who was headmaster of Eton College from 1980 to 1989, said [1]:-

From day one, Norman was brilliant at conveying the excitement of mathematics to brilliant - and indeed not so clever - boys.

One of the "brilliant boys" was Timothy Gowers. He said [2]:-

I had [an] inspirational teacher, Norman Routledge, who had been a fellow of King's. He did not allow himself to be limited to the syllabus but ranged far more widely. In my last two years at Eton, the mathematics specialists were given a weekly sheet of challenging problems which were only loosely based on the syllabus, if at all. Of course, boys being boys, we tended to do nothing for five days and then rush at them for two days, but even so it was a very valuable experience.

It was an extraordinary privilege to have been taught by him. The way he taught was as far away from the requirements of a test as it is possible to imagine, yet when the exam came all the material was covered.

Dalyell describes other aspects of Routledge's years as a mathematics master at Eton College [1]:-

In 1973 he took over from the Spanish master Peter Hazell, and spent the next 14 years as housemaster in Cotton Hall. He installed striking William Morris wallpaper - he was a stalwart of the Victorian Society - in his sitting room, and purple-painted corridors in the boys' quarters. It was well known as a happy House, where an international mixture of boys - preferably musicians - was to be found. Routledge would produce House plays, such as The Merry Wives of Windsor, involving every boy in the House, even those of the most dire ham-actor tendency. On one occasion he played an angel in silver wings, delicately plucking his harp. One of his pupils, the present Earl of Wemyss, thanked Routledge for broadening the minds of generations of Etonians. "He had an amazing slide collection of baroque churches. He was lots of fun - but always totally in charge, and would crack down hard if any of us went over the score."

Routledge retired in 1989 and moved to Bermondsey. He continued with his love of music and taught music to the Salvation Army Community in Bermondsey.
Other Mathematicians born in England
A Poster of Norman Routledge

Other pages about Norman Routledge:

Other websites about Norman Routledge: