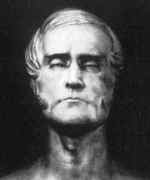 Félix Savart's father was Gérard Savart who was an engineer. The family had a long association with Mézières, Gérard's father (Félix's paternal grandfather), also a native of that city, had been involved with the founding of the engineering school there in 1748. Gérard Savart moved to Metz where he was in charge of draftsmen at the engineering school. Félix and his older brother Nicolas (born 1790) had their early schooling in Metz. With a strong family tradition of involvement with military engineering schools, one might have expected Félix Savart to also go down that path. In fact his early training did take him in that direction but in 1808, at the age of seventeen, he decided to train for a career in medicine.

Savart spent around two years from 1808 to 1810 studying at a hospital in Metz. Of course he had grown up in a period when France was enjoying military victories under Napoleon who had led French armies to victories over the armies of Austria, Prussia, Great Britain, Spain and the Netherlands between 1792 and 1797. Victories over three further coalitions set up to try to curb French power saw Napoleon at the height of his power in 1810. It was at this time, after training in the Metz hospital, that Savart became a regimental surgeon in Napoleon's army. He did follow certain family traditions by serving in the first battalion of engineers. However, during the years in which he served from 1810 to 1814, Napoleon suffered defeats in the Spanish and Russian campaigns. In 1814 Savart was discharged from the army and resumed his medical training.

It was to Strasbourg that Savart went in 1814 and, two years later, he graduated from the university with a medical degree. The topic for his thesis was varicose veins. During his medical studies Savart became interested in Aulus Cornelius Celsus (first century AD), one of the greatest Roman medical writers, author of De medicina Ⓣ. After completing his degree Savart remained in Strasbourg where he both gained further medical experience and also worked on a translation of Celsus's De medicina Ⓣ. After returning to Metz in 1817 where he set up a medical practice, Savart spent more time studying physics than treating patients. He set up an excellent physics laboratory to carry out experiments and became fascinated with a study of sound, in particular the acoustics of musical instruments such as the violin. He began to build violins trying to base the form of the instrument on mathematical principles.

With Savart showing little interest in his medical practice, and patients showing little interest in joining, he decided to go to Paris in 1819 and seek a publisher for his translation of Celsus's De medicina Ⓣ. He had another reason to go to Paris, and that was to see Biot so that he could discuss with him the acoustics of musical instruments that was by now fascinating Savart. As it happened, at the time that Savart reached Paris Biot was lecturing on acoustics at the Faculty of Science. He found Savart's work on the acoustics of bowed string instruments very interesting and he presented a memoir that Savart had written Mémoire des instruments à chordes et à archet Ⓣ to the Academy of Sciences; it was published in 1819. This memoir contained a design of a trapezoid violin which Savart claimed to have superior acoustic performance to the traditional violin. He used experimental results achieved using techniques similar to those of Chladni. It is reasonable to ask how successful he was with his trapezoid violin. Dostrovsky writes [1]:-

When the instrument was played before a committee that included Biot, the composer Cherubini, and other members of the Academy of Sciences and the Académie des Beaux-Arts, its tone was judged as extremely clear and even, but somewhat subdued.

When Savart arrived in Paris, Biot was undertaking research on electricity in addition to lecturing on acoustics. The two began a collaboration and when, early in 1820, Hans Christian Oersted reported that a compass needle placed near a wire carrying current pointed at right angles to the wire, they began to research more deeply into the field produced by the wire. Using the oscillation of a magnetic dipole to determine the strength of the field close to a wire carrying current, they discovered what today is called the Biot-Savart law. Magnetic fields produced by electric currents can be calculated using the Biot-Savart law which they presented to the Academy of Sciences on 30 October 1820. They took magnetism as the fundamental property rather than using the approach due to Ampère which treated it as derived from electric circuits. A joint Biot-Savart paper Note sur le magnétisme de la pile de Volta Ⓣ was published in the Annales de chemie et de physique in 1820.

Biot helped Savart find a teaching position in Paris and from 1820 he taught science in a private school there. On 5 November 1827, Savart was elected to the physics section of the Academy of Sciences to replace Fresnel who had died in July of that year. He taught at the Collège de France from 1828, becoming a professor of experimental physics there to succeed Ampère. He continued to hold this position until his death in 1841, a few months short of his fiftieth birthday.

In addition to the 1819 paper we mentioned above, Savart also carried out experiments on sound which became important for later students of acoustics. Among other papers he published on this topic we mention Mémoire sur la communication des mouvements vibratoires entre les corps solides Ⓣ (1820), Recherches sur les vibrations de l'air Ⓣ (1823), and Mémoire sur les vibrations des corps solides, considérées en général Ⓣ (1824). His contributions to music are summed up in Grove's Dictionary of Music and Musicians [2]:-

In general he threw light on the nature of the complicated relation between a vibrating body which is the source of sound and other bodies brought into connection with it, by virtue of which the original sound is magnified in intensity and modified in quality, well-known examples of such an arrangement being furnished by the sounding board of the violin tribe and the pianoforte.

He also developed the Savart disk, a device which produced a sound wave of known frequency, using a rotating cog wheel as a measuring device. McKusick and Wiskind write [5]:-

About 1830 Savart invented a toothed wheel for determining the number of vibrations in a given musical tone. He attached tongues of pasteboard to a hoop of the wheel and arranged for these to strike a projecting object as the wheel was turned. Alternately, he had cogs of a wheel strike a tongue of pasteboard. Presumably he employed this instrument to determine the vibrations per second of the tones he elicited from his experimental models. he would speed up the rotation of the wheel until a tone which matched the experimental one was produced. Since the frequency of the tone produced by the wheel could be easily determined, the frequency of the unknown tone produced by the model was ascertained. by an extension of this method, Savart compounded musical notes. For example, he would use, in combination, wheels with numbers of teeth which bore a simple relationship to each other. he used this method to explore the physical basis of harmonious and discordant sounds.

There were other topics that interested Savart and on which he undertook research. For example he studied turbulence and the medical implications of his research is studied in detail in [5]. The authors write in summary:-

In the latter half of the nineteenth century, in medical and physiological writings on the genesis of heart murmurs, Savart's "fluid veins" were repeatedly referred to. When it was realised that, in the case of partial obstruction to the flow of blood, the murmur is produced not at, or proximal to, the site of obstruction but in the fluid beyond, it was presumed that a mechanism like that revealed by Savart was involved.

The paper [4] discusses a detailed experimental study of the existence of water bells when a cylindrical jet impacts with the velocity normal to a circular disc, which was first studied by Savart in 1833.

Let us end this biography with giving two postscripts. First let us note that although one of Savart's main aims in going to Paris was to publish his translation of Celsus's De medicina the work never appeared. It seems that Savart became diverted into more interesting directions. As a second postscript we note some facts about Savart's older brother Nicolas Savart. Unlike Félix, Nicolas studied at the École Polytechnique and then followed the family tradition of becoming an officer in the engineering corps. The reason for mentioning him in this postscript is that Nicolas, like his brother, also published papers on acoustics. For example he published Quelques faits résultant de la réflexion des ondes sonores Ⓣ (1839), and at least three further papers after the death of Félix.

Félix Savart was honoured by having a street in Mézières named after him.
Other Mathematicians born in France
A Poster of Félix Savart

Other websites about Félix Savart: