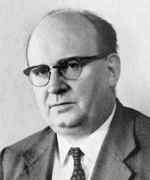 Noel Slater's parents were Doctor Albert Slater and Minnie Jane Bryan. The unsuspecting reader would be forgiven for believing that Albert Slater was either a doctor of medicine or had a Ph.D. In fact neither was the case, for he was given the first name of Doctor by his parents since he was the seventh son of a seventh son (and so by a Lancashire ancient superstition was believed to have magical powers). Not surprisingly, Albert Slater was somewhat embarrassed by this and used the name D Albert Slater. He taught music and was a Fellow of the Royal College of Organists. His son Noel inherited his father's musical talent and became an extraordinarily talented pianist.

Slater was brought up in Blackburn where, after attending elementary school, he attended Blackburn Grammar School. However, in the middle of his high-school education his family moved to Fordyce, a village in Banffshire to the west of Banff in Scotland. There he completed his secondary education at Fordyce Academy, a small school in the village, about 3 km from the coast. He graduated from the Academy in 1929 and began his university studies at the University of Edinburgh [1]:-

He clearly benefited by and often commented with satisfaction upon the breadth of his Edinburgh studies, and these were attended by marked success; he was elected both Arnott Scholar in Experimental Physics, and Maclaren and Ferguson Scholar in Mathematics, and he was a medallist in Mathematics and Natural Philosophy.

As many students who attended Scottish universities had done over a long period, after completing his first degree in Scotland in 1933 he went to Cambridge to study the mathematical tripos. He matriculated at Gonville and Caius College having won a George Green Scholarship. He performed well in his undergraduate studies being a Wrangler (First Class student) and winning the Mayhew Prize. He continued to study at Cambridge, undertaking research for his doctorate supervised by Ralph Fowler. He was awarded his doctorate in 1941 for his dissertation A Theory Of The Rates Of Unimolecular Reactions In Gases.

In fact although he did not obtain his doctorate until 1941, Slater had been appointed as an Observer at the Solar Physics Observatory in Cambridge in 1939. Of course the outbreak of World War II in September 1939 meant that his career had to be essentially put on hold while he contributed to the war effort. He joined a team of mathematicians and physicists developing rocket technology and the leader of the team praised Slater's [1]:-

... combination of mathematical expertise and physical insight, ... the meticulous patience and persistence shown in his work, and ... his choice of problems which showed a bold and adventurous mind ...

He spent these war years in Wales and entered fully into the local life [1]:-

He led bathing expeditions to almost inaccessible pools on the rugged Pembrokeshire coast (one of these could only be reached by descending the cliff-face on a chain, no doubt long since rusted away); he played an active role in a Christian study group sparked off by the publication of [C S Lewis's] 'The Screwtape Letters'; most importantly he won the hearts of many of the inhabitants of a small Welsh borough by entering to the full into their musical life, and is still warmly remembered there for his playing of the piano accompaniment in an amateur performance of Handel's 'Messiah'. ... He once got into trouble at a Welsh pub because he insisted on playing his kind of music, which was not the kind the hearty drinkers at the bar wanted to hear. He refused to stop, and was asked not to come again.

After the War ended in 1945, Slater took up his career again when he was appointed as a Lecturer in Applied Mathematics at the University of Leeds. He spent sixteen years at Leeds where he was promoted first to Senior Lecturer and then to Reader. In 1961 he moved to Hull when he was appointed to the Chair of Mathematics at the University of Hull. This meant that he was the Chainman of the Department of Mathematics at Hull, a position he retained until his early death in 1973 at the age of sixty years.

Slater continued to develop the work he undertook for his doctorate which led him to study a mathematical model for chemical reactions for many years. He wrote papers on this topic such as: (with R H Fowler) Collision numbers in solutions (1938), The rates of unimolecular reactions in gases (1939), Aspects of a theory of unimolecular reaction rates (1948), and Gaseous unimolecular reactions: theory of the effects of pressure and of vibrational degeneracy (1953). If this makes him look more like a chemist than a mathematician then others realised this too for when he was a visiting professor at Cornell he was Professor of Chemistry. David Kendall writes [1]:-

This work was carried out by Slater almost single-handedly over a number of years. It represented a new outlook on certain types of chemical reaction; it fell short of reality because, although the model was on the right lines, it involved neglecting certain features that are important.

Slater summarised his finding in this area in the monograph Theory of unimolecular reactions which was published in 1959. In fact Slater's work in this area had interesting connections [1]:-

When Mark Kac first went from Poland to the United States he was interested, as a (then) pure mathematician, in some problems related to the theory of almost-periodic functions, and one such was the distribution of the values of a superposition of vibrations with linearly independent frequencies. This is obviously closely linked to Slater's problem, but in fact it arose in an astronomical context, namely the "mean motion problem" of celestial mechanics. In 1943 Kac published two papers giving a formula for the frequency (in the probability sense) with which such a superposition of vibrations with linearly independent frequencies would cross a prescribed level "from below". To his surprise and pleasure he received a letter from Slater telling him that his formula, which Kac thought was "entirely useless", had opened the door to a new attack on an important chemical problem. This was the commencement of a long friendship.

Other papers by Slater were of a statistical nature such as The distribution of the integers N for which \thetan<ϕ (1950) and (with T C T Kotiah) The steady state of multi-server mixed queue (1973). R P Milch writes in a review of the second of these papers:-

Steady state results are presented for a multi-server queueing system with several types of customers. Each customer type has its own Poisson arrival rate and exponential service rate not dependent on the particular desk (server) providing the service. First, formulas for the mean desk occupation and the mean number waiting are presented, valid for general service time distributions. A general technique based on probability generating functions and an associated eigenvalue problem is outlined to determine all state probabilities of less than N (the number of desks in the system) customers. From that all probabilities of more than N customers may be shown to be the sum of geometric probabilities. The case of two desks is treated in detail.

Also in 1973, in another joint work with T C T Kotiah, Slater published On two-server Poisson queues with two types of customers. Other mathematical papers by Slater include Some formulae of P Stein and others concerning trigonometrical sums (1954) and General forms of Nielsen's Bessel-function identity (1962).

It remains for us to comment on one remaining, but important, aspect of Slater's contributions. This is his book The development and meaning of Eddington's 'Fundamental Theory' which was published by Cambridge University Press in 1957. When Eddington died in 1944 his Fundamental Theory was still unpublished. Edmund Whittaker did the necessary editorial work to see Eddington's Fundamental Theory published in 1946. However, there were five or six different manuscript versions of the book left by Eddington and it was totally unclear whether Whittaker had published the latest draft of the text [1]:-

Slater realised the importance of urgent action, and took steps to ensure that a veritable mountain of manuscript in Eddington's study should not be disturbed or so much as dusted until he had had time to go to Cambridge and sort it. When he got there he found odd bundles of sheets from numerous different drafts heaped up in a towering pile, sometimes one way up and sometimes the other, and with little to indicate their interrelationship. After the war Slater devoted himself to the separation of these into variant versions of sections of the book, representing different and competing strands in Eddington's thought, and finally, in his own book [The development and meaning of Eddington's 'Fundamental Theory'], Slater published a sort of variorum edition modelled quite consciously on the similar activities of New Testament scholars. No one was sure about the scientific status of 'Fundamental Theory' at that time, and one is even less sure now. What is important in the long term about Slater's own achievement is that it provides us with an authentic snapshot of the competing concepts simultaneously present and wrestling for expression in the mind of a great creative genius.

Slater explained in the Preface that:-

Many have tried to read [Eddington's] book; but all have found it difficult.

He explained that he had used all six manuscripts by Eddington and reproduced in his book:-

... all passages which (a) contribute materially to the understanding of the final version or (b) contain developments which were later discarded but are of intrinsic interest.

In fact a detailed study of the scientific status of Eddington's theory has now been made by Ian T Durham in his University of St Andrews doctoral thesis.
Other Mathematicians born in England

Other websites about Noel Slater: