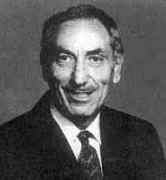 Edwin Spanier attended the University of Minnesota, graduating in 1941. The Second World War meant that Spanier spent three years doing army service before studying for his doctorate. This army service was in the U.S. Signal Corps.

After his three years of army service, Spanier studied for his doctorate at the University of Michigan. Spanier's doctoral supervisor was Norman Steenrod and under his supervision Spanier wrote a thesis on algebraic topology for which he was awarded his doctorate in 1947. The following year Spanier spent as a research fellow at the Institute for Advanced Study at Princeton. Then in 1948 he was appointed to the faculty of the University of Chicago.

During the time he held a post at Chicago, Spanier spent the year 1952-53 in Paris supported by a Guggenheim Fellowship, and the year 1958-59 as a member of the Institute for Advanced Study. Then in 1959 Spanier was appointed as professor of mathematics at Berkeley. At Berkeley, Spanier built up a strong group working in geometry and topology by several appointments of topologists to the faculty of Berkeley and also by attracting many top topologists to spend periods as visitors at Berkeley.

From the time of his doctoral work until around the time of the publication of his classic teext algebraic topology in 1966, Spanier work almost exclusively on algebraic topology. His first important paper on Borsuk's cohomotopy groups was published in the Annals of Mathematics in 1949. This work gave an algebraic classification of maps from polyhedra to spheres. Chern was appointed professor of geometry at Chicago in 1949, the year following Spanier's appointment, and the two began the study of homology groups of fibre spaces with their joint paper The homology structure of sphere bundles in 1950. Spanier began joint work with Henry Whitehead and in a series of papers they introduced the method of duality in homotopy theory. The range of his work is described in [1]:-

In all, Spanier published moer than forty papers in algebraic topology, contributing to most to most of the major research areas in the field, including cohomology operations, obstruction theory, homotopy theory, imbeddability of polyhedra in Euclidean spaces, and topology of function spaces. Many of his results are now standard tools in all fields that untilize global geometrical reasoning. These include not only various subjects in pure mathematics, but also diverse areas in applied mathematics, including computer science, mathematical physics, economic models, and game theory. Interestingly, one of Spanier's theories, now called Alexander-Spanier homology, is currently being applied to analyse differential equations - a return to Poincaré's original use of algebraic topology.

We have suggested that his work on algebraic topology went on until around the time that his famous book was published in 1966. However, he began to collaborate on work on formal languages from about 1961 onwards. This work is of major importance in theoretical computer science, and also has applications in other areas such as the theory of dynamical systems.

Spanier had an outstanding reputation as a lecturer and writer, his lectures and publications being [1]:-

... characterised by unusual lucidity and precision and an even rarer naturalness and simplicity. No matter how complex the subject, at the end the reader feels the theorems are the right ones, the hypotheses natural, and the methods as simple as possible.

Spanier returned to algebraic topology for the publications in the last years of his life. In fact his final publication returned to the topic of his first, namely the axioms which Eilenberg and Steenrod proposed for homology theory.
Other Mathematicians born in USA

Other websites about Edwin Spanier: