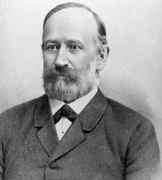 Both Josef Stefan's parents, although living near Klagenfurt in Austria-Hungary (now Austria), were of Slovenian origin and spoke Slovenian. His father, Ales Stefan (1805-1872), worked as a miller of flour and as a baker. Josef's mother, Marija Startinik (1815-1863), was employed as a maidservant. They were both illiterate and were not married. Josef showed his brilliance when at elementary school in Klagenfurt and he showed himself to have both the desire and ability to do well at the Gymnasium which was recommended by his teachers. However, as an illegitimate child he would not be allowed to attend a Gymnasium so, when he was eleven years old, his parents married to give Josef to opportunity of a good education. Stefan entered the Gymnasium in Klagenfurt in 1846.

On 13 March 1848, eleven days before Stefan's thirteenth birthday, a Revolution began in Austria. It was prompted by the Paris Revolution in February of the same year. People sought basic freedoms but the country was divided and revolutionary and counter-revolutionary groups fought for power. Stefan was at an impressionable age and the Revolution made him much more aware of the various ethnic groupings and his own Slovenian origins. He reacted by writing Slovenian poetry which he published. His poetry touched on scientific topics as well as sometime being fiercely patriotic while at other times it was romantic. In 1853 he completed his studies at the Gymnasium as the top student in his class and, although having a range of interests which he could have chosen to study at university, nevertheless was quite certain that mathematics and physics were for him. He did consider joining the Benedictine Order for a while but soon gave up the idea.

His career at the University of Vienna included a spell as dean of the Philosophy Faculty in 1869-70, and rector in 1876-77. We noted his election to the Austrian Academy of Sciences in 1860. He became a full member in 1865, was secretary of the Mathematical Sciences Class of the Academy from 1875, and was vice-president of the Academy from 1885 until his death.

The programme of research that Stefan embarked on was wide ranging across a number of different areas. He was a great admirer of Maxwell's contributions and was a major player in making his work known on the Continent. It was in Maxwell's papers that he came across the following:-

It would be almost impossible to establish the value of the conductivity of a gas by direct experiment, as the heat radiated from the sides of the vessel would be far greater than the heat conducted through the air, even if current could be entirely prevented.

Of course Maxwell was right about the difficulties but Stefan was one to rise to a challenge, especially when it came to devising experiments thought to be almost impossible. A new instrument would be needed to determine the thermal conductivity of air, reasoned Stefan, and he set about devising one which he called a diathermometer described in his paper Untersuchung über die Wärmeleitung in Gasen, Erste Abhandlung Ⓣ (1872). With this he was able to find a value of the thermal conductivity or air which only has an error of about 10%. Maxwell, and also Clausius who had also worked on the problem, had deduced that thermal conductivity should be independent of the pressure of the gas, and Stefan was able to verify this experimentally. He went on the find the thermal conductivity of hydrogen, nitrous oxide, methane, carbon monoxide, and carbon dioxide, presenting the results in Untersuchung über die Wärmeleitung in Gasen, Zweite Abhandlung Ⓣ (1875).

Stefan showed empirically, in 1879, that total radiation from a blackbody is proportional to the fourth power of its absolute temperature. This is the result for which he is best known and it was the work which we have described above which set him up to undertake this next piece of research. In fact he was led to the result by data produced by Tyndall in an 1865 book. Tyndall measured the radiation from a platinum wire heated by an electric current. Stefan, using Tyndall's data, wrote in Über die Beziehung zwischen der Wärmestrahlung und der Temperatur (1879):-

From weak red heat (about 525° C) to complete white heat (about 1200° C) the intensity of radiation increases from 10.4 to 122, thus nearly twelvefold (more precisely 11.7). This observation caused me to take the heat radiation as proportional to the fourth power of the absolute temperature. The ratio of the absolute temperature 273 + 1200 and 273 + 525 raised to the fourth power gives 11.6.

Stefan then applied it to determine the approximate temperature of the surface of the Sun. Boltzmann, who was one of Stefan's students, showed in 1884 that this Stefan-Boltzmann law could be demonstrated mathematically.

After this work, Stefan looked at the problem of the polar ice caps. Several ships had been trying to find the Northwest Passage and in so doing had become stuck in the polar ice over the winter. The scientists on board had taken recordings of the air temperature and ice growth. Stefan realised that this was a variant of the problem he had been studying. Instead of considering the transfer of heat across a fixed boundary, this problem involved the transfer of heat across a moving boundary. He presented his results in Über die Theorie der Eisbildung, insbesondere über die Eisbildung im Polarmeere Ⓣ (1889).

Other work by Stefan includes studies of surface tension and evaporation, during which he proposed what today is called 'Stefan's number' and 'Stefan's law'. He also undertook research on alternating electric currents, studying the induction coefficients of wire coils. His wide range of topics can be illustrated by noting that he also made important contributions to optics, discovering secondary rings in Newton's experiments.

The life which Stefan led was totally dedicated to science. He frequently slept in his laboratory and on occasions would spend several days in the laboratory without ever leaving. Of course with such total dedication to his work, Stefan had little time for friends and had hardly any social life. However he was liked by his students who found him an excellent teacher who could enthuse them for physics. Although his great strength as a researcher was on the experimental side, nevertheless he was an excellent mathematician who could show insight on the theoretical side too. His most famous student, Boltzmann said this of him (see for example [5]):-

He used the tools of advanced mathematics and understood how to present the most difficult developments in the clearest and most lucid form without ever having to resort to mathematical formalism. ... [He] never tried to flaunt [his] mental superiority. [His] uplifting humour, which turned the most difficult discussion into an entertaining game for the student, made such a deep impression on me.

Boltzmann painted a picture of a wonderful research environment:-

Nothing diminishes the excellence of [Stefan's] character, the magic [he] worked on the young academics. That magic could only be experienced personally. [The experience] stayed with me my whole life as a symbol of serious, inspired experimental activity.

For most of his life Stefan was unmarried, too dedicated to his profession to have space for wife or family. However, in 1891 when he was 56 years old, he married Marija Neumann who was a widow. He lived only a little over a year after his marriage, suffering a stroke. He was buried in the Zentralfriedhof in Vienna.
Other Mathematicians born in Austria
A Poster of Josef Stefan

Other websites about Josef Stefan: