Born
2 October 1926
Chiba, Japan
Died
31 May 1998
Mitaka, Japan
Summary
Michio Suzuki was a Japanese mathematician who studied group theory and discovered the groups named after him. 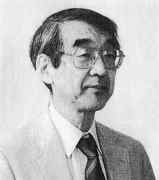 Michio Suzuki had two brothers Tatsuzo Suzuki and Sadao Suzuki. Michio Suzuki studied at the Third High School of Japan in Kyoto, entering the school in April 1942. This followed the practice in Japan at this time to send exceptionally talented boys to one of a small number of senior high schools before entering university. There were a number of pupils at the Third High School who went on to make major contributions to mathematics, for example Noboro Ito and Hidehiko Yamabe were a class above Suzuki, being slightly older than him. Of course all of Suzuki's time at high school coincided with World War II and so his education was quite seriously disrupted. Quite often classes could not be held regularly and Suzuki had to go to work in the fields and factories with his classmates. The war was reaching its climax in April 1945 when Suzuki entered the University of Tokyo to study mathematics. Tokyo was often bombed and on those occasions Suzuki and his fellow students had to escape into the countryside.

After his undergraduate studies, Suzuki began research in the University of Tokyo's graduate School in April 1948. His supervisor was Shokichi Iyanaga but the person who influenced him most at this time was Kenkichi Iwasawa. His studies were financed with a special graduate fellowship which he received from the government of Japan from 1948 to 1951. In April 1951, while still working on his dissertation, Suzuki was appointed as a lecturer at Tokyo University of Education. He held this lectureship until January 1952 when he went to the United States having been awarded a graduate fellowship from the University of Illinois at Urbana-Champaign. He received his doctorate from the University of Tokyo in May 1952 although he was not present at the graduation ceremony. In the summer of 1952 he went to the University of Michigan for two months. This was very profitable since Richard Brauer was the professor there and Walter Feit was a graduate student. Brauer's influence on Suzuki was highly significant and led him towards the most important areas.

In September 1952 Suzuki was awarded a post-doctoral fellowship to undertake research at the University of Illinois at Urbana-Champaign and in November he married Naoko Akizuki, the daughter of a professor at Kyoto University; they had a daughter, Kazuko Suzuki. He continued to undertake research at Urbana-Champaign, holding a research associateship until he was appointed as an assistant professor in September 1955. During this period he published a series of excellent papers: The lattice of subgroups of a finite group (in Japanese) (1950); On the finite group with a complete partition (1950); On the lattice of subgroups of finite groups (1951); On the L-homomorphisms of finite groups (1951); and A characterization of simple groups LF(2,p) (1951). The last of these is described by Richard Brauer:-

As usual, we denote by LF(2,p) the simple group of order p(p-1)(p+1)/2, (p > 3 a prime number). All proper subgroups of LF(2,p) are of one of the following four types: metacyclic groups (i.e. groups with a cyclic normal subgroup such that the factor group is cyclic), tetrahedral, octahedral, icosahedral groups. The author proves the converse. If all proper subgroups of a non-cyclic simple group G are of one of these four types, then G is isomorphic to a group LF(2,p). ... The proof is ingenious but long and difficult.

After spending academic year 1956-57 at Harvard University, Suzuki returned to the University of Illinois where he was promoted to associate professor in 1958 and full professor in 1959. Then in 1960 he discovered a new class of finite simple groups, something which stunned the world of mathematics. Let us explain a little about the area in which Suzuki was working. A simple group is one which has no normal subgroups other than the identity subgroup and the group itself. Simple groups are the building blocks from which any group is made up. Cyclic groups of prime order are simple, but the interesting problem with simple groups is investigating non-abelian finite simple groups. Burnside had conjectured that there did not exist non-abelian finite simple groups of odd order. Brauer, speaking at the International Congress of Mathematicians at Nice in 1970, said:-

Up to the early 1960s, really nothing of real interest was known about general simple groups of finite order.

Regarding the above conjecture of Burnside, Brauer said:-

Nobody ever did anything about it, simply because nobody had any idea how even to get started.

In 1957 Suzuki made a major breakthrough. In his paper The nonexistence of a certain type of simple groups of odd order he showed exactly what the title indicates. For those who know some group theory, we note that Suzuki proved that a finite group of odd order cannot be simple if the centraliser of every non-identity element is abelian.

The editors of [1] write in the Preface:-

Professor Michio Suzuki had a great influence in group theory over the last 50 years. We believe that his work in the 1950's ignited work on the classification of finite simple groups, and in the 1960's and 70's he led its development. The classification was completed in the early 1980's by Aschbacher, Gorenstein, Thompson and many others. ... Although Professor Suzuki was affiliated with the University of Illinois from 1952 until his death, he had a profound influence on the development of group theory (and subsequently of algebraic combinatorics) in Japan. Through him, word of recent developments in group theory often reached Japan, in particular through his regular summer visits. His recommendations gave many of us opportunities to visit abroad for research and to help us find jobs. We believe it is fair to say that much of the respect given to group theory in Japan as a whole derives from that given to Professor Michio Suzuki as one of the top mathematicians in the world (of course, many other Japanese group theorists deserve credit: nonetheless, the influence of Professor Suzuki was extraordinary).

Michio Suzuki received many honours for his contributions to group theory. He was a Guggenheim Fellow in 1962-63 and gave an invited lecture at the International Congress of Mathematicians in Stockholm in 1962 and at the International Congress of Mathematicians in Nice in 1970. In 1974 Suzuki was awarded the Academy Prize from theJapan Academy. He was awarded an honorary degree from the University of Kiel, Germany, in 1991:-

... for his achievements in the domain of group theory, above all in recognition of his path-breaking works on the classification of finite simple groups as well as for his fundamental work on lattices of subgroups and his contributions to the theory of permutation groups.

Harada writes very movingly in [3] about Suzuki's last few months. After liver cancer was diagnosed, he returned to Japan. Although he had published little after 1980, he was working on a major new line of research in the months before the cancer was discovered. He continued to work on this final paper during his final days in Japan and the paper On the prime graph of a finite simple group - an application of the method of Feit-Thompson-Bender-Glauberman was published in [1].
Other Mathematicians born in Japan
A Poster of Michio Suzuki

Other websites about Michio Suzuki: