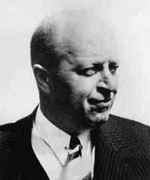 Yakov Davydovich Tamarkin (known after he emigrated to the United States as J D Tamarkin or Jacob David Tamarkin) was born into a wealthy family. His father, David Tamarkin, was a doctor, and his mother was Sophie Krassilschikov. The family moved to St Petersburg where Tamarkin attended the Second Gymnasium.

The Second Gymnasium was the oldest secondary school in St Petersburg having been founded in 1806. The director of the school was Alexei Ivanovich Davidenkov, who came from a famous St Petersburg family. He had two nephews, one being a leading researcher in mechanics and physics who was a member of the Ukrainian Academy of Sciences and the other was a famous psychiatrist who was a member of the Academy of Medical Sciences. Davidenkov avoided political involvement and ran the gymnasium as a top class school. Tamarkin was in the same class at the Second Gymnasium as Alexander Friedmann and the two became very close friends. Smirnov was also a pupil at the Second Gymnasium and was one year older than Tamarkin and Friedmann.

In each class Tamarkin and Friedmann performed brilliantly and from the fifth form onwards they concentrated hard on their mathematical studies. One amusing fact which the school records show is that Tamarkin was often late for school. In 1905 Tamarkin and Friedmann wrote a paper on Bernoulli numbers which they submitted to Hilbert for publication in Mathematische Annalen. The paper was accepted and appeared in print in 1906. The year 1905 was not only one of great scientific importance for Tamarkin, it was also one where he became extremely active politically. Both he and Friedmann were student leaders of strikes at the school in protest at the government's repressive measures against schools.

Tamarkin graduated from the Second Gymnasium in 1906 with a gold medal and entered the Physics and Mathematics Faculty of the University of St Petersburg in August of that year. Although he had been keen to become involved in political activity at school, this was much less evident at University as he had to increasingly concentrate on his studies. Valentina Doinikova, who was a friend of Friedmann, describes how Tamarkin, Friedmann and Smirnov went around together while undergraduates at St Petersburg University:-

Friedmann, Tamarkin and Smirnov often came together, and they were called 'the boys from the Second Gymnasium'. They were always smart and neatly dressed, and always called each other - in public - by their first name and patronymic.

Tamarkin maintained his close friendship and academic collaboration with Friedmann and by 1908 the two were attending lectures by Steklov on partial differential equations. They made lecture notes, which Steklov checked, and then they had them printed. Tamarkin and Friedmann worked on another paper at this time and submitted Some formulas pertaining to the theory of the function [x] and Bernoulli numbers to Crelle's Journal. It was published in 1909. In April 1909 Steklov set Tamarkin a project. He wrote in his diary:-

I proposed to Tamarkin that he think about the asymptotic solution of differential equations (i.e. stability, in the sense of Poincaré and Lyapunov) or the problem of equilibrium of a rectangular plate.

Tamarkin graduated in 1910 with the equivalent to a Master's degree, then remained at St Petersburg to prepare for the position of professor of mathematics. Steklov, wrote in a reference for Tamarkin in which he seeks financial support for both him and Friedmann to continue their studies:-

I must add that during the twenty years of my teaching career I have never met young people as gifted as these ... They should be retained for science's sake at any cost and should be given the opportunity to dedicate themselves to scientific work without distracting themselves by external pursuits.

For his Magister degree, Tamarkin had to both take examinations and also to write a thesis. He took written examinations in 1912 and 1913. and then submitted his thesis in 1917 on boundary value problems for linear differential equations. N M Gunter and V A Steklov were appointed to examine the thesis. It was published in English in Mathematische Zeitschrift in 1928 as Some general problems of the theory of ordinary linear differential equations and expansion of an arbitrary function in series of fundamental functions. During the years in which he undertook research for his thesis he led a most varied life, full of music and a number of other activities in addition to his mathematics. For example, in 1912, he was a member of a government commission studying railway accidents. As well as teaching at the University, Tamarkin taught at two other institutions in St Petersburg, namely the Electro-Technical School and the School of Communications. It was during this time (in 1914) that St Petersburg changed its name to Petrograd.

In 1919 Tamarkin married Helen Weichart; they had one son. However these were extremely difficult times in Russia. The Revolution of October 1917 became inevitable when Alexander Kerensky, the prime minister, sent troops to close down two Bolshevik newspapers. Lenin, who had been in hiding, made a public appearance telling the Bolsheviks to overthrow the Government. On the morning of October 26, after hardly any bloodshed, Lenin proclaimed that the Soviets were in power. Soon after this the Russian nation was plunged into civil war. The Red Army was formed in February 1918 with Trotsky as its leader. The Reds opposed the White Army formed of anticommunists led by former imperial officers.

The University of Perm opened in 1916 as a branch of the University of St Petersburg but in 1917 became an independent institution. Perm suffered badly in fighting during 1919 being at times controlled by the Red army and at other times by the White Army. Friedmann and Besicovitch had worked there through the difficult times and in late 1919 Tamarkin went there too. Both Friedmann and Besicovitch returned to Petrograd (as St Petersburg was then called) but Tamarkin spent two years at Perm until 1922 both as professor and dean of the university. After this he returned to Petrograd, taking up teaching at the three institutions he had previously taught at, and adding a further teaching position at the Naval Academy. Hunter writes [4]:-

His research during this period continued on boundary value problems, but also included advances in mathematical physics, differential equations, and approximations. As an outgrowth of his teaching activities, he co-authored two mathematics textbooks for engineers.

Tamarkin published a series of papers written jointly with Hille between 1932 and 1934. For example they published: On the summability of Fourier series (two papers), On a theorem of Hahn-Steinhaus, On a theorem of Paley and Wiener, On the theory of linear integral equations. He published a major text The Problem of Moments written jointly with J A Shohat in the American Mathematical Society Mathematical Surveys Series (1943). The problem of moments is the theory of an infinite system of integral equations under various hypotheses. The book was the first to give a unified and detailed presentation of the deeper theory of the moment problem.

An enthusiast for the American Mathematical Society, he served on its Council from 1931. He was appointed to its Colloquium Committee in 1937 and served the Society as vice-president in 1942-43. In 1945 when he was 56 years old, Tamarkin suffered a heart attack. He retired from his professorship at Brown University and although for a while he began to recover, he died later in 1945.
Other Mathematicians born in Ukraine
A Poster of Yakov Davydovich Tamarkin

Other websites about Yakov Davydovich Tamarkin: