Born
18 November 1872
Genoa, Italy
Died
6 January 1953
Rome, Italy
Summary
Giovanni Vacca was an Italian mathematician and historian of science. He was interested in the history of Chinese science. 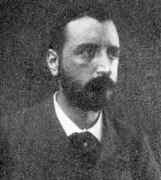 Giovanni Vacca went to school in Genoa and at this time he was politically very active. In 1892 he helped Filippo Turati, a young lawyer from Milan, to found the Italian Workers' Party (Partito dei Lavoratori Italiani). The following year the party was renamed the Italian Socialist Party (Partito Socialista Italiano). The party was mainly social democratic. It believed in the class struggle and aimed to win seats in parliament. The party had Marxist views but it expected to slowly influence people towards its views.

Vacca entered the University of Genoa to study mathematics. However in 1894 Crispi dissolved the Party and the leaders of the Party, including Vacca were banished from Genoa. The banishment was in 1897 and, fortunately, this allowed Vacca to graduate that year before moving away from Genoa. He moved to Turin where he became Peano's assistant in November 1897.

In 1899 Vacca went to Hannover to study the unpublished manuscripts of Leibniz. The following year Vacca attended the First International Congress of Philosophy which was held in Paris in 1900. At the Congress Vacca met Couturat and, the following year, Couturat wrote in the preface of La Logique de Leibniz Ⓣ :-

Our work on the logic of Leibniz was almost completed (at least we thought so) when we had the pleasure, at the International Congress of Philosophy (August, 1900), of making the acquaintance of Mr Giovanni Vacca, at that time mathematical assistant at the University of Turin, who had examined, the year before, the manuscripts of Leibniz preserved in Hannover, and had extracted from them several formulae of logic inserted in the "Formulaire de Mathématiques" of Mr Peano. It was he who revealed to us the importance of the unpublished works of Leibniz, and inspired us with the desire to consult them in turn.

In 1903 Vacca published a collection of short works by Leibniz and some of his papers which had not been previously published. However before this, in 1902, Vacca's position as Peano's assistant came to an end and he had returned to Genoa.

Despite the dissolution of the Italian Socialist Party in 1894, it had been revived in the late 1890s and won 32 parliamentary seats in 1900. Vacca, on his return to Genoa in 1902, worked for the Party again becoming a member of the Socialist Council and also a member of the national party administration. However Vacca continued his mathematical work and gave a course at the University of Genoa on mathematical logic.

In 1904 Vacca returned to Turin and was assistant to Peano for one further year. However Vacca had by this time yet a third interest in addition to mathematics and politics. He had become interested in Chinese as early as 1898 when there had been a Chinese exhibition in Turin and he had some lessons in Chinese from two missionaries who had returned from China. In 1905, this interest in Chinese became the road that Vacca decided to follow.

He went to Florence to study the Chinese language at the university. Vailati was teaching in Florence at this time and the two already knew each other from their time in Turin. They shared mathematical interests and certainly Vacca continued his mathematical research and interest in the history of mathematics. In fact Vacca would be one of the editors of Vailati's collected works, published in 1911, two years after Vailati's death.

Vacca spent 1907-08 in western China, spending a year in the city of Cheng-tu. After his return to Florence he was awarded his doctorate for Chinese studies in 1910 and, the following year, he was appointed to a post teaching Chinese literature at the University of Rome. In 1922 Vacca succeeded his old professor of History and Geography of East Asia to the chair at Florence. Vacca taught Chinese language and literature there until he retired in 1947.

Despite his change of topic in mid career, Vacca continued his Chinese and mathematical studies in parallel. For example in 1928 Peano presented a paper by Vacca on Fermat's method of descent to the Academy of Sciences of Turin. Throughout his career he published around 130 papers, 47 relating to his Chinese interests, 38 on mathematical research and 45 on the history of mathematics.
Other Mathematicians born in Italy
A Poster of Giovanni Vacca

Other pages about Giovanni Vacca:

Other websites about Giovanni Vacca: