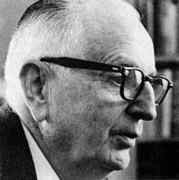 Warren Weaver's parents were Kittie Belle Stupfel and Isaiah Weaver who was a pharmacist. The family moved from Reedsburg to Madison, remaining in Wisconsin, in 1904. It was in Madison that Weaver attended secondary school and also where he entered the University of Wisconsin.

Weaver initially intended to train to become an engineer, but he was influenced to move towards applied mathematics and mathematical physics by his teachers, in particular Max Mason. The other influence on Weaver was Charles Slichter who was professor of mathematics at the University of Wisconsin and had earlier influenced Mason to change from engineering to mathematics. Weaver was awarded a B.S. in 1916 and a C.E. in the following year. He then undertook doctoral studies writing that Mason:-

... had a great and lasting influence on a large number of graduate students. The mediocre ones found him pretty tough, but the really good ones almost worshiped him.

Weaver was clearly in this latter category. However during the years that he was undertaking research for his doctorate Weaver had other jobs: he was assistant professor of mathematics at Throop Polytechnic Institute in Pasadena, California during 1917-18. Throop Polytechnic Institute was founded in 1891 and assumed its present name of the California Institute of Technology (Caltech) in 1920. Weaver also served in the U.S. Air Force from 1917 to 1919, and married Mary Hemenway in 1919; they had two children.

After completing his war service in the Air Force, Weaver returned to Throop Polytechnic Institute in 1919 where he taught for a year as an assistant professor of mathematics before returning to Wisconsin-Madison to complete his doctoral studies; he was awarded his Ph.D. in 1921. He was appointed to the Mathematics Department at Wisconsin-Madison and progressed to become a full professor. He was chairman of the mathematics department from 1928 to 1932. During this period he collaborated with Mason to write the monograph The electromagnetic field which was published by the University of Chicago Press in 1929. (It was reprinted in 1952.) He was not, however, a creative mathematician and was much more at home helping to solve the problems which colleagues in science departments brought to the mathematics department. He felt that the natural step would be to set up an Applied Mathematics Institute at Wisconsin specifically to provide a service to scientists but he failed to convince the university that this was a good idea.

Mason specifically brought Weaver to the Rockefeller Foundation to launch a new program for stimulating the use of the ideas and methods of the physical sciences in biology. ... As developed by Weaver, the program operated on a worldwide basis and stressed the acquisition of knowledge - that is, it was conscientiously pure science. ... Weaver personally chose the grantees; peer review was not his style.

Perhaps Weaver is best known for his work as an applied mathematician during World War II. He headed the Applied Mathematics Panel of the Office of Scientific Research and Development from 1943 to 1946. It [3]:-

... provided mathematical consulting services to the armed forces and defense contractors on a wide range of tactical problems. It was a much-enlarged version of his proposed institute at the University of Wisconsin.

Details of the work of the Applied Mathematics Panel is given in [6]. Mina Rees was executive assistant to Weaver and she shows her admiration of his contributions in [7]. She describes the mathematical activities which were part of the war effort in World War II and of their impact on applied mathematics after the war.

Weaver suffered a serious illness shortly after the end of the war. He was diagnosed with Ménière's disease, which is an illness of the ear leading to loss of hearing, ringing in the ears, dizziness, and the feeling of pressure in the ears. He spent several months in bed and was not able to return to his work at the Rockefeller Foundation until 1946. He was appointed director of the Division of Science and Agriculture in 1951 and he held this position until he became vice president Natural and Medical Sciences of the Rockefeller Foundation in 1955. By this stage he was in charge of all the sciences and continued in this role until he retired from the Foundation in 1959.

Let us mention another aspect of Weaver's work. He wrote an expository introduction to the general mathematical theory of communication which appeared as the second of two papers in The Mathematical Theory of Communication published by The University of Illinois Press in 1949. Some ideas are suggested in this paper by Weaver for a broader application of the fundamental principles of communication theory. He suggested that there were three levels of problems in communication:- The second author of this book, who wrote the first paper consisting of about two-thirds of the work, was Claude E Shannon. The book was translated into German and appeared as Mathematische Grundlagen der Informationstheorie in 1976.

Weaver was also famed for his popular writings on science. For example he wrote Lady Luck in 1962 giving a popular account of the theory of probability. Other works such as A great age for science rapidly became dated as [3]:-

In Science and Complexity which appeared in the American Scientist in 1948 Weaver writes (among many other things) about science and war:-

Out of the wickedness of war have come two new developments that may well be of major importance in helping science to solve these complex twentieth-century problems. The first piece of evidence is the wartime development of new types of electronic computing devices. ... [Their] combination of flexibility, capacity, and speed makes it seem likely that such devices will have a tremendous impact on science. They will make it possible to deal with problems which previously were too complicated, and, more importantly, they will justify and inspire the development of new methods of analysis applicable to these new problems of organized complexity. The second of the wartime advances is the "mixed-team" approach of operations analysis. ... As an illustration, consider the over-all problem of convoying troops and supplies across the Atlantic. Take into account the number and effectiveness of the naval vessels available, the character of submarine attacks, and a multitude of other factors, including such an imponderable as the dependability of visual watch when men are tired, sick, or bored. Considering a whole mass of factors, some measurable and some elusive, what procedure would lead to the best over-all plan, that is, best from the combined point of view of speed, safety, cost, and so on? Should the convoys be large or small, fast or slow? Should they zigzag and expose themselves longer to possible attack, or dash in a speedy straight line? How are they to be organized, what defences are best, and what organization and instruments should be used for watch and attack?

Having worked for the private support of science for most of his life, Weaver's book U.S. Philanthropic Foundations : Their History, Structure, Management and Record (1967) is written by someone who understood intimately the workings of such institutions. In 1977 he published Early support for mathematics from Rockefeller agencies in Historia Mathematica surveying some of the contributions made by the Rockefeller philanthropic organizations in the 1920's to mathematical sciences.

Let us end this article by quoting from a talk Four pieces of advice to young people given in Seattle in 1966:-

I urge each one of you not to decide prematurely what field of science, what speciality of science you are going to make your own. Science moves very rapidly. ...

... there is no life that is possible to be lived on this planet that is more pleasant and more rewarding than the combined activity of teaching and research.

Other Mathematicians born in USA
A Poster of Warren Weaver

Other websites about Warren Weaver: