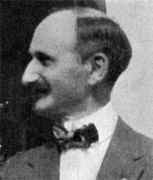 Wilczynski was taught at Berlin by some outstanding mathematicians including Fuchs, Hensel, Planck, Pringsheim, Schlesinger and Schwarz. He received his doctorate from the University of Berlin in 1897 and returned to the United States. He did not find a university post and decided to take a temporary post in the Office of the Nautical Almanac in Washington D.C. However, in 1898, he was offered a position as instructor at the University of California.

In 1902 Wilczynski was promoted to assistant professor at Berkeley, then in 1906 to associate professor. During the years from 1903 to 1905 Wilczynski worked in Europe as associate of the Carnegie Institution. During his time in Verona, Italy he met his future wife and they were married in 1906. Wilczynski moved to the University of Illinois in 1907, then in 1910 he was appointed to Chicago filling a vacancy caused by the death of Maschke in 1908. Promotion to a full professor came at Chicago in 1914 but by 1919 his health began to fail. He continued to teach and carry out his other duties under increasing difficulties. Lane writes in [3]:-

... in the midst of a lecture [in 1923] he finally realised that he could go no further and, with a simple statement to that effect, walked from his classroom never to return, leaving his students amazed by the classic self-restraint with which he accepted his tragic fate. It is characteristic of the man, however, that during the long illness which followed he never lost his interest in geometry and never gave up hope and the belief that he would some day be able to return to his academic duties.

Wilczynski began his research career as a mathematical astronomer. This interest lasted until he was appointed to Berkeley. By that time he had published over a dozen papers in astronomy, but his interests moved towards differential equations which arose in his study of the dynamics of astronomical objects. From there his interests became pure mathematical interests in differential equations. However, Wilczynski's main work was in projective differential geometry and ruler surfaces. He extended Halphen's work, devised new methods and extended the theory of curves to surfaces. Lane [3] writes:-

Wilczynski received many honours for his outstanding research contributions. He was Colloquium lecturer for the American Mathematical Society in New Haven in 1906 together with Max Mason and Eliakim Moore. In addition he served as vice-president of the American Mathematical Society and as a council member of the Mathematical Association of America. Among the prizes which he won was one awarded by the Royal Belgium Academy of Sciences in 1909. He was elected to the National Academy of Sciences in 1919, the year illness began to affect him.

It is not only as a research mathematician that Wilczynski excelled. He was a talented teacher bringing clarity through his carefully prepared lectures and extremely talented in mathematical exposition whether it was in English or German. He was almost equally at home with French or Italian. He is described by Lane [3] as:-

... gentle, his manner mild. He was unselfish and habitually thoughtful to others.

Other Mathematicians born in Germany
A Poster of Ernest Wilczynski

Other websites about Ernest Wilczynski: