Born
15 January 1876
Falkirk, Stirlingshire, Scotland
Died
8 September 1963
Dunedin, New Zealand
Summary
Robert Bell graduated from Glasgow University. He was appointed to a professorship at the University of Otago in New Zealand. He worked in Geometry. 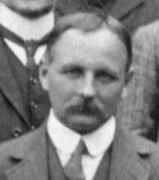 Robert J T Bell's name is given as John Tainsh Bell on his birth certificate, so he must have added the Robert later. His father was the Rev George Bell, a congregational minister and his mother was Margaret Walker Scott. Robert studied at Hamilton Academy, Lanarkshire, and then entered the University of Glasgow. He was awarded an M.A. with First Class Honours in Mathematics and Natural Philosophy by Glasgow in 1898, then remained at the University employed as a tutorial assistant. At this time he lived at Portland Park, Hamilton. He married Agnes Thomson in 1902.

Bell was promoted to Lecturer in Mathematics at Glasgow and awarded a D.Sc. by the University in 1911 for his treatise Coordinate Geometry of Three Dimensions. He continued to work in Glasgow until 1920 when he was appointed Professor of Pure and Applied Mathematics at the University of Otago, Dunedin, New Zealand.

Three universities honoured Bell with honorary degrees; he received LL.D. from Glasgow in 1932, Sc.D. from Cambridge in 1948, and LL.D. from Otago in 1962.

Bell was a member of the Edinburgh Mathematical Society, joining the Society in March 1899. He served the Society as editor of the Proceedings from 1911 until he left Edinburgh to take up the Professorship at the University of Otago. He contributed papers to meetings of the Society such as Note on the axes of a normal section of the enveloping cylinder of a conchoid to the meeting on Friday 9 January 1914.

An obituary, written by R P Gillespie, appears in the Royal Society of Edinburgh Year Book 1966, pages 10-11.
We give a version of this obituary at THIS LINK.

The following announcement was made of his death:-

Professor Robert J T Bell, M.A., D.Sc., LL.D., Sc.D., author of "An Elementary Treatise on Coordinate Geometry of Three Dimensions" (1910; third edition 1944), chapters I-IX of which have been issued separately as "Coordinate Solid Geometry" since 1938, died at Dunedin, New Zealand, on September 8 at the age of 86, leaving a son and a daughter. Formerly Lecturer in Mathematics in the University of Glasgow, he was Professor of Mathematics in the University of Otago from 1920 until 1948 and was prominently engaged in administrative affairs there.