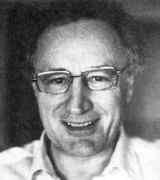 Hans-Joachim Bremermann's father was Bernard Bremermann and his mother was Berta Wicke. His education was not an easy one since World War II began when he was thirteen years old and did not finish until he was nineteen. It was only when life began to return to some sort of normality after the war that Hans-Joachim was able to show his real abilities.

Bremermann's doctoral studies were undertaken at the University of Münster. In [2] Range puts the research environment that Bremermann entered into context:-

This was an extraordinary period for the famous Münster school in complex analysis, centred round Heinrich Behnke since the 1920s. Henri Cartan visited Münster in 1949 for the first time after the war, sharing a wealth of ideas from the French school. F Hirzebruch studied there before moving to Zürich in 1949 to work with H Hopf. In 1951 Karl Stein created what became known as Stein manifolds, and together with Behnke he introduced the first "complex spaces". H Grauert and R Remmert began their studies in Münster during this time, laying the foundations for their pioneering work. Naturally Bremermann too learned complex analysis and went on to make significant contributions to the field ...

In 1951 Bremermann completed his Staatsexamen in mathematics and physics. In the same year his doctoral dissertation Die Charakterisierung von Regularitätsgebieten durch pseudokonvexe Funktionen Ⓣ was published by the University of Münster in 1951. We shall discuss the results of this work below, but at this stage we note that it solved a special case of the Levi problem. In the year following the award of his doctorate Bremermann remained at Münster and taught there as an assistant. He travelled to the United States in 1952 where he held a research associate position at Stanford University and then, in 1953, he was appointed a research fellow at Harvard University. During this time he continued to produce high quality results in complex analysis continuing to push the results of his doctoral dissertation towards a general solution to the Levi problem.

On 16 May 1954 Bremermann married a Spanish lady Maria Isabel Lopez Perez-Ojeda who was a scholar of romance language and literature. He returned to Germany for the academic year 1954-55 which he spent back in Münster, then returning to the United States he spent the years 1955-57 at Princeton having been invited to undertake research at the Institute for Advanced Study. He was then appointed as assistant professor at the University of Washington, Seattle for 1957-58. The year 1957 saw Bremermann move into a new area of research when he collaborated with the physicists R Oehme and J G Taylor applying his expertise in complex analysis to work on quantum field theory. For the year 1958-59 he was back at Princeton to spend another year undertaking research at the Institute for Advanced Study, but this time it was as a physicist rather than as a mathematician.

In 1959 Bremermann accepted an appointment as associate professor of mathematics at the University of California, Berkeley. He was to remain at Berkeley for the rest of his career during which he applied his mathematical skills to physics, distribution theory, theory of computation, artificial intelligence and, mathematical biology. He held chairs at Berkeley in both mathematics and biophysics being promoted to full professor in 1966.

Let us now look briefly at Bremermann's research. In 1910, E E Levi had proved that every domain of holomorphy (called a regularity region in the older terminology) with a sufficiently smooth boundary is a pseudoconvex domain. He asked whether the converse was true, namely whether every pseudoconvex domain a domain of holomorphy. Levi's question was answered in 1942 by Kiyoshi Oka for complex functions of two variables, proving that the question had an affirmative answer, but the case of more complex variables remained open. Bremermann's thesis proved a special case of this result and subsequently he proved that the result is true in a further special case. In 1954 in Über die Aquivalenz der pseudokonvexen Gebiete und der Holomorphiegebiete im Raum von n komplexen Veränderlichen Ⓣ Bremermann proved the general theorem obtaining Oka's result for n complex variables where n≥2. In 1959 he used ideas on his earlier work to give a generalisation of the Dirichlet problem.

In 1961, in collaboration with L Durand, Bremermann produced a concrete approach to the representation of distributions by boundary values of analytic functions. This was an approach much more suited to the need of physical applications than the abstract approach of others. In 1965 Bremermann published a book Distributions, complex variables, and Fourier transforms which gave an introduction to the theory of Schwartz distributions using the approach he had developed in his earlier work. J Korevaar, reviewing the book, wrote:-

The author has succeeded in writing a book understandable to readers with very little knowledge of functional analysis and topological vector spaces. For this reason, the book will appeal not only to students of mathematics, but also to students of the physical and applied sciences. ... Almost everywhere, the exposition is clear and rigorous.

Although he lived in the United States from 1952, it was not until 1965 that Bremermann became a naturalised American citizen.

By the 1960s Bremermann's interests had turned towards the theory of computation and evolutionary biology. In fact his interest in the theory of computation went back to his days as a graduate student in Münster when he attended a series of lectures on Turing machines. His interest resurfaced when he tried to write programs for the MANIAC computer, which had been developed by von Neumann, and found the experience very frustrating. He began to contribute to complexity theory, and to develop genetic search algorithms. He studied pattern recognitions as part of the rapidly developing area of artificial intelligence, introducing fuzzy logic methods to try to obtain more powerful methods than could be achieved by a rule based approach.

He then attempted to fuse together computer science and evolution, introducing new ideas of how mating could generate new gene combinations. As R W Anderson writes in [2]:-

[Bremermann] continued to develop mathematical modelling as a tool to understanding complex (especially biological) systems for the rest of his life. His intellectual journey was marked by brilliant insight and foresight.

In 1978 he gave the "What Physicists Do" series of lectures at The Sonoma State University. In this series he discussed the physical limitations to mathematical understanding of physical and biological systems.

He continued to produce pioneering work in mathematical biology through the 1980s as he applied mathematics to models of parasites and disease. For example he analysed pathogenic strategies, cancers, and crop disease. He continued to undertake cutting edge research after he retired from the University of California in 1991. He was particularly interested in applying his expertise to study AIDS and produced a number of ground breaking papers despite the deterioration in his own health due to cancer.

Hans Bremermann is not only remembered for his genius but also for his warmth, generosity, courage, integrity, humility, and love.

Other Mathematicians born in Germany
A Poster of Hans-Joachim Bremermann

Other websites about Hans-Joachim Bremermann: