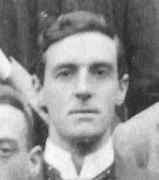 George Carse was brought up in Edinburgh, living at 120 Lauriston Place. He studied at the Normal School (E. C.) from age five to age eleven. Then in 1891 he entered George Heriot's School, Edinburgh, being dux of the school in 1898. In June 1898 he passed Mathematics, French, Latin, and English at the Higher level in the Scottish Leaving Certificate examinations.

During 1903-4 Carse undertook research in physics at Edinburgh and also acted as an assistant to J G MacGregor. He then went to Cambridge spending the years 1904-7 in Emmanuel College and the Cavendish Laboratory. He attended lectures by Sir Joseph Larmor and Sir Robert Ball, and worked with Sir J J Thomson. Carse then returned to Edinburgh where he was appointed as Lecturer in Natural Philosophy. He was awared a D.Sc. (Pure) in 1908 from Edinburgh. During World War I his war service was spent in the Royal Arsenal, Woolwich between 1916 and 1918. Returning to his post in Edinburgh, Carse was promoted to Reader in Natural Philosophy in 1928. He retired in 1948.

We note that the Mitchell Lectureship on Methods of Statistics was founded in 1925 and endowed by the businessman and president of the Glasgow Chamber of Commerce, Sir George Arthur Mitchell. the first Mitchell Lecturer was George Alexander Carse in 1925.

Carse joined the Edinburgh Mathematical Society in session 1902-03 while he was working in the Physical Laboratory of the University of Edinburgh. He was elected to the Royal Society of Edinburgh on 21 November 1904, his proposers being James Gordon MacGregor, George Chrystal, Cargill Gilston Knott, William Peddie.

An obituary, written by A Melville Clark, appears in the Royal Society of Edinburgh Year Book 1951, pages 9-11.
We give a version of this obituary at THIS LINK.

A report of his death in The Scotsman of 22 August 1950 reads:-
LATE DR G A CARSE
Noted Services to Education

A well-known Edinburgh educationist, Dr George Alexander Carse, has died suddenly. A former dux of George Heriot's School, he graduated M.A. with honours and B.Sc. at Edinburgh University in 1903. He then proceeded to Emmanuel College Cambridge, and returned to Edinburgh in 1907 when he joined the University Staff as a lecturer under Professor Macgregor. In the following year he was awarded the degree of D.Sc. Dr Carse was promoted Reader in the Department of Natural Philosophy in 1923 and three years later was admitted a member of the Senatus. He was a director of studies in the Faculty of Arts from 1922 and in Science from 1941. Dr Carse retired on September 30, 1948. His distinguished services were not confined to the university. For many years he took a leading part In the work of George Heriot's Trust, and from 1934 till 1947 he held the position of vice-chairman of the Board of Governors. Dr Carse was first elected to the Board in 1927 as a representative of Edinburgh University and he filled a number of important offices. From 1931 until 1940 he was convener of the Foundationers' Committee, and thereafter convener of the Finance Committee until 1943. His knowledge of Trust Orders, bursary regulations, University courses, and all matters educational was of great value to the Governors.

They were also well served by him as their representative on outside bodies, particularly the Board of Governors of the Edinburgh and East of Scotland College of Agriculture, on which he served for 14 years, retiring in 1942, and the Heriot-Watt College, in which he took a special interest.
Other Mathematicians born in Scotland
A Poster of George Carse

Other pages about George Carse:

Other websites about George Carse: