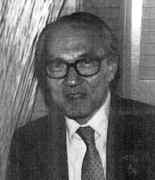 Wei-Liang Chow was born into a leading Mandarin family in China. His family believed that success for China would come through westernisation, so Wei-Liang Chow never attended school in China but was sent to the United States. He did, however, receive private tutoring in the Chinese language and in Chinese history before going to the United States. He attended Asbury College in Wilmore, Kentucky and then studied at the University of Kentucky. He next went to the University of Chicago where he was awarded his B.S. in 1931 and a Master's degree in the following year. It was only during his years in Chicago that he made the decision to concentrate his efforts on the study of mathematics.

Having decided to study mathematics there was, without doubt, no better place to go than Göttingen in Germany. However, arriving there in the autumn of 1932 he was soon affected by the rise to power of Hitler and the serious consequences for the mathematics department there due to the racialist policies of the National Socialist party. Chow disliked the atmosphere which had descended on Göttingen due to the Nazis so decided that he would rather go to Leipzig and study for his doctorate under van der Waerden. It was van der Waerden who introduced Chow to algebraic geometry at this time, pointing him towards the work of Severi, Bertini and Enriques. Chow went to Hamburg for a vacation in the summer of 1934 and there he met Margot Victor. Always seeking the best, he decided to live in Hamburg where he could attend lectures by Artin and talk to Chern. His motives for being a Leipzig student yet living in Hamburg were not entirely mathematical, however, for he had fallen in love with Margot Victor from Hamburg and hoped to marry her. In 1936 he was awarded a doctorate for his thesis Die geometrische Theorie der algebraischen Funktionen für beliebige vollkommene Körper. Also in July 1936 he married Margot Victor in Hamburg and the newly married couple went to China where Chow began teaching at the National Central University in Nanking in September of that year. His first paper, written jointly with van der Waerden, was an important one. In Zur algebraische geometry IX (published in Mathematische Annalen in 1937) he introduced the notion now known as Chow coordinates. In the same volume of Mathematische Annalen he published a paper with the same name as his doctoral thesis.

If Chow and his family had been in a difficult position in Germany, forced to leave by the racial policy of the Nazi regime, but he was soon in an equally bad position in Nanking. The Sino-Japanese War began with a minor clash between the troops of the two countries near Peking in July 1937. Further fighting broke out and the Japanese soon captured Peking and Tientsin. In August there was savage fighting in Shanghai, but Chow decided that Shanghai was safer than Nanking so in September he escaped from Nanking to Shanghai (which was of course the city of his birth). By the end of December the Japanese had captured both Nanking and Shanghai.

During the next two or three years Chow was able to have some contacts with European mathematicians, in particular with van der Waerden. Chow had published three further papers in 1939 one of which was Über Systeme von linearen partiellen Differentialgleichungen erster Ordnung in which he extended results by Carathéodory on Pfaffian systems. In 1940 he published On electric networks in the Journal of the Chinese Mathematical Society but at this stage he found conditions in Shanghai so difficult that it became impossible for him to continue to study mathematics.

We next saw each other in 1946 in Shanghai after the war ended. In a decade of war years Wei-Liang had practically stopped his mathematical activities, and the question was whether it was advisable or even possible for him to come back to mathematics. His return to mathematics was most successful; I would consider it a miracle.

The 'miracle', of course, was partly due to Chern for without his help and encouragement it must rate as extremely unlikely that Chow would ever have even attempted to return to mathematics. Chow was admitted to the Institute for Advanced Studies in Princeton thanks to a letter from Chern to Lefschetz and he was a vistor at the Institute from March 1947. He remained there until September 1948 when he joined the Mathematics Faculty of Johns Hopkins University in Baltimore, Maryland, having been recommended by van der Waerden. Appointed first as an associate professor, he was promoted to full professor in 1950. He remained at Johns Hopkins University until he retired in 1977. He served as chairman of the Mathematics Department from 1955 to 1965.

Luca Barbieri Viale gives a beautiful survey of Chow's later mathematical achievements in a review of [1]:-

Chow's theorem that a compact analytic variety in a projective space is algebraic was published in 1949. In 1955 Chow proved the so-called "Chow's moving lemma" in algebraic geometry, providing an intersection theory for algebraic cycles based on ideas and results of Severi, later also developed by van der Waerden, Hodge and Pedoe. The original 1956 Annals of Mathematics paper follows the general setting of Weil's Foundations. In this paper, Severi's idea of intersection by moving cycles in a suitable equivalence class is proven to be appropriate for rational equivalence classes of cycles. Such equivalence classes make up the "Chow ring" of a nonsingular projective variety and provide the algebraic counterpart of the topological singular cohomology ring. The "Chow ring" is just as fundamental in algebraic geometry as its topological counterpart. Actually, wonderful developments of this analogy were included in Grothendieck's theory of motives, where algebraic cycles provide correspondences between algebraic varieties and their intersections provide their composition, yielding the category of "Chow motives". Notably, "Chow motives" are naturally included in Voevodsky's triangulated category of motives, showing the deepest roots of this analogy.

Igusa, who was at Johns Hopkins University from 1955, writes about Chow's leadership in [6]:-

It is a historical fact that this school of algebraic geometry [at Johns Hopkins University] was 'created' by Chow. He was very open and free in expressing his ideas while they were still in a nebulous state. We often saw how many of those ideas evolved into beautiful theorems. We were attracted by his openness and impressed by his superb geometric intuition. Furthermore ... Chow founded this school without causing any financial strain to the university. I might add that Professor Chow's wife, Margot, also contributed to our social closeness at that time. We became almost like relatives - some of us even spent summers together with the Chows at China Lake, Maine.

It was always a pleasure to see [Chow]. He was fascinating to listen to about his personal history. He was a bouncy, cheery, fun person to be around.

In addition to his research and leadership of the algebraic geometry group, Chow played an important role as editor-in-chief of the American Journal of Mathematics from 1953 to 1977.

Finally let us mention that among his hobbies was stamp collecting. He took an interest that went well beyond what one would describe as a hobby, being well known among professional stamp collectors and keeping his most valuable stamps in a safe at the bank. It was typical of Chow that every thing he did was at the highest level of expertise.
Other Mathematicians born in China

Other websites about Wei-Liang Chow: