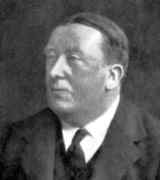 Arthur Conway's father was Myles Conway and his mother was Teresa Harris. Myles and Teresa had two children, Arthur and Bridie, but sadly Myles died when Arthur was only two years old. Some years later his mother remarried. Bridie grew up to be a very gifted musician, a talent which her brother Arthur shared.

Arthur was educated at Loreto Convent where, like his sister, he showed considerable musical talent, winning a prize for his playing of the piano. Another interest that Arthur had when growing up was in all things associated with the sea; he became an expert with boats and an exceptionally strong swimmer. He retained his interests in the sea and in music throughout his life.

In 1889 Conway entered St Peter's College, Wexford which provided a strong classical training for boys, most of whom were intending to become Roman Catholic priests. A fellow pupil at the school remembered him as a:-

The best university in Ireland at this time was undoubtedly Trinity College Dublin and in many ways this should have been the natural university for someone like Conway whose interests had already turned to mathematics and physics. However it was a Protestant university and the religious atmosphere in Ireland at that time would have made it impossible for a devout Roman Catholic like Conway to attend. Instead he entered University College Dublin in 1892.

University College Dublin was run by the Jesuits but it did not have official recognition. Conway was one of only twelve students living in university accommodation. As the university had no official status it put its students forward for the examinations of the Royal University of Ireland. This University had Colleges in Belfast, Cork and Galway. Conway was awarded First Class honours from the Royal University of Ireland in 1896 being placed as the top candidate. The following year he received his M.A. with the top honours in mathematics.

Conway then entered Corpus Christi College, Oxford, winning a scholarship in mathematics in 1898. At Oxford he worked under A E H Love who exerted a strong influence on the direction of Conway's research. In 1900 he won a Junior Fellowship from the Royal University of Ireland with an essay on quaternions. At this stage Conway intended to pursue a career in the Civil Service but in 1901 a chair of Mathematical Physics became available in University College, Dublin. He applied for the post and, in due course, he was appointed. He also received a Senior Fellowship from the Royal University of Ireland and, in 1902, a Senior University Scholarship in Mathematics from Corpus Christi Oxford. He also taught at St Patrick's College Maynooth from 1903.

On 19 August 1903, Conway married Agnes Christina Bingham who was from Ballymena, Co. Antrim. He was 27 years old at the time of his marriage, while his bride was only 18 years of age. They had three daughters and one son: Teresa Mary Conway, Morgan Felix Conway, Verna Marguerite Conway, and Orlaith Conway.

Conway's first papers appeared in 1903. There were three of them, two being published in the Proceedings of the London Mathematical Society while the other was published by the Royal Dublin Society. The first of these papers extended work of Love on electromagnetic waves in an isotropic medium while the next two concerned equations of classical electromagnetic field theory. He corresponded regularly with Love and Larmor on these topics, particularly on the theory of the electron. In 1907 he wrote a short paper on the origin of spectra which argued against the classical theory and pointed the way towards the theory proposed by Niels Bohr six years later.

In 1908 University College became an official university when it was made one of the three Colleges of the National University of Ireland (the other two were Cork and Galway). It was granted a Charter and described by the government as a 'new' university. Conway was elected to the Chair of Mathematical Physics which effectively formalised the post he had been elected to in 1901. He continued to publish on electromagnetic theory, quantum theory, and on electron spin after it was proposed by Uhlenbeck in 1926.

Perhaps the work for which Conway will be best remembered is his editorship of Hamilton's papers. J L Synge explained in [1] how this came about:-

It must have been in the summer of 1924 that I first met A W Conway, when he came out to the International Mathematical Congress at Toronto. My brother had been urging me for some time to try to get Hamilton's papers republished in a collected edition, and this project was a matter of common interest to Conway and me. Conway was an expert in quaternions but neither he nor I at that time knew much about Hamilton's earliest work - the theory of rays.

I returned to Dublin from Toronto in 1925. Conway was one of the examiners at the examination for a Fellowship at Trinity College, and for the next five years (until I left Dublin again for Toronto) we saw a good deal of one another. The Hamilton project was undertaken by the Royal Irish Academy, with Conway and myself as editors of the first volume of Hamilton's collected works - the papers in geometrical optics.

It was a very pleasant cooperation. Our inclinations were complimentary. I was inclined to dig too much into the details of Hamilton's methods, and would sometimes get lost; then Conway would come to the rescue with a broader view ...

The second volume of Hamilton's Collected Works was Dynamics which was edited by Conway and A J McConnell and published in 1940. Synge, reviewing the volume, wrote:-

The editing appears to have been carried out with great care, numerous footnotes (explanatory, critical and historical) being supplied, together with an introduction and more extended notes in the form of an appendix.

From this time on all of Conway's research papers related in some way to Hamilton's work.

Dublin and St Andrews honoured Conway with honorary degrees in 1938. In the following year he advised de Valera (whom he had taught) regarding the setting up of the Dublin Institute of Advanced Studies. Conway became the first Chairman of the Theoretical Physics Board which became very strong with Schrödinger and Synge joining the Institute.

In 1940 Conway was elected an Honorary Fellow of Corpus Christi College and in the same year he became President of University College Dublin. He held the position of President for seven years until he retired in 1947.

In 1949 Conway attended the Canadian Mathematical Congress in Vancouver and he lectured there on The life work and influence of Sir William Rowan Hamilton.

As dollars were difficult to obtain, he travelled by cargo ship as far as Montreal. On the return journey he went as the guest of the High Commissioner for Ireland to Ottawa, where he was welcomed by members of the Canadian Cabinet. At Montreal he joined the ship by which he had previously travelled, and which took three weeks to reach the British Isles.

He was preparing to leave Dublin to go to the International Congress of Mathematicians in Harvard when he died suddenly.
Other Mathematicians born in Ireland
A Poster of Arthur Conway

Other websites about Arthur Conway: