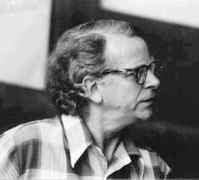 ... until his exuberance led to his expulsion.

However he still was accepted into Bowdoin College, Maine. After studying mathematics there he graduated in 1947 and decided to take a 'gap' year abroad. He went to Turkey where he taught mathematics at Robert College in Istanbul. Robert College is today Boğaziçi University (or Bosphorus University). He returned to the United States in 1948 and was appointed as an instructor in mathematics at Amherst College in Amherst, Massachusetts. At this time Amherst was a men's college but it was here that he met Nan Munsell. They married in 1950 and had one son and three daughters.

For a few years Eells taught at the Columbia University, New York. He spent 1963 at Churchill College, Cambridge then was appointed as a full professor at Cornell University in the following year. He returned to Cambridge to spend the year 1966-67 there and while in England he visited the University of Warwick in the summer of 1967 to run a symposium. I [EFR] was a research student at the University of Warwick at this time and I met Eells who was captivated by the lively research atmosphere, the energy, and the excitement at the newly established university. Eells was keen to find a permanent appointment at Warwick and in 1969 he was appointed as the first Professor of Analysis. The year 1967 in which Eells ran the symposium at Warwick was also the year that he published Singularities of smooth maps which mainly deals with on Morse theory. He writes in the Preface:-

Aside from minor changes these notes form the first half of a course given at Columbia University in 1960 - 61. This is not a text book; it consists of reprinted lecture notes, of an informal, incomplete and definitely temporary character.

In [2] Elworthy described Eells' mathematics and how it fitted into the way the things were developing at Warwick:-

It was an appointment which fitted perfectly with the philosophy of the department at that time, which was to feature research in global, rather than traditional, analysis; and it was already becoming known as a centre for the global approach to dynamical systems theory. It is tempting to describe global analysis as a holistic approach to mathematics. In it the whole geometry or topology of the spaces involved play a role, rather than just the equations describing the behaviour or motion in small areas. Non-linearity, especially that caused by curvature, is a prevalent aspect. A prime example is Eells's most famous article, "Harmonic Mappings of Riemannian Manifolds", published in the American Journal of Mathematics in 1964. Written with J H Sampson of Johns Hopkins University, it founded the theory of "harmonic maps" and the "non-linear heat flow".

One of the features of mathematics at Warwick were the year long symposia which brought leading mathematicians in a particular area to spend time at Warwick during the tear the symposium ran. Eells had first been attracted to Warwick through the mini summer symposium he ran in 1967 so once on the permanent staff at Warwick it was natural that he should run year long symposia. This he did with "Global Analysis" in 1971-72, "Geometry of the Laplace Operator" in 1976-77, and "Partial Differential Equations in Differential Geometry", in 1989-90. However, despite being fully committed to Warwick, Eells took on another role in addition, namely one at the International Centre for Theoretical Physics at Trieste. In fact he association with this Centre came about it a fairly similar way to his association with the University of Warwick. In the summer of 1972 he organised a symposium there, being a continuation of the 1971-72 Warwick symposium. It was in fact the first mathematics symposium at the International Centre for Theoretical Physics which had, up till then, been only involved with physics. The success of Eells symposium led to the setting up of a Mathematics Division of the Centre and Eells became its first director in 1986. It was a role he filled for six years in addition to his role at Warwick. The work of the Centre is particularly aimed at helping scientist in Third World countries to participate fully in their specialities and Eells' role as Director of the Mathematics Division reflected his passion to support mathematicians working in low income countries.

We should say more about Eells substantial and deep contributions to mathematics. His work on harmonic maps has already been mentioned in connection with his 1964 paper Harmonic Mappings of Riemannian Manifolds. In fact Eells went on to publish two definitive surveys on the topic with Luc Lemaire who studied for a doctorate under Eells' supervision. These were A report on harmonic maps (1978) and Another report on harmonic maps (1988) both published in the Bulletin of the London Mathematical Society. In 1992 a selection of Eells' papers on Harmonic maps was published as a book with this title in 1992. In this book Eells points out that:-

Other books written by Eells on this topic were Selected topics in harmonic maps (1983) with Luc Lemaire, Harmonic maps and minimal immersions with symmetries (1992) with Andrea Ratto (another PhD student of Eells' who received his doctorate in 1987), and Harmonic maps between Riemannian polyhedra (2001) with the Danish mathematician B Fuglede.

Jim Eells was a man of irrepressible enthusiasm for mathematics, and for most other things; especially people, irreverent fun, lots of wine, and music. His interest in the latter ranged across most styles and he would delight the younger children of his colleagues with lively performances of scatological songs.

Jim Eells had a phenomenal memory for people, matched by an interest in them. It has been claimed that in his early days he could recognise every member of the American Mathematical Society. His wife Nan became well known to the younger researchers especially, and their families, due to her friendship and splendid dinner parties, with only mild attempts to control the exuberance of her husband. With Jim came tremendous mathematical excitement combined with an intensity of fun. He is missed a lot.

In 1992 Eells retired from his professorship at the University of Warwick and ended his role as director of the Mathematics Division of the International Centre for Theoretical Physics at Trieste. He went to Cambridge which became his base, although he maintained his world-wide travels.
Other Mathematicians born in USA
A Poster of James Eells

Other pages about James Eells:

Other websites about James Eells: