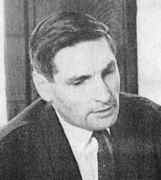 Ellis Kolchin was the son of Morris Kolchin and Betty Steinreich. He studied at Columbia University where, after graduating, he continued to undertake research under Joseph Ritt. While he was a research student, Kolchin married Kate Weil on 14 June 1840; they had two children Peter and Ellen. Well before he had completed his research he was writing papers such as On certain ideals of differential polynomials (1939), written jointly with Ritt, and On the basis theorem for infinite systems of differential polynomials (1939). Both papers appeared in the Bulletin of the American Mathematical Society. In 1941 he submitted his doctoral dissertation On the Exponents of Differential Ideals and was awarded a Ph.D. He published the main results in a paper with the same title On the Exponents of Differential Ideals in the Annals of Mathematics in 1941.

The United States entered World War II on 11 December 1941 after the Japanese attack on Pearl Harbour four days earlier. Kolchin served with Naval Intelligence, first in Washington, then in the South Pacific. Despite serving his country during the war, Kolchin was still able to publish papers such as On the basis theorem for differential systems (1942) and begin his fundamental work on the Galois theory of differential fields in the three part paper Extensions of differential fields. Part 1 appeared in 1942, part 2 in 1944 and part 3 in 1947. Other papers around this time were Algebraic matric groups (1946) and The Picard-Vessiot theory of homogeneous linear ordinary differential equations (1946).

Kolchin returned to Columbia University at Morningside Heights, Manhattan, after serving in the South Pacific and accepted a position there. He was steadily promoted, being named Adrian Professor of Mathematics in 1976. He retired in 1986 but continued to undertake research right up to his death at the age of 75.

In 1977 Contributions to algebra : A collection of papers dedicated to Ellis Kolchin was published. The Preface explains some of the main directions of Kolchin's contributions:-

This book, published after years of careful preparation, is a tour de force of the highest proportions. The author, as is well known, is the leading authority in the field of differential algebra. There are few people working in this area who have not benefited enormously through personal contact with him and none who have not been influenced by his publications. His goal here is to present a unified exposition of the subject, in an algebraic setting, presuming no more than a standard first year graduate course in algebra.

In 1985 Kolchin published Differential algebraic groups. In a review, A R Magid gives a clear, but rather technical, description of the topic which Kolchin spent his life developing. For those who have the background to understand the terms mentioned, we give an extract:-

As we indicated above, Kolchin spent his whole career at Columbia University. However he did spend time in other institutions supported by several different bodies. For example he was a Guggenheim Fellow at the Sorbonne in 1954-55. He was a National Science Fellow at the University of Paris in 1960-61. He was also a visiting professor at the Institute for Advanced Study at Princeton, the Tata Institute in Bombay, and the Kyoto Mathematics Institute in Japan. In the Preface to [1], H Bass, A Buium and P J Cassidy write:-

Fluent in Russian, he fostered contact with Soviet mathematicians, and in 1965, he was an exchange lecturer in the Soviet Union under the joint sponsorship of the U.S. and Soviet Academies of Science. In August 1975, he was Colloquium Lecturer at the American Mathematical Society Summer meeting.

Kolchin was honoured for his achievements. He was elected a fellow of the American Academy of Arts and Sciences and the American Association for the Advancement of Science. His seminar in differential algebra, the longest ongoing mathematics seminar at Columbia University, ran for over 30 years. It was a whole day meeting with participants taking lunch in the Moon Palace. It was the most vigorous meeting with a very open exchanges of ideas. In the Preface to [1] the authors point out:-

The members of the circle that formed around Kolchin were energised by his mathematical power and integrity, by his generosity in sharing his techniques and insights, by his kindness, and in general by the values he personified.

Other websites about Ellis Kolchin: