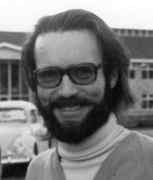 László Kovács was known to everyone as Laci. He completed his schooling at the Reformed College in Debrecen in 1954. Debrecen, which is known as the "Calvinist Rome", was the centre of the Reformation in Hungary and the Reformed College, built in 1816, was a prestigious secondary school north of the Reformed Great Church in the centre of the city. After completing his school education, he studied mathematics and physics at the University of Debrecen (at that time called the "Lajos Kossuth University") and graduated with distinction in 1958. While an undergraduate, he was very successful in the Hungarian mathematics competition for university students ("the Miklós Schweitzer memorial competition"), in which he won prizes in four consecutive years. This competition is very high-powered and consists of challenging problems which require deep knowledge of many areas of mathematics. It is an open-book competition and the competitors have ten days in which to produce solutions. Kovács received a Commendation in 1953-54 and a prize in each of 1954-55, 1955-56, 1956-57 and 1957-58.

The two professors who influenced him most during his undergraduate studies were Tibor Szele (1918-1955) and Andor Kertész (1929-1974). Szele, who had been born in Debrecen, had studied at the University of Debrecen and been a researcher at Szeged University before returning to the University of Debrecen in 1948. He did excellent work on abelian groups and ring theory (for which he received the Kossuth prize in 1952) and he gave Kovács a deep love of algebra. Kertész, who habilitated at Debrecen in 1957, also worked on abelian groups and ring theory. He reviewed Kovács' first paper, written while he was an undergraduate, A note on regular rings (1956). A ring is regular if, for every element a, there exists an element x such that axa = a and in the paper Kovács gives various characterisations of regular rings. While an undergraduate, he also wrote a paper on abelian p-groups, namely On subgroups of the basic subgroup which was published in 1958. A third paper, inspired by the interests of these two professors at Debrecen, was the paper (with Jeno Szép) Rings covered by minimal left ideals (1960).

The major part of this paper was presented to the University of Manchester for the degree of M.Sc. It is a great pleasure to record my gratitude to Dr B H Neumann, both for suggesting this topic to me and for his generous advice and guidance throughout: I also thank the University College of North Staffordshire for the Research Studentship which enabled me to carry out this work.

The address that Kovács gives on this paper is 'University College of North Staffordshire, Keele, Staffordshire'. Kovács continued to undertake research for his doctorate, advised by Bernhard Neumann. He was awarded a Ph.D. by the University of Manchester in 1961 for his thesis Groups with Automorphisms of Special Kinds. Also in 1961 the paper Some Sylow subgroups was published. This paper, written jointly by Kovács, Bernhard Neumann and Hendrik de Vries, has an abstract which begins as follows:-

Most of the well-known theorems of Sylow for finite groups and of P Hall for finite soluble groups have been extended to certain restricted classes of infinite groups. To show the limitations of such generalizations, examples are here constructed of infinite groups subject to stringent but natural restrictions, groups in which certain Sylow or Hall theorems fail.

Kovács gives his address as 'University College of North Staffordshire' on this paper, submitted for publication to the Royal Society of London in September 1960.

This is a well-motivated, entertaining, deceptively leisurely, and elegant survey of the state of knowledge of torsion-free nilpotent varieties of groups. The discussion centres around the curious fact (discovered by the author) that there are exactly 39 such varieties of class ≤ 5 (while there are infinitely many of class 6), each of which he identifies. However the article is more wide-ranging than this might suggest; the author starts from scratch (with the definition of a variety of groups), suggests reasons for the decline of activity in variety theory in the seventies, describes how the basic problems of variety theory link up with the study of torsion-free nilpotent varieties, and throughout illustrates the techniques used in that study. For those familiar with variety theory this article is illuminating; to those ignorant of that theory, who might wish to discover what it is about, it can also be strongly recommended.

However, Kovács's interests soon became wide ranging and he wrote many beautiful papers on a wide number of different topics. He produced lovely results on group representations, wreath products of groups, permutation groups, free Lie algebras, Lie powers of modules to name but a few. Let me [EFR] mention, as an example, how Laci Kovács became interested in the work of one of my Ph.D. students Craig Wotherspoon. Craig had constructed new examples of inefficient groups (let us give only a rough idea of what these are, namely groups which do not have presentations with the theoretical minimal number of relations). He gave a talk about his work at the conference 'Groups-Korea '94 (Pusan)' and Kovács was in the audience. Towards the end of his talk, Craig said he had been unable to find examples of inefficient perfect groups or inefficient nilpotent groups. Kovács became interested, discussed these problems with Craig and was extremely helpful to him. After the conference Kovács managed to answer one of Craig's open problems, constructing examples of inefficient perfect groups and publishing his examples in the paper Finite groups with trivial multiplicator and large deficiency (1995).

Kovács was honoured by receiving the B H Neumann Award from the Australian Mathematics Trust in a ceremony in Canberra in April 1993. These awards are presented each year for important contributions over many years to the enrichment of mathematics learning in Australia and its region. The award was presented by Bernhard Neumann and Professor David Craig, President of the Australian Academy of Science. On 24 May 2003, Kovács received an honorary doctorate from the University of Debrecen. The citation reads:-

Professor László Kovács is internationally rated for the very high level of research he has carried out in group theory and representation theory. During the 1960s and 1970s especially, he achieved outstanding results on varieties of groups. In recent years, his key achievements have been in the modular theory of free Lie algebras. He has published over a hundred scientific papers. He has been an invited key speaker in numerous international conferences. He has been a visiting professor at numerous universities throughout the world. He kept in touch with Debrecen colleagues even after their departure abroad. From the 1980s onwards he has been a visiting professor at our university. He has conducted joint research with Debrecen algebraists and arranged Australian invitations for them. He has served on the editorial boards of the University of Debrecen's international mathematical journals.

In 2001, Kovács retired but continued his mathematical work as a Retired Visiting Fellow at the Australian National University. He died suddenly and unexpectedly following a massive heart attack. He was survived by his wife Margaret and three children Ilona, Piroska and Michael. His funeral was held in the Chapel of the Norwood Park Crematorium, Sandford Street, Mitchell on Tuesday, 6 August 2013.

My own personal interaction with Laci started in my honours year. I was lucky enough to have solved a problem in combinatorial group theory and I sent a draft of a paper to a dozen or so group theorists. Laci and I exchanged emails and I looked into the possibility of pursuing a PhD with him, but what discouraged me from going to the Australian National University was his plans to take long service leave, and possible retirement. Plus, I was also in contact with Cheryl Praeger who was effectively luring me to the west, and that's what I eventually ended up doing. Laci ended up being one of my PhD examiners and took great interest in my work. He came to Perth at least a couple of times during my PhD and first postdoctoral position, and we had long enjoyable discussions in my office, on politics (one of Laci's pet subjects) and mathematics. Laci was one of the integral members of the golden era of group theory at the Australian National University, and he will be sorely missed by the group theory community.

Laci was a splendid mathematician, without any personal ambition, the prototype of an old-world learned person also beyond mathematics. I liked him very much.

Laci was very helpful. He wrote letters of recommendation for many people. Once I asked him a question. He immediately knew somebody who was dealing with that question, and also sent me a copy of a relevant paper. A lot of knowledge has passed away with him.

Other Mathematicians born in Hungary

Other pages about László Kovács:

Other websites about László Kovács: