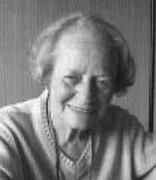 Paulette Libermann was born into a Jewish family who were of Russian and Ukrainian origin. Her parents spoke both French and Yiddish at home, but Paulette and her two sisters were French speaking. Paulette attended the Lycée Lamartine, a school for girls in the rue du Faubourg, Poissonnière, Paris. There she excelled, showing her brilliant abilities, and often helping her fellow pupils with their homework. In 1938 she entered the École Normale Supérieure de Sèvres. This was a university level institution designed to educate women who were going to become secondary school teachers. It was also known as the École Normale Supérieure de Jeunes Filles, and the students there studied a special women's scientific teaching diploma. It had been founded in 1881 and remained a separate institution until it joined the École Normale Supérieure in 1987. However around the time Libermann was a student, the director was Eugénie Cotton, a physicist with strong left wing views, and she wanted to make the École Sèvres educate women to the same level as the École Normale Supérieure at the Rue d'Ulm trained men. Libermann greatly benefited from the reforms brought in by Eugénie Cotton, and she was taught by leading mathematicians such as Élie Cartan, André Lichnerowicz and Jacqueline Ferrand.

After the defeat of France in World War II, the Vichy Regime took over control of the country. It enacted laws to imitate those brought in by the Third Reich in Germany and, in particular, in October 1940 they passed a Statute excluding Jews from many occupations such as the armed forces, entertainment, arts, media, and professional jobs like the teaching profession. This made it impossible for Libermann to take the examinations for her teaching certificate, but Eugénie Cotton was able to obtain scholarships for three Jewish students to study at the École Sèvres for a fourth session. Eugénie Cotton was forced to retire in 1941, but Libermann, who was one of the three Jewish students supported by the scholarships, was able to spend session 1941-42 at École Sèvres beginning a research career advised by Élie Cartan. From that time on, Libermann had great admiration for Élie Cartan and remained a close friend of the Cartan family for the rest of her life.

By the spring of 1942 the conditions imposed on Jews by the Vichy Regime was becoming increasingly severe. From February 1942 telephones and radios found in the homes of Jewish people had been confiscated and a curfew had been enforced on Jews. Libermann, with her parents and two sisters, fled from Paris in June 1942 after the Vichy Regime required Jews to wear a yellow star. They went to Lyon but conditions there soon became desperate. In November 1942 Klaus Barbie was sent to Lyon where he became the head of the local Gestapo. He is thought to have been responsible for the deaths of 4000 Jews in Lyon during the two years he served there and, as a result of this and the fact that he personally tortured those captured, he is known as the "Butcher of Lyon". Somehow Libermann and her family were able to hide from Barbie despite the fact they lived in la Place Bellecour which adjoined a building occupied by the Gestapo. In later life she described the fact that they survived this terrible period as a miracle. In the autumn of 1944, following the liberation of Paris by the Allies in August, Libermann was able to return to the École Sèvres in Paris and obtain her teaching certificate.

After the award of her certificate, Libermann was appointed to teach, first at Douai in the north east of France about 30 km south of Lille, then, from the beginning of the 1945, at the High School for Girls in Strasbourg. Again she received important advice from Élie Cartan who suggested to her she contact Charles Ehresmann at the University and begin studying for a doctorate in mathematics under his supervision. This she did while continuing to teach at the High School for Girls. To finish off writing her thesis, she spent a while at Centre National de la Recherche Scientifique. Then in 1953 she defended her thesis Sur le problème d'équivalence de certaines structures infinitésimales Ⓣ and received her Docteur d'Etat from the Louis Pasteur University of Strasbourg. Audin writes:-

The equivalence problem is a general problem and has been investigated by many including the Cartan. Roughly speaking, the question is to classify, up to local isomorphism, structures on manifolds. For instance, all the manifolds of the same dimension are equivalent (this is a local question). But this is not true anymore if the manifolds are endowed with Riemannian metrics: a (curved) sphere is not locally isometric to a (flat) plane.

She was appointed Professor at the University of Rennes where she continued her research on differential geometry. During this time she was involved in a car accident as a passenger and never fully recovered from her injuries to the extent that for the rest of her life she had a stiff leg. In 1966 she was named Professor at the Faculty of Sciences at the University of Paris.

Perhaps she is best known for her monograph Symplectic geometry and analytical mechanics written jointly with Charles-Michel Marle. This was published in four volumes in French (1986, 1986, 1987, 1987) and an English text of 526 pages was published in 1987. Reviewing this book, I Vaisman writes:-

The present work is an advanced textbook which gives a systematic exposition of the theory of symplectic, Poisson and contact manifolds, and their applications in Hamiltonian mechanics. ... The book, which was written by two well-known specialists with important contributions in the field (also reflected in this book) is very well written, updated, and it supplies a valuable contribution to the geometric-mechanical literature.

Libermann was invited for extended research visits at many top universities. For example she spent time at St Hugh's College at Oxford working with Whitehead, at the University of California at Berkeley, at the Mathematical Sciences Research Institute in Berkeley, and at the National Institute of Pure and Applied Mathematics at Rio de Janeiro. She attended many international meetings where she was invited to lecture, only giving up travelling to conferences in 2004 when she was 85 years old. For example she gave a survey of various geometric concepts and results used in analytical mechanics in her lecture Liouville forms, parallelisms and Cartan connections to the Jean Leray '99 Conference, and reviewed and summarized the theory of Cartan connections in her lecture Cartan connections and momentum maps given at the Classical and Quantum Integrability conference held in Warsaw in 2001. She continued to help to run the Geometry and Mechanics seminar in Paris until the end of 2006. She broke her shoulder after a fall and then went to hospital for an operation in April 2007. She was taken to a retirement home at Montrouge, near Paris, following the operation but her health rapidly declined and she died in the home in July. Her final publication Charles Ehresmann's concepts in differential geometry was published in 2007.

Tiny, energetic, smiling, chatty, sometimes caustic, she was also a memory of the mathematical community. She liked to speak of those who helped her, either personally or professionally: Cartan's family, Jacqueline Ferrand, Ehresmann, anonymous others ... and she also liked to speak of those who did not help her. She participated, almost until the end, in conferences all around the world. The last time we met, in April, I was leaving for Vietnam. "I cannot go", she told me, "too tiring, I am getting old". She was 87.

Other Mathematicians born in France
A Poster of Paulette Libermann

Other websites about Paulette Libermann: