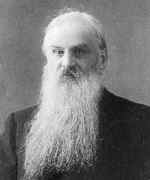 Theodor Molien (or Fedor Eduardovich Molin) was the son of Eduard Molien who was a teacher at a Gymnasium in Riga. Theodor attended the Gymnasium where his father taught, and from there he entered the Faculty of Physics and Mathematics at the University of Dorpat. Well it is not strictly accurate to call it the University of Dorpat for, although this is its name today, this was not its name when Molien entered. The town, known today as Tartu in Estonia, was known as Derpt up to 1893 when it became Yuryev although Dorpat was the German name for the town and, for consistency, we shall refer to it as Dorpat.

Molien graduated from the University of Dorpat in 1883 after studying astronomy under A Lindstedt as well as mathematics, and continued to work there to become a university professor. He was sent to Leipzig University later in 1883 as part of his studies, and there he attended lectures by Klein and wrote a Master's thesis under Klein's supervision. Molien also attended lectures by Carl Neumann, E Study, W Killing and G Scheffers, before returning to Dorpat where he submitted his Master's thesis and was examined. After this he became a Privatdozent in Dorpat.

In his doctoral thesis On higher complex numbers which was examined in 1892, Molien classified the complex semisimple algebras; later Cartan classified the real semisimple algebras and Wedderburn in 1907 gave the result for semisimple algebras over an arbitrary field. Molien introduced the idea of a group ring in his study of group representations. Around the same time Frobenius produced similar results by different techniques. Molien published important papers such as Über Systeme höherer complexer Zahlen Ⓣ (1893) and Über die Invarianten der linearen Substitutionsgruppen Ⓣ (1897). This last paper is discussed in detail in [7].

You will have noticed that a young mathematician, Theodor Molien in Dorpat, has considered the group determinant independently of me. In volume 41 of the Mathematische Annalen he published a very beautiful, but difficult, work "Über Systeme höherer complexer Zahlen" Ⓣ, in which he has investigated noncommutative multiplication and obtained important general results of which the properties of the group determinant are special cases. Since he was entirely unknown to me, I have made some inquiries regarding his personal circumstances. Details are still lacking. This much I have already learned: that he is still a Privatdozent in Dorpat; that his position there is uncertain and that he has not advanced as far as he would have deserved in view of his undoubtedly strong mathematical talent. I would very much like to interest you in this talented young man; here and there you are virtually privy councillor; if an opportunity presents itself, please think of Herr Molien, and if you have time, look at his work.

It is not known whether Dedekind made any attempts to help Molien with his career in Dorpat. Certainly he did not advance to a professorship so by 1900 he was looking to find such a post elsewhere. He was appointed professor of mathematics in Tomsk at the Technological Institute in 1900 and he remained in Tomsk for the rest of his career, moving to the chair of mathematics in Tomsk University in 1918.

Bashmakova points out in [1] that once Molien moved to Tomsk, in west-central Siberia:-

... he found himself cut off from centres of scientific activity.

The outstanding work he did while at Dorpat never seems to have been so successfully followed up once he went to Tomsk. While still in Dorpat, however, Molien studied Frobenius's work on character theory (as Frobenius had studied the work of Molien) and used it to study polynomial invariants of finite groups. Molien studied how many times a given irreducible representation of a finite group appears in a complete reduction of the representation of the group on the vector space of homogeneous polynomials of degree n over the complex numbers. He gave a generating function to compute the number of times the irreducible character occurs in 1898.

The most general theorems about algebras go back to Molien.

Other Mathematicians born in Latvia
A Poster of Theodor Molien

Other websites about Theodor Molien: