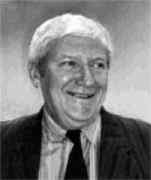 Yurii Vasilevich Prokhorov's father, Vasily Prokhorov, was a construction engineer. Several generations of the family had lived in Moscow and Yurii attended school there. However, he was only eleven years old in June 1941 when German armies invaded Russia. Yurii had completed four years of schooling at this time but was unable to continue attending school since his family were evacuated to Chistopol, the second largest town in Kazan province. This town, to which many were evacuated, was about 800 km east of Moscow and considered safe from the German invasion which was approaching Moscow. Surprisingly, this proved an educational advantage to the young boy who had advanced greatly by the time the family returned to Moscow in 1943 when it was safe to do so [5]:-

While in evacuation I had much time, and in two years studied the curriculum of four years so that I came to Moscow as a student of the eighth year. Also, in Moscow, I finished the two-year curriculum in one year, and in 1944 graduated from high school.

Yurii fully intending to follow his father and become an engineer so in 1944, after graduating from the high school, he entered the Bauman Moscow Higher Technical School which, since 1989, has been known as the Bauman Moscow State Technical University. He took an analysis course given by Adolph Pavlovich Yushkevich who had been Head of Mathematics there since 1941. Yushkevich's course quickly convinced Prokhorov that mathematics was the subject he loved rather than engineering. He began attending mathematics courses at Moscow University and, in the spring of 1945, transferred his studies from the Higher Technical School to Moscow University.

At the University Prokhorov took courses in analysis and number theory. In particular he took a number theory course by Aleksandr Osipovich Gelfond and, in the autumn of 1946, he entered a new course entitled 'Supplementary Chapter of Analysis' given by Andrei Nikolaevich Kolmogorov. This course covered the foundations of functional analysis, measure theory and the theory of orthogonal series. At the same time Kolmogorov began teaching a course on probability theory which Prokhorov also attended. He graduated in 1949 and immediately became a research assistant at the Steklov Institute of Mathematics. He was awarded his diploma (equivalent to a Master's degree) for his thesis On the strong law of large numbers. He published the main results from this thesis as a paper and, in 1949, he also published a joint paper with Kolmogorov entitled On sums of a random number of random terms. In 1952 he defended his Candidate's dissertation on local limit theorems. He then began to look at Probability distributions in functional spaces, publishing a paper with this title in 1953 which examined sequences of probability measures on the Banach space of continuous functions on a compact interval, and in 1956 he submitted his dissertation for his Doctorate in the Physical and Mathematical Sciences.

Following the award of his doctorate (essentially equivalent to the German habilitation), he taught at the Moscow Institute of Engineering Physics in the years 1956 and 1957. In the following year he was appointed to the Steklov Institute working under Kolmogorov who had been Head of the Probability Theory Department from its foundation in 1938. Prokhorov recalled [5]:-

In 1960 Prokhorov succeeded Kolmogorov as Head of Department, a position he continues to hold. In addition, Prokhorov also lectured at Moscow State University, being appointed to the Mechanics-Mathematics Department. In 1958 he was made a professor but after the Department of Computational Mathematics and Cybernetics was formed in 1970 he moved to that Department. He became Head the Mathematical Statistics Branch. For eighteen years, 1969-1986, he was Deputy Director of the Steklov Institute. In 1966 he was elected a corresponding member of the USSR Academy of Sciences and an Academician in 1972. From 1966 to 1989 he was Vice-Secretary of the Mathematics Department of the Academy.

A summary of Prokhorov's mathematical contributions is given in [5]:-

The basic directions of his research are the theory of probability and mathematical methods in theoretical physics. He developed asymptotic methods in the theory of probability. In the area of the classical limit theorems, he studied the conditions of applicability of the strong law of large numbers and the so-called local limit theorems for sums of independent random variables. He proposed new methods for studying limit theorems for random processes; these methods were based on studying the convergence of measures in function space. He applied these methods to establish the limiting transition from discrete processes to continuous ones. He found (in 1953 and 1956) necessary and sufficient conditions for weak convergence in function spaces. He has several papers on mathematical statistics, on queuing theory and also on the theory of stochastic control.

In 1967, in collaboration with Yurii A Rozanov, he published the 500-page book in Russian Probability theory: Fundamental concepts, limit theorems, random processes. An English translation was published two years later. James G Wendell writes in a review of the Russian edition:-

This is a reference book on probability theory, which richly reflects both classical and modern developments. It contains some proofs and examples along with many references. Though emphasizing Russian contributions, others are not slighted. Chapter headings (slightly truncated) are as follows: (I) Basic concepts of the elementary theory; (II) Spaces and measures; (III) Foundations; (IV) Limit theorems; (V) Markov processes; (VI) Stationary processes. There are subsections on information and control theory, martingales and stochastic integrals ...

We use a quote from one of Prokhorov's papers to give further information about the research in which he was involved at the Steklov Mathematical Institute. Prokhorov, in a joint paper with A N Kolmogorov and A N Shiryaev in 1988 entitled Probabilistic-Statistical Methods of Detecting Spontaneously Occurring Effects, writes that the authors:-

... give a survey of results of work that has been conducted by the authors and under their guidance in the course of several years at the Steklov Mathematical Institute with the goal of constructing optimal or close to optimal probabilistic-statistical methods in problems of detecting changes in the probability characteristics of observable processes, or, as is commonly said, "disorder" problems. ... The class of "disorder" problems encompasses the most diverse real situations: a disorder can be a disturbance of homogeneity, a disturbance of the normal course of an industrial process, a change in vibrational modes, a change of the critical modes in electrical energy systems, the appearance of the "target" in radar, the appearance of "breaks" in geological data, the beginnings of earthquakes or tsunami, the appearance of a shock wave front, and so on. An enormous amount of real statistical data ... inevitably requires automation of the statistical treatment ... In working on problems involving "disorder" we saw it as our primary goal to develop natural formulations of the problems, to find ... optimal or near optimal methods for detecting "disorders", to determine the potential possibilities of the algorithms presented, and to find methods for processing the incoming information starting from the convenience of computer realisation.

Let us give another quote from [5] where Prokhorov talks of the problems that his subject is encountering:-

All the great Russian and Soviet probabilists, starting with Chebyshev, Markov, Lyapunov and then Sergi Bernstein, Kolmogorov, Khinchin, Linnik, were all mathematicians of broad profiles. They were not only probabilists, but knew much more. We are losing this feature of breadth and together with it connections of probability with other areas of mathematics are being lost. Maybe a similar picture can be seen elsewhere, but certainly probability does not benefit from it. We are in a difficult situation. On one side, we have to understand applications, in particular, of statistics since nobody else will do it. ... On the other hand, probabilists here have to keep the level of their science of probability sufficiently high. In a sense, they are carrying a double burden.

In addition to his research contributions, Prokhorov has made major contributions in his editorial work and in organising scientific activities. He has been editor-in-chief of Teoriya Veroyatnostei i ee Primeneniya since 1966 and has been on the editorial boards of Probability Theory and Related Fields and of the Journal of Applied Probability.

Other websites about Yurii Vasilevich Prokhorov: