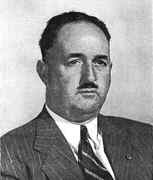 Howard Percy Robertson was known to his friends and colleagues as Bob. His parents were George Duncan Robertson and Anna McLeod. Both George and Anna were Americans of Scottish descent with typically Scottish names. George Robertson's family came from Maryland and he was an engineer who built bridges in the Washington area. Anna had attended Johns Hopkins and then become a nurse. Bob was the eldest of his parents five children so when his father died in 1918 he had to help his mother support the family. His mother became the local postmistress and also became involved in local politics.

Bob entered the University of Washington in 1918. At this time he lived in the small town of Monteseno and he had to earn money during his undergraduate years which meant that he was unable to participate in the usual undergraduate university life. Originally he set out on an engineering course but he changed to major in pure mathematics for the later part of his degree. He was awarded a bachelor's degree in 1922 and then, one year later, he was awarded a master's degree. In the year he graduated with an M.Sc., Robertson married Angela Turinsky. She had been born in Budapest and was the daughter of an Austro-Hungarian army officer. Angela's father settled in the United States, becoming a landscape artist in Idaho. Bob and Angela met at the University of Washington where Angela was studing philosophy and psychology. At the University of Washington Robertson was greatly influenced by E T Bell. It was Bell who strongly encouraged Robertson to move to the California Institute of Technology to undertake research for his doctorate.

Robertson was awarded his doctorate from the California Institute of Technology in 1925 after submitting his dissertation On the Dynamical Space-Time which Contains a Conformal Euclidean 3-Space. His thesis advisor had been Harry Bateman. He was awarded a National Research Council Fellowship in mathematics to study in Germany where he spent the two years 1925-27. Most of the time he spent at Göttingen but six months was spent at Munich. This was an important time for Robertson who met Hilbert, Courant, Schwarzschild, von Neumann, Wigner, Schrödinger, Heisenberg and Einstein. After two years in Germany he returned to the California Institute of Technology in 1927 where he was appointed assistant professor of mathematics. After two years Robertson was appointed assistant professor at Princeton. He spent eighteen years at Princeton where he was promoted to associate professor and then full professor. At Princeton he worked in both the mathematics department and the physics department. It was during his time at Princeton that Bob and Angela Robertson's two children were born; Duncan Robertson who went on to become a surgeon in Arizona, and Marietta who married Peter Fay an historian at Caltech.

Before discussing Robertson's important contributions to applied mathematics we will discuss a second side of his career which began in 1939 when World War II started. Although at this stage the United States was not involved in the war, nevertheless Robertson became a member of a group which was to become part of the National Defense Research Committee. They began to study the effectiveness of explosives and the mathematical theory of explosion damage. After the fall of France in May 1940, Robertson was given the position of liaison scientist with Britain. Over the next years he spent time in both Britain and the United States, then in 1943 he moved to Britain on a semi-permanent basis. In 1944 he was put in charge of a group which were assigned the task of studying German scientific technology. He remained in Europe until the middle of 1946 when he returned to Princeton. He was awarded the Medal of Merit in 1946 for his contributions to the war effort. However his duties did not end at this point. He was Director of the Weapons System Evaluation Group from 1950 to 1952, then from 1954 to 1956 he was back in Europe as Scientific Advisor to the NATO Commander. After Robertson's death the Supreme Allied Commander in Europe wrote:-

Dr Robertson had a remarkable ability for getting to the crux of a problem and presenting his conclusions in such a manner that all could understand and appreciate them. He inspired the utmost confidence in all those who were privileged to work with him, and after his departure we frequently had occasion to call for his advice and assistance which was always forthcoming, frequently at great personal inconvenience and sacrifice.

Given our description of Robertson's activities from 1939 onward it is hard to see how he had time to make a contribution to applied mathematics. However he did make outstanding contributions to differential geometry, quantum theory, the theory of general relativity, and cosmology [4]:-

... he was interested in the foundations of physical theories, differential geometry, the theory of continuous groups, and group representations. He was particularly interested in the application of the latter three subjects to physical problems.

His contributions to differential geometry came in papers such as: The absolute differential calculus of a non-Pythagorean non-Riemannian space (1924); Transformation of Einstein space (1925); Dynamical space-times which contain a conformal Euclidean 3-space (1927); Note on projective coordinates (1928); (with H Weyl) On a problem in the theory of groups arising in the foundations of differential geometry (1929); Hypertensors (1930); and Groups of motion in space admitting absolute parallelism (1932).

We have included a paper which Robertson wrote with Weyl in the list above. In fact his association with Weyl went much further and in 1931 he published an English translation of the second edition of Weyl's classic text The theory of groups and quantum mechanics. Before we move on to discuss the area for which Robertson is rightly most famed, namely for his work on general relativity and cosmology, we complete the description of his academic career. After he had completed his work in Europe following World War II and returned to Princeton he was approached by the California Institute of Technology with the offer of a professorship. Princeton tried to counter the offer with inducements for him to remain there but Robertson had been very happy at Caltech before and the chance to return greatly appealed to him. He accepted the professorship at Caltech and held this position for the remainder of his career.

Applying his mathematical skills to cosmology had been an interest of Robertson's from early in his career as the paper On relativistic cosmology (1928) shows. Around this time he built on de Sitter's solution of the equations of general relativity in an empty universe and developed what are now called Robertson-Walker spaces [2]:-

In 1928 and 1929 Robertson developed fully the "postulate of uniformity" so as to obtain the complete family of line-elements from the theory of continuous groups in Riemannian space. These Robertson-Walker cosmological spaces are still fundamental; A G Walker rediscovered them in 1936 ...

He wrote a masterly paper Relativistic cosmology in 1933 which summarised his own contributions to the subject up to that time and well as contributions of others. In three papers entitled Kinematic and world structure published in 1935 and 1936 Robertson looked at Milne's theory and Einstein's theory of gravitation and their respective application to cosmology, arguing strongly that Milne's objections to Einstein's theory are not valid. After moving from Princeton to Caltech, Robertson's interests became somewhat more directed towards astronomy. However he continued to develop earlier themes with papers such as On the present state of relativistic cosmology (1949).

The Poynting-Robertson effect is so named for Robertson's paper Dynamical effects of radiation in the solar system in which he studied the behaviour of a moving body, subject to the laws of general relativity, which is absorbing and re-emitting solar radiation.

As a final illustration of Robertson's interest in the connection between geometry and physics we quote A H Taub's review of Robertson's paper The geometries of the thermal and gravitational fields which was published in the American Mathematical Monthly in 1950:-

The author's purpose is to give "a study of the physical geometry of the gravitational and of the thermal fields, and of the reasons for the success of the former as opposed to the latter, as a basis for a tenable physical theory." The discussion of gravitation is given in terms of a four-dimensional scalar theory but the main ideas of Einstein's general theory are stressed. The results of this theory regarding the motion of test particles and the behaviour of light rays are stated and compared to that of Einstein's theory and differ from that theory. However the author's purpose is not to give a physical theory of gravitation, but to discuss the geometry of a theory of the gravitational field. He also discusses the geometry of the thermal field in terms of measurements made by rods after they have been allowed to come into thermal equilibrium with a heated medium. It is shown that in the latter case the geometry depends on the material composing the measuring rods whereas in the gravitational case the geometry is universal because of the equivalence between inertial and gravitational mass.

He was elected a member of the National Academy of Sciences of the United States (and served as its foreign secretary from 1958 until his death) and the American Academy of Arts and Sciences.

Finally we quote some comments regarding Robertson's character. After his death a friend wrote to Angela Robertson [2]:-

Distinguished scientist, selfless servant of the national interest, courageous champion of the good and the right, warm human being, he gave richly to us and to all from his great gifts.

Bob will be remembered by many for being a vital person with a quick wit, and for having an enormous appreciation for stories and limericks, some of which he originated. ... Angela and Bob's house was a place where many people found comfort, relaxation and good talk on science and other subjects. One cannot estimate the effect of or the effort involved in arranging for "informal evenings". I warrant that many acknowledged and many unacknowledged footnotes are due to Robertson as a result of conversations originating around Angela's kitchen table.

Robertson died of a heart attack following being injured in a minor car accident.
Other Mathematicians born in USA
A Poster of Howard Percy Robertson

Other pages about Howard Percy Robertson:

Other websites about Howard Percy Robertson: