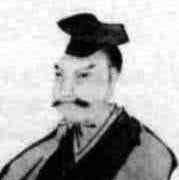 Takakazu Seki was born into a samurai warrior family. However at an early age he was adopted by a noble family named Seki Gorozayemon. The name by which he is now known, Seki, derives from the family who adopted him rather than from his natural parents.

Seki was an infant prodigy in mathematics. He was self-educated in mathematics having been introduced to the topic by a servant in the household who, when Seki was nine years old, realised the talent of the young boy.

Seki soon built up a library of Japanese and Chinese books on mathematics and became acknowledged as an expert. He was known as 'The Arithmetical Sage', a term which is carved on his tombstone, and soon had many pupils. His position in life is described in [18] as follows:-

In due time he, as a descendant of the samurai class, served in public capacity, his office being that of examiner of accounts to the Lord of Koshu, just as Newton became master of the mint under Queen Anne. When his lord became heir to the Shogun, Seki became Shogunate samurai and in 1704 was given a position of honour as master of ceremonies in the Shogun's household.

In 1674 Seki published Hatsubi Sampo in which he solved fifteen problems which had been posed four years earlier. The work is remarkable for the careful analysis of the problems which Seki made and this certainly was one of the reasons for his great success as a teacher.

Seki anticipated many of the discoveries of Western mathematics.
Seki was the first person to study determinants in 1683. Ten years later Leibniz, independently, used determinants to solve simultaneous equations although Seki's version was the more general.

Seki also discovered Bernoulli numbers before Jacob Bernoulli. He studied equations treating both positive and negative roots but had no concept of complex numbers. He wrote on magic squares, again in his work of 1683, having studied a Chinese work by Yank Hui on the topic in 1661. This was the first treatment of the topic in Japan.

He discovered the Newton or Newton-Raphson method for solving equations and also had a version of the Newton interpolation formula.

Among other problems studied by Seki were Diophantine equations. For example, in 1683, he considered integer solutions of ax−by=1 where a,b are integers.

Secrecy surrounded the schools in Japan so it is hard to determine the contributions made by Seki, but he is also credited with major discoveries in the calculus which he passed on to his pupils.
Quotations by Takakazu Seki
Other Mathematicians born in Japan
A Poster of Takakazu Seki

Other websites about Takakazu Seki: