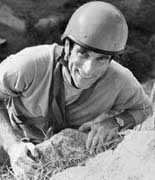 John Shepherdson's parents were Arnold Shepherdson and Elsie Aspinall. After completing his schooling, he studied at the University of Cambridge and was awarded an M.A. in 1946. He would have remained at Cambridge had he been awarded a fellowship to Trinity College but he was in competition with the outstanding mathematician Peter Swinnerton-Dyer who was awarded the Fellowship in preference to Shepherdson. He was appointed as an Assistant experimental officer at the National Physical Laboratory in London in 1946.

On 5 July 1957 Shepherdson married Margaret Smith; they had three children, David John Shepherdson, Jane Elizabeth Shepherdson, and Judith Shepherdson. Margaret had graduated in biochemistry from the University of Bristol in 1956. She became a university lecturer and a research biochemist. David Shepherdson became a zoologist. He spoke about his childhood in an interview:-

My parents are both scientists. My mother in particular is a biologist and inspired me to wonder about the natural world. ... [As a child] I kept pets, watched birds, constructed mechanical models, fixed cars and read about science especially biology and natural history.

Let us return to our account of Shepherdson's career. He was made a Professor in 1964, then named Henry Overton Professor in 1976, a chair he held until he retired in 1991. He was awarded a D.Sc. by the University of Cambridge in 1981.

I asked him when he retired whether he had ever considered moving elsewhere, and he said that he had. And indeed, looking back, he said that if he were to live his career again, considering matters globally, he would have thought it better to move at some point, however at no individual particular moment in time was there any overwhelming reason to do so. Nevertheless he was much travelled as an academic, and built up many contacts abroad.

When he retired in 1991 he was made Professor Emeritus by the University of Bristol and made a visit to the Institute for Advanced Study in Princeton in the United States.

Shepherdson's first publications were On the addition of elements of a sequence (1947) and Inverses and zero divisors in matrix rings (1951). In both of these papers he thanked Hans Heilbronn for suggesting the problems that he solved in the papers. In the first of these papers he generalised a result by Harold Davenport about sums of elements in a sequence in an additive abelian group. In the second of the papers be answered the following question which had been posed by Bartel van der Waerden:
If R is a ring with a unit element and A is an n×n square matrix with elements in R, can A, regarded as an element of the ring of n×n square matrices with elements in R, be both a left inverse and a left divisor of zero?
Shepherdson answered this question by giving an example in the case n=2. He constructed a ring R such that there are 2 × 2 matrices A,B,X​=0 such that AB=I,AX=0.

His main work turned towards set theory and he published the paper Well-ordered sub-series of general series (1951). Here is his abstract to this paper:-

We are concerned here with the investigation of the structure of ordered series by means of their well-ordered sub-series. ... Throughout the paper we allow ourselves all the freedom of the 'classical' set-theory of Cantor, Hausdorff, Sierpiński, etc. In particular, we make free use of the theory of ordinals as expounded by Sierpiński. Although many of these results would be difficult and some perhaps impossible to state and prove in a system of set-theory based on a theory of types, we feel that there would be no intrinsic difficulty in carrying out all the proofs in an axiomatic system of set-theory of the Zermelo-Fraenkel type, such as that set out by Gödel. We make free use of the axiom of choice.

Next he published three papers with the title Inner models for set theory between 1951 and 1953. Again we give Shepherdson's abstract which appears in the first of the papers:-

One of the standard ways of proving the consistency of additional hypotheses with the basic axioms of an axiom system is by the construction of what may be described as 'inner models.' By starting with a domain of individuals assumed to satisfy the basic axioms an inner model is constructed whose domain of individuals is a certain subset of the original individual domain. If such an inner model can be constructed which satisfies not only the basic axioms but also the particular additional hypothesis under consideration, then this affords a proof that if the basic axiom system is consistent then so is the system obtained by adding to this system the new hypothesis. This method has been applied to axiom systems for set theory by many authors, including von Neumann, Mostowski, and more recently Gödel, who has shown by this method that if the basic axioms of a certain axiomatic system of set theory are consistent then so is the system obtained by adding to these axioms a strong form of the axiom of choice and the generalised continuum hypothesis. Having been shown in this striking way the power of this method it is natural to inquire whether it has any limitations or whether by the construction of a sufficiently ingenious inner model one might hope to decide other outstanding consistency questions, such as the consistency of the negations of the axiom of choice and continuum hypothesis. In this and two following papers we prove some general theorems concerning inner models for a certain axiomatic system of set theory which lead to the result that as far as a fairly large family of inner models are concerned this method of proving consistency has been exhausted, that no essentially new consistency results can be obtained by the use of this kind of model.

He continued an interest in other areas too, for example publishing with Albrecht Fröhlich the joint paper On the factorisation of polynomials in a finite number of steps (1955). Also in 1955 he published, jointly with John Myhill, Effective operations on partial recursive functions. His interest in recursive functions led to many other papers on the topic, in particular his joint paper with Howard Sturgis entitled Computability of recursive functions (1963). This paper contained an idea similar to a Turing machine, now known as the Shepherdson-Sturgis Register machine. In many ways this is easier to work with than a Turing machine and has proved an important idea. Towards the end of his career his interests turned towards the computer language PROLOG and also to fuzzy logic. Three papers written nearly ten years after he retired were on the topic of fuzzy logic and were all written jointly with Petr Hájek. The papers published in 2000 also have Jeff B Paris as a co-author. These three papers are The Liar Paradox and Fuzzy Logic (2000), Rational Pavelka Predicate Logic Is A Conservative Extension of Lukasiewicz Predicate Logic (2000), and A note on the notion of truth in fuzzy logic (2001).

Shepherdson proposed the setting up of the British Logic Colloquium in 1970, and then became a co-founder of the Colloquium with Robin Gandy. His idea in setting up this Colloquium was to carry on the tradition in British mathematical logic which had been so well served by the great names of Bertrand Russell, Frank Ramsey and Alan Turing. He served on the Science Research Council from 1968 to 1971, on the Association for Symbolic Logic being a Member of the Executive Committee for European Affairs 1966-72. He was chairman of the Executive Committee from 1966 to 1968. He also served on the Committee on Logic in East Asia from 1967 to 1970. He was a Fellow Institute of Mathematics and Its Applications, a Fellow of the British Academy, a member of the London Mathematical Society (serving on the editorial board, 1970-1977), and a member of the American Mathematical Society. He also served in the editorial boards of several major journals: Zeitschrift für Math. Logik (1955-1975), Journal Computer and Systems Sciences (1966-1991), and the Archiv für Math. Logik (1972-1987).

John's service to the University was great [but] to mathematical logic in the U.K. it was an order of magnitude greater: he trained a number of students who went on to be logicians, and he made Bristol a place for research in logic to which many young logicians were attracted; so much so that it now makes for a roll-call of those involved in the subject in the U.K. Over his 40 years in the department, a tradition of logic in Bristol was established, again, for example through a long-running M.Sc. in Logic and the Theory of Computation.

John was a man of great kindness and modesty: the last person to push (or even volunteer) his opinion in seminars, his attitude was the opposite of dogmatic. However, his conversation was bright and entertaining, with a still-waters-running-deep reservoir of dry wit which was of great amusement when it bubbled up. ... I felt that John had a particular sensitivity to people junior to him, that must have been unthreatening in his quiet manner: he had female collaborators in the 1960s, including two from India and Japan, not countries noted for their support of women in mathematics back then (was the UK?), but who nevertheless came to Bristol to work with him successfully, and have fond memories of that time.

Outside mathematics and his family, Shepherdson's interests were skiing, walking and cycling. Let us relate a little story that he told in February 2011:-

Some years ago we rented a car in Athens and noticed one day that the rear number plate was missing. We thought there had been one on the day before. When we checked with the rental company we found that we must have parked illegally - we had been surprised how easy it was to find a parking space in the main square. To get the number plate back we had to go to a police depot and pay a fine - there would probably have been a much bigger fine if we had been spotted driving without a rear number plate.

Shepherdson died of an inoperable sarcoma and, following his wishes, there was no funeral service but a Memorial Service celebrating his life was held at Goldney Hall in Bristol on Saturday 21 February 2015. As Shepherdson had requested, the service was led by an officiant from the British Humanist Society. As well as family members, Angus MacIntyre spoke about Shepherdson's mathematics. See THIS LINK.
Other Mathematicians born in England

Other pages about John Shepherdson:

Other websites about John Shepherdson: