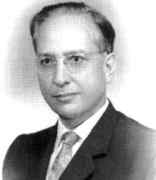 José Sebastiao e Silva attended secondary school in Évora where his abilities in mathematics were very evident and he obtained outstandingly high grades where he graduated from the high school. He then entered the Faculty of Sciences in Lisbon where he studied Mathematical Sciences graduating in 1937. Being unable to continue to undertake research at this stage, Silva had to wait until 1940 before he received a grant from the Instituto de Alta Cultura to support his work. He published his first paper in Portugaliae Mathematica in 1940, this being On the numerical resolution of algebraic equations (Portuguese). In the following year he published Problems concerning rational functions of the roots of an algebraic equation (Portuguese) in the same journal. These two papers were major works, the first being around 30 pages long and the second being 15 pages. Max Zorn reviewed this second article. Here is an extract from his review:-

In section 5 of this paper the author outlines a procedure to find the irreducible factors of a polynomial in a field. The coefficients of a normalized factor belong to a field generated by the symmetric functions of p of the n roots. In favorable cases, this field is generated by the sum or the product of these p roots. Determine the equation whose roots are all sums of p roots; if there is a factor in the field, then this equation has a root in the field. Assuming that it is possible to find all roots of an equation in a field, the preceding section furnishes a method of finding the coefficients of the factor, if it exists.

Silva continued publish papers with two further papers appearing in Portugaliae Mathematica in 1941, namely Sur l'axiomatique des espaces de Hausdorff Ⓣ in which he characterized Hausdorff spaces with the operations of frontier, orle and border, and Sur une méthode d'approximation semblable à celle de Gräffe Ⓣ. A further research paper in 1942 was Les ensembles fermés et le problème de Wiener Ⓣ in which he considered a problem on abstract spaces proposed by Wiener and described in Fréchet's book Les espaces abstraits Ⓣ (1928). Silva reproved Wiener's results and proved a number of new related results. But Silva was not only publishing research articles, he was also publishing articles on mathematical education during these years such as Mathematical logic and education (in three parts all published in 1941), On the way to establish Taylor's formula (1942), The theory of the logarithms in school education (1942), and Reason? (1942).

In 1942 the Instituto de Alta Cultura awarded Silva a grant which allowed him to go to Rome to further his research career. There he learnt from Enriques, Castelnuovo, Severi and Fantappie. Silva began working on a doctoral thesis in logic entitled Towards a general theory of homomorphisms. Enriques thought that the proposed thesis would not be understood at that time, and thus Silva produced a second thesis in functional analysis Analytic functions and functional analysis. The first work [2]:-

... was only published posthumously, forty years after being written, but is, in the recent opinion of scholars, a work of great originality, containing a wealth of ideas, which continue to be of interest today.

He did, however, publish Sugli automorfismi di un sistema matematico qualunque in Italian in 1945. The paper has a Latin summary which translated in English reads:-

After defining the general concepts of a "mathematical system" and "automorphism" the author reaches conclusions which broaden as far as possible the doctrines expounded by F Klein in his "Erlanger Programm" and thereby extend Galois theory to this domain. These conclusions not only systematize and clarify many things in all parts of mathematics, but can also be usefully applied to problems in functional analysis. The theorems which are announced here will shortly be demonstrated in another paper.

Silva's functional analysis thesis was submitted to the Faculty of Sciences in Lisbon in 1949 and Silva was awarded his doctorate; the thesis was published as a 130 page paper in Portugaliae Mathematica in 1950. A reviewer writes:-

This paper appears to be inspired in part by the work of Pincherle and Fantappiè, but it is written more in the recent style of functional analysis in which abstract spaces, particularly Banach spaces, play a central role. A considerable portion of the paper is given over to the exposition of background material and known results. There is an eight-page summary in French.

Silva was appointed as a professor in the Instituto Superior de Agronomia in 1951 and remained there for ten years before returning to the Faculty of Sciences in Lisbon to the chairs of Mechanics and Astronomy. For twenty years he was Director of the Centre for Mathematical Studies of Lisbon.

In [6] Köthe looks at Sila's contributions to functional analysis appearing in 25 papers between 1947 and 1967. In these papers Silva investigates analytic functionals, the theory of distributions, vector-valued distributions, ultradistributions, the operational calculus, and differential calculus in locally convex spaces.

Silva died of cancer at the age of 57. He is considered by many to be the greatest Portuguese mathematician. The authors of [2] write:-

Those who were fortunate enough to be amongst his disciples were impressed not only by his rare professional stature, but also by his character, his generosity in helping and stimulating students at the beginning of his career, and the immense courage he revealed at the end of his life, working with enthusiasm despite suffering. Sebastiao e Silva was truly a great man.

Other Mathematicians born in Portugal