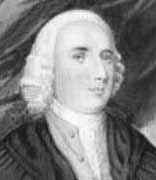 Matthew Stewart's father was Dugald Stewart, minister of Rothesay, and his mother was Janet Bannatyne. Matthew attended a grammar school on the Isle of Bute, then in 1734 he began to work under Simson at the University of Glasgow. In 1741 he moved from working under one outstanding Scottish mathematician to working under another outstanding Scottish mathematician when he began to study with Maclaurin at the University of Edinburgh. During this time, however, he continued to correspond with Simson, who was by now a friend rather than a teacher, on Greek geometry.

Simson was working trying to restore the Porisms of Pappus and while Stewart was studying in Glasgow he had impressed Simson by coming up with some brilliant ideas on the Porisms. Simson wrote to Stewart on 27 December 1742 [5]:-

I renew the desire I made to you when last here that you would not communicate these things till I see you at least. In the mean time I wish you would as your leisure can permit find out as many as may be of them, and be sure to write down both analysis and composition, because when I publish an account of the "Porisms" I shall be glad to have your store to increase mine which shall every one of them be particularly acknowledged in the book.

This certainly pleased the young man who replied to Simson on 30 December 1742 saying he expected to have up to twenty new results [5]:-

I was not resolved to publish any of my Propositions in the form of Porisms, though that was the form I thought several of them ought to appear in, but as you was pleased to let me know that you had some thoughts of publishing something on the subject soon I was resolved as much as possible to avoid any thing that would seem to have the least tendency of this.

Simson's next letter to Stewart is dated 3 January 1743. In it he makes various suggestions for the publication of Stewart's results - an Appendix to the "Plane loci", incorporation in the proposed work on "Porisms", or some in one and some in the other - and he reiterates his concern for confidentiality ...

In May 1743 Stewart spent several weeks in Glasgow working on mathematics with Simson and assisting him in the production of his text Plane loci. He returned to Rothesay, Isle of Bute, where his father put pressure on him to join the ministry. Tweddle writes [3]:-

The direct link between Simson and Stewart had been broken and this presumably contributed to the further delay in the publication of "Plane loci" and Simson's failure to publish his work on "Porisms".

Stewart was licensed to preach at Dunoon in May 1744, then one year later he became a minister at Roseneath, Dumbartonshire.

Stewart's fame is based on General theorems of considerable use in the higher parts of mathematics (1746), described by Playfair as:-

... among the most beautiful, as well as most general, propositions known in the whole compass of geometry.

He resigned as minister at Roseneath when he was appointed to Maclaurin's chair at Edinburgh in September 1747. Maclaurin had left to serve the troops in the Jacobite rebellion of 1745 and died in June of the following year. Tweddle writes [3]:-

... the success of [General theorems] was largely instrumental in his being elected to the Chair ...

Stewart married Marjorie Stewart, the only daughter of Archibald Stewart writer to the signet, on 20 May 1750. They had several children who died as infants, but only one son survived, namely Dugald Stewart who went on to achieve more fame than his father. Dugald Stewart, who was born on 22 November 1753, went on to become a mathematician and philosopher who was the major exponent of the Scottish "common sense" school of philosophy.

In 1756 Stewart wrote on Kepler's second law of planetary motion using geometrical methods. In this he solved Kepler's problem which involved determining the area of a focal sector of an ellipse. In 1761 he wrote Tracts, Physical and Mathematical, Containing an Explication of Several Points in Physical Astronomy describing planetary motion and the perturbation of one planet on another. In this work he made some contributions to the extremely difficult and important three body problem. Two years later, he wrote the supplement The Distance of the Sun from the Earth determined by the Theory of Gravity. This work achieved the rather inaccurate result of 119 million miles (the correct value is approximately 93 million miles). His geometrical methods required too many simplifications to get a better result and this work was criticised by John Landen in 1771.

Stewart was elected a fellow of the Royal Society on 21 June 1764. In 1772 his health began to deteriorate and his duties as professor at Edinburgh were taken over by his son Dugald. However he [2]:-

... was a founder member of the Royal Society of Edinburgh, being elected a fellow of the first meeting of its physical class on 3 November 1783.

He was honoured by the University of Glasgow with the award of an honorary degree in 1756. We should also note that his fame was considerable and [2]:-

... Michel Chasles ranked [Simson and Stewart] among the most important contributors to the progress of geometry.

After the death of his father, Dugald Stewart resigned from the Chair of Mathematics at Edinburgh when he was appointed Professor of Moral Philosophy at Edinburgh.
Other Mathematicians born in Scotland
A Poster of Matthew Stewart

Other pages about Matthew Stewart:

Other websites about Matthew Stewart: