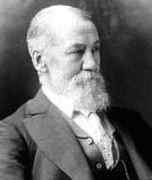 Robert Tucker was the son of Robert Tucker and Fanny Tucker. Fanny's maiden name was Tucker, the same as her married name, Robert and Fanny being second cousins. Robert Tucker Sr. was in the Army, an occupation that many of the Tucker family followed. He served in the Peninsula War (1808-14) in Spain and Portugal under Arthur Wellesley, afterward Duke of Wellington, fighting against Napoleon and his allies. However Robert Tucker Sr. died when Robert, the subject of this biography, was still an infant.

Robert attended school in Newport before going to Woodard School at New Shoreham. The head of this latter school was Henry Jacobs, a cousin of Robert Tucker, who gave him much encouragement and support. Robert was encouraged to sit the examinations to win a sizarship at St John's College, Cambridge, and although he was unsuccessful at his first attempt, he tried successfully in the following year. He matriculated at St John's College in 1851 and began a successful undergraduate career. He won a Foundation Scholarship in 1854 and was a Wrangler (First Class) in the Mathematical Tripos examinations of 1855 (although quite far down the ranked list). Following this, Tucker remained at Cambridge studying Hebrew and Moral Philosophy before taking up an appointment as a mathematics teacher. M J M Hill writes [1]:-

... he took his first mastership under the Rev J R Pears, of Windlesham, Bagshot, who was the Head Master of a preparatory school for Haileybury. After eighteen months spent here, there followed a short period of mastership at a private school (Mr John Ogle's) in St John's Wood. In February 1859, he took his M.A., and went as a master to the school of the Rev J A Wall at Portarlington. Here he taught, with success, for five years. ... In 1864 he returned to the Isle of Wight for a year's rest. After this he took a mastership at Brighton College, where he had part charge of the Civil and Military Department. In September 1865, University College School had need of a successor to the late George Campbell De Morgan as Mathematical Master. The Head Master of the school, Professor Key, influenced chiefly by the warm support of Mr Tucker's candidature by Isaac Todhunter, appointed him to the post which he was to fill so well until July 1899.

In April 1866, Tucker married Elizabeth Byles, the only daughter of William Byles of Freshwater; they had three daughters. Tucker had already become a member of the London Mathematical Society before his marriage. This was not too surprising since by the time the Society was founded in 1865, Tucker was teaching at University College School while the Society held its meetings in University College for the first couple of years after its foundation. Tucker was one of the 70 who joined the Society during 1865, joining in October of that year. He rapidly became involved in the affairs of the new Society and he was appointed Honorary Secretary of the Society in November 1867. He held this position until 1902 and, remarkably, served under 19 different Presidents: J J Sylvester, A Cayley, W Spottiswoode, T A Hirst, H J S Smith, Lord Rayleigh, C W Merrifield, S Roberts, O Henrici, J W L Glaisher, J Cockle, J J Walker, G Greenhill, A B Kempe, P A MacMahon, E B Elliott, W Thomson, E W Hobson, and H Lamb. During the 35 years that he was secretary, Tucker only missed three meetings of the Society. Edwin Elliott, in his presidential address in 1898 said:-

Nearly all the papers which the Society has ever received have caused [Tucker] correspondence. Sixteen Presidents have, like myself, found their office free from anxiety because of his and his colleagues' assiduity. There has been no limit to the burdens he would willingly take upon himself in his absolutely unselfish devotion to the interests of the Society. Such a use of what might have been the leisure of half a life-time has put mathematical science under an obligation for which no gratitude would be excessive. May he long be good enough, and have the health and strength, to add to this load of obligation!

The reason that Tucker had corresponded with the author of almost every paper submitted to the Society until 1902 was that he edited almost all of the first 30 volumes of the Proceedings of the London Mathematical Society. It is worth quoting from Tucker's reply to the testimonial he received after his move away from London in 1902 forced his resignation:-

There is one man who stands out as a brilliant mathematician and kind friend - I mean W K Clifford. He and H J S Smith made our meetings delightful to look back upon. To the former I was glad to be able to render such service as it was in my power to show. His wish that I should edit his papers was totally unexpected, and would have been impossible of execution had it not been for the promise of aid from others. The resignation of the Secretaryship to which I have devoted half my life will at first exercise a depressing effect upon me; but the rest I shall obtain, and the knowledge that I shall have acquired that my labours, though falling short of what they might have been, have been valued, will cheer me in my retirement. And now I conclude with a quotation which I used in my preface to Clifford's papers: 'If I have done well, it is that which I desired; but, if slenderly and meanly, it is that which I could attain unto.'

Already from this quotation the reader will have realised that a major mathematical contribution made by Tucker was his work as editor of William Kingdon Clifford's papers. Fifty-seven of Clifford's papers were collected and edited by Tucker and published in 1882 as Mathematical Papers. Tucker also wrote many biographies including those of Gauss, Sylvester, Chasles, Spottiswoode, and Hirst, all of which appeared in Nature. But, like a number of schoolmaster's at this time, he also made a contribution to research in geometry. He wrote over 40 research papers which were published in leading journals such as 17 papers in the Proceedings of the London Mathematical Society, 9 papers in the Proceedings of the Edinburgh Mathematical Society, 10 papers in the Messenger of Mathematics, and 4 papers in the Quarterly Journal of Pure and Applied Mathematics. These papers, although sometimes not of the highest quality, do contain a number of interesting ideas. For example in [1] Hill specially singles out for special mention his work on the Triplicate-Ratio Circle, the group of circles sometimes known as Tucker Circles, and the Harmonic Quadrilateral. The first of these appeared in The Triplicate-Ratio Circle (1883) and the second in A Group of Circles (1884), both papers being published in the Quarterly Journal of Pure and Applied Mathematics. His work on the Harmonic Quadrilateral is in Some Properties of a Quadrilateral in a Circle the Rectangles under whose Opposite Sides are Equal (1886) which John Sturgeon Mackay describes as follows:-

The first systematic study of harmonic quadrilaterals was made by Mr Tucker. ln his article "Some Properties of a Quadrilateral in a Circle the Rectangles under whose opposite Sides are equal," read to the London Mathematical Society on 12th February, 1885, and printed in 'Mathematical Questions from the Educational Times' (1886), he states that in his attempt to extend the properties of the Brocard points and circle of a triangle to a quadrilateral, he was brought to a stand at the outset by the fact that the equality of the angles does not involve the similarity of the figures for figures of a higher order than the triangle. Limiting his consideration to quadrilaterals which can be circumscribed by a circle, he arrived at several beautiful results ...

Finally let us mention one further point of interest concerning Tucker. He was an avid collector of photographs of mathematicians connected with the London Mathematical Society and his collection, now called the 'Tucker Collection', is kept in the archives in De Morgan House in London. I [EFR] have spent a happy hour looking through this fascinating collection of photographs of Presidents and the early members of the Society, many of which have been reproduced in the London Mathematical Society Newsletter.

... when he left London for Worthing in 1902, he was obliged to sell his fine mathematical library, and that the necessity of parting with it affected him deeply. He died at Worthing ... after a long period of illness.

Other Mathematicians born in England
A Poster of Robert Tucker

Other websites about Robert Tucker: