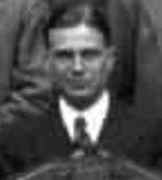 At the 1901 census, Frederick Bath is with his mother, Edith Matilda Bath, living with Albert Freeman (aged 40) and Mary A Freeman (age 62) in Bath. Albert is the head of the family and Mary is described as his wife. Edith is a visitor, aged 24, living on own means. Frederick is 6 months old and was born in Islington, London. At the 1911 census they are still living in Bath at 17 Shaftesbury Avenue, Lower Weston, Bath. Edith Matilda Bath is the head of the family but now Frederick has two siblings, Catherine Bath (born about 1906) and Robert Bath (born about 1910).

Frederick Bath attended King Edward VI School in Bath, England, where he held a scholarship. After completing his secondary education there, and winning a scholarship to Bristol University, he began his studies in Bristol. There he was particularly influenced by Peter Fraser, an outstanding lecturer. Dirac, who was at the University of Bristol at about the same time as Bath, wrote the following about Fraser:-

During [my] mathematical training [1921 - 23 at the University of Bristol], the man who influenced me most was Fraser. Fraser was a mathematician who never did any research, never published anything, but he was a wonderful teacher, able to inspire his students with real excitement about basic ideas in mathematics. ... There were two things I learnt from Fraser. One of these was rigorous mathematics. ... The second thing I learned from Fraser was projective geometry. Now that had a profound influence on me because of the mathematical beauty involved in it.

Fraser had the same strong influence on Bath, and he encouraged him to undertake research at Cambridge after he had graduated with First Class Honours in Mathematics from Bristol. Bath entered King's College, Cambridge, where he undertook research with H W Richmond. Bath was awarded his doctorate from Cambridge for his thesis Researches In The Geometry Of Algebraic Curves And Surfaces.

Bath taught at Edinburgh from 1937 to 1945. During these years he married Olga Heywood. The announcement of the marriage reads:-

Two years later the birth of a daughter, one of three children, was announced:-

At Queen Mary Nursing Home, Edinburgh, on 17 May 1942, to Olga, wife of Frederick Bath, a daughter.

Bath was a member of the Edinburgh Mathematical Society, joining in June 1928. He was honoured by being elected as President of the Society for session 1938-39 and again for session 1939-40. By 1940 Britain was at war with Germany and Bath undertook war service in the Department of Health for Scotland. When the war ended in 1945 he resigned his position in the University, finding it hard to live on the poor salary, and became a Civil Servant working at the Treasury. In 1949 he became secretary to the Nature Conservancy, returning to a Civil Service position as Assistant Secretary at the Ministry of Works. He was honoured with an OBE when he retired in 1969.

An obituary, written by W L Edge, appears in the Royal Society of Edinburgh Year Book 1984, pages 167-169.
We give a version of this obituary at THIS LINK.

Finally we mention that Bath published On circles determined by five lines in a plane in Proc. Cambridge Philos. Soc. 35 (1939). N A Court writes:-

The known properties of the circles of the figure are proved synthetically and very elegantly by placing the plane in a four dimensional space.

Other Mathematicians born in England
A Poster of Frederick Bath

Other pages about Frederick Bath:

Other websites about Frederick Bath: