Born
16 March 1821
Berlin, Germany
Died
21 October 1881
Halle, Germany
Summary
Eduard Heine is best remembered for the Heine-Borel theorem. He was responsible for the introduction of the idea of uniform continuity. 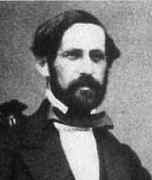 Eduard Heine's parents were Karl Heinrich Heine, a banker, and Henriette Maertens. Eduard was the eighth of his parents nine children. He received his early instruction at home, then entered the Friedrichswerdersche Gymnasium. He later changed to study at the Köllnische Gymnasium in Berlin where mathematics and natural sciences were taught. After his Abitur in the autumn 1838, Heine entered the University of Berlin. After one semester he went to the University of Göttingen where he attended lectures by Gauss and by M A Stern on number theory.

After three semesters at Göttingen, Heine returned to the University of Berlin where he where he was taught by Dirichlet. He also attended geometry lectures by Steiner, and astronomy lectures by J F Encke, the director of the observatory. However, he also got to know the other outstanding mathematicians in Berlin: Weierstrass, Kummer, Kronecker, and Borchardt. Throughout his life he maintained his contacts with these mathematicians, making numerous journeys to Berlin. He remained at Berlin to undertake research which was supervised by Enno Dirksen and Martin Ohm. Heine submitted his thesis De aequationibus nonnullis differentialibus Ⓣ and was awarded the degree on 30 April 1842. The thesis was dedicated to Dirichlet. Following this he spent a year at Königsberg studying with Jacobi and Franz Neumann. He took part in the Königsberg mathematical semiar which was also attended by Aronhold, Kirchhoff, and Seidel.

On 20 July 1844 Heine habilitated at the University of Bonn where he was appointed as a privatdozent. There he was promoted to extraordinary professor on 13 May 1848 and in 1850 he married Sophie Wolff, the daughter of a merchant from Berlin; they have five children, four daughters and a son. On 6 September 1856 Heine was promoted to ordinary professor at Halle. Before arriving at Halle, Heine published on partial differential equations and during his first few years teaching at Halle he wrote papers on the theory of heat, summation of series, continued fractions and elliptic functions.

At Halle, Heine taught a variety of courses such as: potential theory and its applications, number theory, Fourier series, trigonometric series, mechanics, and the theory of heat. Wangerin, who was an undergraduate in Halle in 1862, and attended lectures by Heine, wrote:-

As academic teacher Heine was greatly liked. His lectures were distinguished by clarity and were well received. He always pointed out to his students that it is not sufficient to read text books and manuals, rather it was necessary for them to study the approach in original papers.

Heine worked on Legendre polynomials, Lamé functions and Bessel functions. He is best remembered for the Heine-Borel theorem:-

... a subset of the reals is compact if and only if it is closed and bounded .

The paper [2] analyses letters written by Heine and found in 1988 in the Institut Henri Poincaré. The second part of this paper covers the history of the Heine-Borel theorem and is summarised in the following review:-

The last half of the paper is devoted to a more systematic account of the gradual discovery and formulation of the so-called Heine-Borel theorem. It begins with the implicit use of the theorem in various proofs of the theorem stating that a continuous function on a closed, bounded interval is uniformly continuous. The first proof of this theorem was given by Dirichlet in his lectures of 1862 (published 1904) before Heine proved it in 1872. Dugac shows that Dirichlet used the idea of a covering and a finite subcovering more explicitly than Heine. This idea was also used by Weierstrass and Pincherle. Borel formulated his theorem for countable coverings in 1895 and Schönflies and Lebesgue generalized it to any type of covering in 1900 and 1898 (published 1904), respectively. Dugac shows that the story is in fact much more complicated and includes names such as Cousin, Thomae, Young, Vieillefond, Lindelöf. The priority questions are nicely illustrated with quotes from the correspondence between Lebesgue and Borel and other letters.

Other Mathematicians born in Germany
A Poster of Eduard Heine

Other pages about Eduard Heine:

Other websites about Eduard Heine: